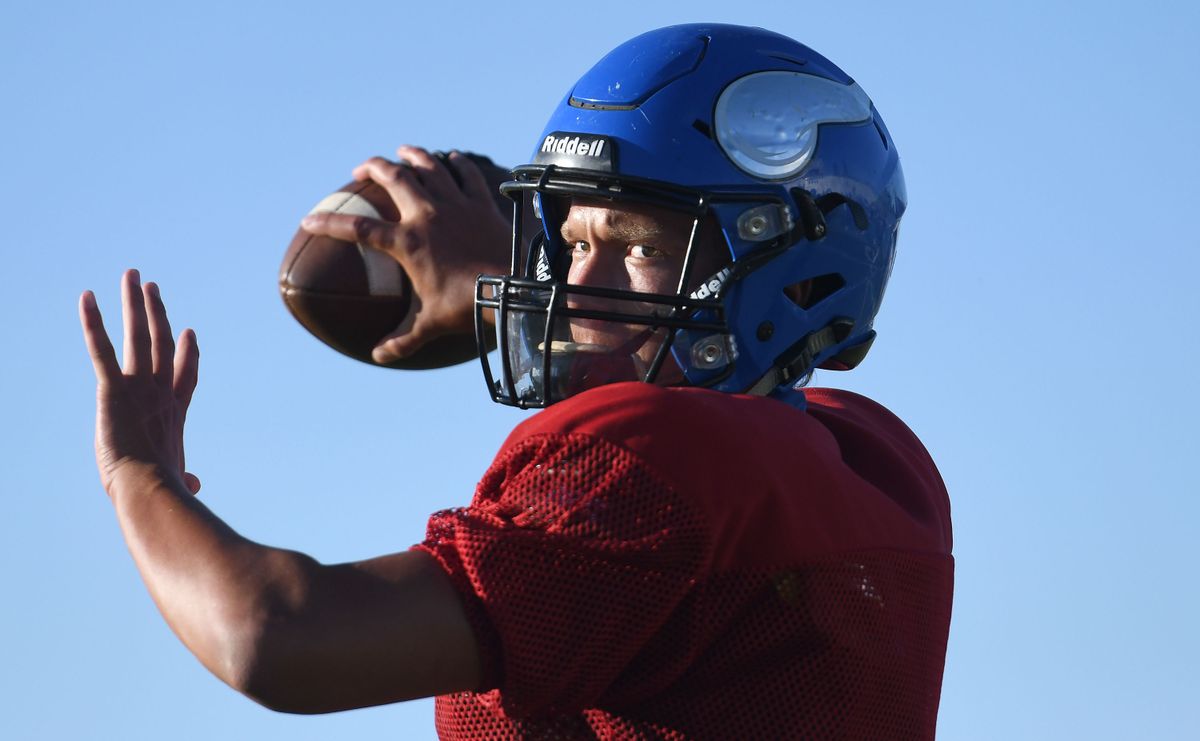 It’s Week 5 for Idaho football, and the No. 1-ranked team in the top classification in the state has played only two games, both against lower-classified opponents. That situation gets rectified this week.

Also, ramifications of the pandemic reached North Idaho, as District I has its first COVID-19-related cancellation.

Game of the week

Coeur d’Alene (2-0) at Lake City (1-3): This rivalry game is a nonleague contest, but that won’t diminish the intensity. The Vikings have had little trouble dispatching 4A foes Sandpoint (55-0) and Lakeland (41-7), and they get their first taste of 5A action against a wounded Timberwolves squad.

Lake City has had back-to-back rough showings, first with a 20-15 loss to Sandpoint before blowing a 13-0 halftime lead against Post Falls last week en route to a 34-13 final. All-Inland Empire quarterback Chris Irvin has suffered 10 interceptions the past two weeks, with five coming in that second half against the Trojans.

“I mean that’s not – those are not all on him,” LC coach Brian Fulp said after the Post Falls loss. “We as receivers, everybody, that’s – we got a whole team, we got to help everybody out, so that is not on him.”

CdA just wants to get back on the field. Its first game against an Alaska team was canceled due to travel restrictions, and the Vikings had a scheduled bye last week, so they’ve only played twice in the four-week season.

When they have played, quarterback Jack Prka had directed an efficient air attack, while Gunner Giulio and Trent Erstad have grounded out first downs and touchdowns.

Post Falls (3-1) at Lakeland (2-2): This traditional rivalry, the “Battle of the Prairie,” was canceled on Thursday due to COVID-19 concerns, the first football cancellation in North Idaho due to the pandemic.

Kiefer said after several good practices, the cancellation was a letdown.

“Yeah, a little disappointing. Well, a lot disappointing,” he said. “But these things happen. We’re looking at this like a speed bump. Hopefully, we miss just the one game and we can get the rest of our season in.”

Sandpoint (1-2) at Lewiston (2-2): Lewiston was somewhat shocked by Lakeland last week, when the 4A Hawks fairly dominated the line of scrimmage and downed the bigger Bengals 39-24. The game had been moved from Rathdrum to the Kibbie Dome because of the poor air quality in North Idaho due to the West Coast wildfires.

Lewiston finally gets its first home game of the season, hoping the home cooking allows quarterback Kash Lang and tailback Cruz Hepburn to get on track.

The Bulldogs have had some tough sledding thus far, with lopsided losses to Post Falls and Coeur d’Alene, but a strong defensive performance earned them a win over Lake City two weeks ago.

Moscow (0-0) at Bonners Ferry (2-1): The Bears were expected to make some serious noise in the 4A ranks this season, but lost several weeks to their opponents when the Moscow School District initially decided to opt out of interscholastic competition.

The board reconsidered its decision, and now that Moscow has 10 practices in, the Bears will finally take the field this week in Bonners Ferry.

The Bears are led by defending league offensive MVP senior quarterback Chad Redinger, coming off a 2019 campaign that saw him score 24 touchdowns – 14 passing and 10 rushing – against three interceptions over eight games.