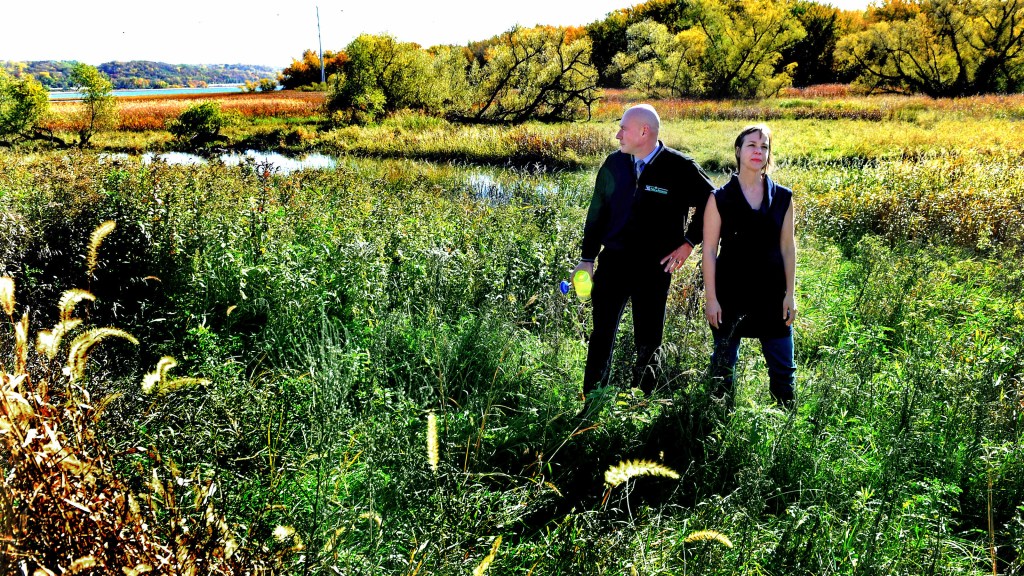 Plans to make the 500-acre lake in St. Paul’s Battle Creek neighborhood more bird and people friendly have been in the works since the U.S. Army Corps of Engineers took the lead in 2015.

The lake and surrounding land, which has been dubbed St. Paul’s largest and most unused park, has the misfortune of being framed by Pigs Eye landfill to the north, the Metropolitan Wastewater Treatment Plant to the northeast, the Canadian Pacific Railway Stockyard to the east, and the Red Rock Terminal barge port to the south.

The lake has suffered from increased sediment and erosion. Fertilizer in run off from Battle Creek prompted weed growth and cut oxygen.

Officials plan to used dredged material from the Mississippi River’s Pool 2 (the portion above the dam at Hastings to the Ford Dam) to build six islands to encourage bird nesting.

Three of the islands will look more like berms, split in the middle to create areas sheltered from wind and waves.

The plan also includes getting rid of invasive species and reworking the wetlands so they function better as a sediment and run-off strainer to water entering the lake.

The project is being funded with $11.3 million in federal funds and $4.3 million from Ramsey County. The county’s portion is being paid for by a grant through the Lessard-Sams Outdoor Heritage Council, which is funded by the state’s Clean Water Land and Legacy Amendment.

To submit a comment by mail, send it to the Ramsey County Parks Commission, 2015 Van Dyke, Maplewood, MN, 55109 or email scott.yonke@ramseycounty.us.