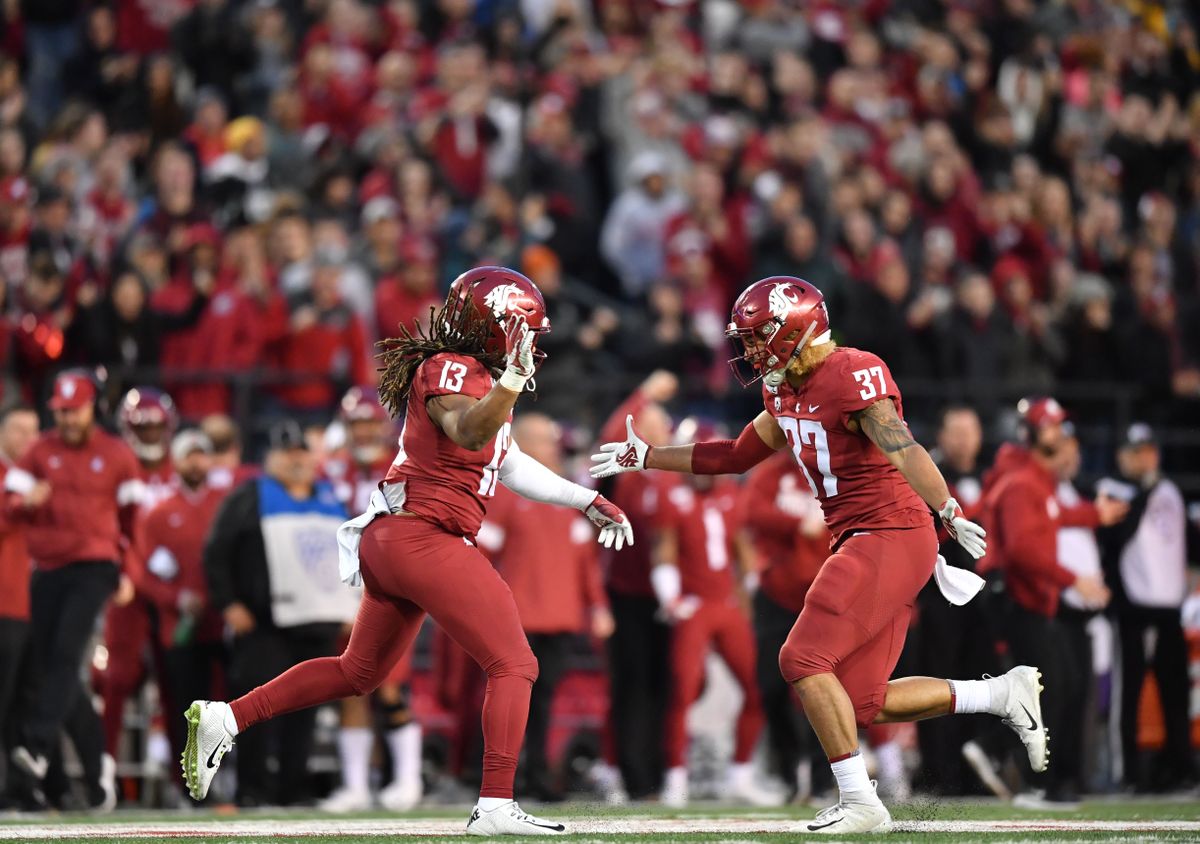 Jaylen Watson’s tweet mirrored what every one of his Washington State teammates must have felt before they hit the sheets Wednesday night.

“Praying for great news tomorrow!!” wrote Watson, a transfer cornerback who joined the Cougars in June.

With both optimism and uncertainty tugging at them all week, Pac-12 football players were able to rejoice Thursday as the conference’s presidents and chancellors elected to resume the fall season during a late afternoon Zoom call, voting to start the 2020 campaign on Nov. 6.

The conference also gave men’s and women’s basketball the nod to begin their respective seasons on Nov. 25, consistent with the rest of the NCAA.

Pete Thamel of Yahoo! Sports reported football teams could start as early as Nov. 6, a Friday, but all 12 teams in the conference will be playing games the first weekend of November. According to Bonagura, teams will play seven-game schedules, with a Pac-12 championship game on Dec. 18.

Pac-12 teams not participating in the conference championship game will play a seventh game on the weekend of Dec. 19, against an opponent from the other division, Thamel reported. The seven-game schedule indicates Washington State will play each of its five Pac-12 North opponents – Washington, Oregon, Oregon State, California and Stanford – and two teams from the South.

The Nov. 6-7 start date leaves no wiggle room for postponements or reschedules, and indicates Pac-12 teams will have to play seven games in seven weeks. Already, there have been 21 college football games postponed due to COVID-19 and the University of Houston, a team that was on Washington State’s original schedule, has had four games pushed back.

Fans won’t be allowed to attend Pac-12 football games this fall, but the conference will revisit that conversation in January of 2021 for men’s and women’s basketball.

The Pac-12’s “CEO Group,” consisting of chancellors and presidents from around the league, voted unanimously to resume the football season, Thamel reported. The conference intends to release a revised schedule in the “coming days,” according to a press release.

Football teams that have obtained approval from local health authorities may begin practicing immediately. That applies to Washington State, which was one of the first Pac-12 schools to receive clearance on the state and county level.

“From the beginning of this crisis, our focus has been on following the science, data and counsel of our public health and infectious disease experts,” Pac-12 Commissioner Larry Scott said. “Our agreement with Quidel to provide daily rapid-results testing has been a game-changer in enabling us to move forward with confidence that we can create a safe environment for our student-athletes while giving them the opportunity to pursue their dreams. At the same time, we will continue to monitor health conditions and data and be ready to adjust as required in the name of the health of all.”

The news comes exactly three weeks after the conference announced a groundbreaking partnership with Quidel Corporation, a diagnostic testing manufacturer, which now enables Pac-12 football programs to conduct daily COVID-19 tests. The conference’s medical advisory board suggested more than a month ago daily testing would be a prerequisite for playing football this fall, and the Pac-12’s deal with Quidel was unexpected, allowing the CEO group to entertain discussions around a 2020 season. Quidel’s rapid testing machines were supposed to arrive on Pac-12 campuses this week.

In addition to the daily antigen testing Pac-12 teams will now utilize, every school must also administer one weekly PCR test. All positive COVID-19 tests must also be be confirmed via PCR testing.

“Going forward, the resiliency and commitment of our Cougar student-athletes should be applauded,” WSU Director of Athletics Pat Chun said in a statement. “They have adapted to unforeseen adversity and have not wavered in their commitment to their respective teams. We look forward to seeing our student-athletes back in their natural habitats of practicing, competing and being extraordinary representatives of WSU.”

No different than the last month and a half, Thursday didn’t come without its hurdles. The Boulder Daily Camera reported Thursday morning Boulder County, home of the University of Colorado, would be halting gatherings for college-aged residents after the area witnessed a spike in COVID-19 cases. The newspaper indicated the county wouldn’t make an exception for Colorado athletes, which would theoretically prohibit the Buffaloes football team from beginning preseason camp on time.

According to Jon Wilner of The Mercury News, Colorado wasn’t “caught off guard” by the Boulder County order and had already began “working on contingency plans.”

While the CU situation propped up a roadblock for the Pac-12, another one seemingly cleared on Thursday. Health officials in California committed to expanding cohort numbers to a “workable number for football practices,” Wilner reported. The state’s previous cohort number of 12 may have been suitable for certain strength and conditioning workouts, but not full-contact practices.