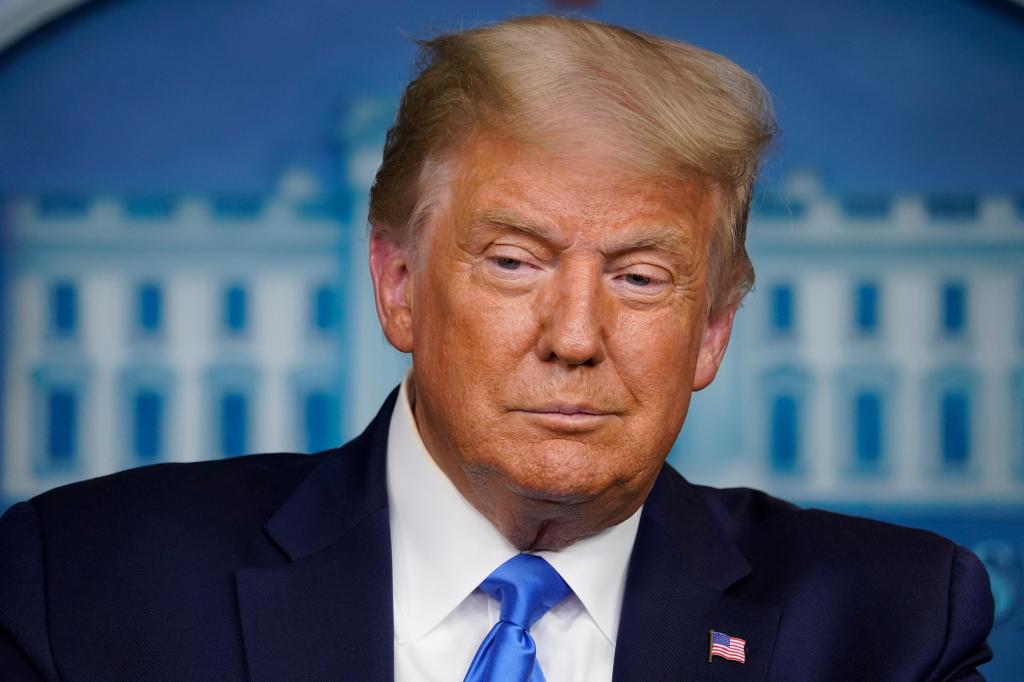 WASHINGTON — President Donald Trump’s refusal to commit to a peaceful transfer of power if he loses drew swift blowback Thursday from both parties in Congress, and lawmakers turned to unprecedented steps to ensure he can’t ignore the vote of the people. Amid the uproar, Trump said anew he’s not sure the election will be “honest.”

Many other lawmakers — including from Trump’s own Republican Party — vowed to make sure voters’ wishes are followed ahead of Inauguration Day in January. And some Democrats were taking action, including formally asking Trump’s defense secretary, homeland security adviser and attorney general to declare they’ll support the Nov. 3 results, whoever wins.

Asked as he departed the White House for a campaign rally if the election is only legitimate if he is the winner, Trump said, “We’ll see.”

The president said he wants to “make sure the election is honest, and I’m not sure that it can be.”

Trump’s attacks on the upcoming vote — almost without modern precedent in the U.S. — are hitting amid the tumult of the campaign, as partisan tensions rage and more Americans than ever are planning to vote by mail because of the coronavirus pandemic.

It’s not the first time he has sowed doubts about the voting process. But his increased questioning before any result is setting off alarms ahead of an Election Day like no other. Even without signs of illegality, results could be delayed because of the pandemic, leaving the nation exposed to groups or foreign countries seeking to provoke discord.

McConnell, the GOP Senate leader, said in a tweet: “The winner of the November 3rd election will be inaugurated on January 20th.” He said, “There will be an orderly transition just as there has been every four years since 1792.”

“You are in the United States of America. It is a democracy,” she said, reminding Trump this is not North Korea, Russia or other countries with strongman leaders he admires. “So why don’t you just try for a moment to honor our oath of office to the Constitution of the United States.”

Trump is fanning the uncertainty as he floats theories the election may be “rigged” if he loses, echoing warnings he made ahead of the 2016 voting — even though past elections have not shown substantial evidence of fraud from mail-in voting.

During a Wednesday news conference, Trump said, “We’re going to have to see what happens,” responding to a question about committing to the results. “You know that I’ve been complaining very strongly about the ballots, and the ballots are a disaster.”

Reaction to his comment was strong from Capitol Hill — from both parties.

Lindsey Graham, a Trump ally and the GOP chair of the Senate Judiciary Committee, told “Fox & Friends” on Thursday, “If Republicans lose we will accept the result. If the Supreme Court rules in favor of Joe Biden, I will accept that result.

Rep. Liz Cheney of Wyoming, a member of the House GOP leadership, tweeted: “The peaceful transfer of power is enshrined in our Constitution and fundamental to the survival of our Republic. America’s leaders swear an oath to the Constitution. We will uphold that oath.”

Joe Biden, the Democratic presidential nominee, was incredulous, “What country are we in?” he said late Wednesday of Trump’s comment. “Look, he says the most irrational things. I don’t know what to say about it. But it doesn’t surprise me.”

On Capitol Hill, Trump’s possible refusal to accept the election results has been discussed privately for weeks as lawmakers consider options. One senator said recently it was the biggest topic of private discussions.

Two House Democrats, Reps. Mikie Sherill of New Jersey and Elissa Slotkin of Michigan — both members of the Armed Services Committee — are formally asking members of Trump’s Cabinet to go on record and commit to upholding the Constitution and peaceful transition.

Gen. Mark Milley, chairman of the Joint Chiefs of Staff, responded in a letter to the lawmakers last month that he sees “no role” for the military to intervene in a disputed election.

But Defense Secretary Mark Esper declined to respond to the lawmakers’ questions. Similar queries have been sent to Attorney General William Barr and acting Homeland Security Secretary Chad Wolf. They have yet to respond.

“The president can’t successfully refuse to accept the results of the election without a number of very senior officials aiding him,” said Slotkin, a former CIA analyst.

Sherill, a former Navy pilot, said peaceful transition “really relies a lot on the Cabinet officers turning over their departments to the next administration.” She told The Associated Press recently she wants to hear from “all of them.”

Meanwhile, Republicans are rushing to fill the vacancy on the Supreme Court created by Ruth Bader Ginsburg’s death, partly to ensure a Trump-friendly court majority to resolve any post-election lawsuits by their party or Trump himself.

Texas Sen. Ted Cruz is among leading Republicans pushing the importance of the court’s role. And Graham suggested on Fox that the Supreme Court could end up all but declaring the winner.

“He wants to be named president for life?” Sen. Elizabeth Warren, D-Mass., exclaimed at the Capitol. That’s how a “dictator” operates, she said. “That’s not how a democracy works.”

Earlier Thursday, the White House Press Secretary Kayleigh McEnany sought to clarify Trump’s words, saying he “will accept the results of a free and fair election.”

But the press secretary added that Trump wants to “get rid of mass, mail-out voting.”

The president, who uses mail-in voting himself, has tried to distinguish between states that automatically send ballots to all registered voters and those, like Florida, that send only to voters who request them. Five states that routinely send mail ballots to all voters have seen no significant fraud.

Of the nine states with universal ballots this year, only Nevada is a battleground, and likely pivotal only in a total national presidential deadlock.

Before the 2016 election, much as now, Trump refused to commit to accepting the results during the summer.