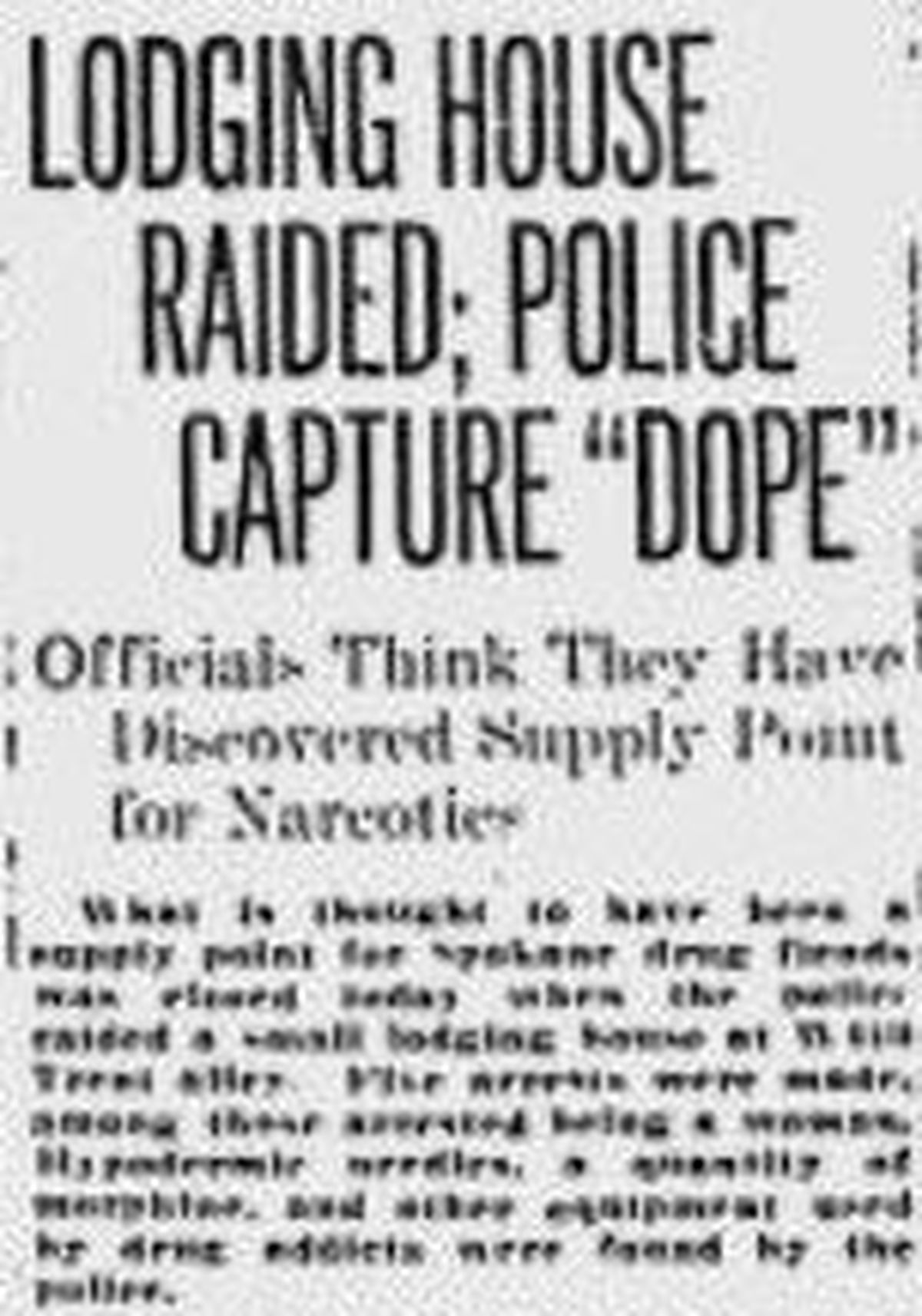 Spokane police raided a Trent Avenue lodging house that they believed to be “a supply point for Spokane drug fiends.”

Police bagged five suspects, a quantity of morphine, and number of hypodermic needles.

Officers said the place passes for a small lodging house, “but is in reality not used for lodging at all.” One of the men arrested was a 21-year-old employee of a messenger agency that had recently been closed by the city because it was operating as a drug-trafficking business.

When police raided the lodging house, the messenger had just finished selling drugs to three members of the same family: A 66-year-old father, a 30-year-old son, and his 26-year-old wife.

From the citizenship beat: A number of people of varied nationalities became U.S. citizens in a session at the federal courthouse in Spokane.

The naturalization examiner asked them a number of questions, including one that seemed unusual. He asked them about the Wobblies (members of the Industrial Workers of the World).

John McCormack, of Great Britain, said he didn’t know what a Wobbly was.

“You don’t know what a Bolshevik or a Wobbly is?” asked the examiner.

“No, sir, I don’t. Wobblies are a mystery to me,” said McCormack, evoking laughter throughout the courtroom.

He was among many granted citizenship, including Italians, Norwegians and Germans.