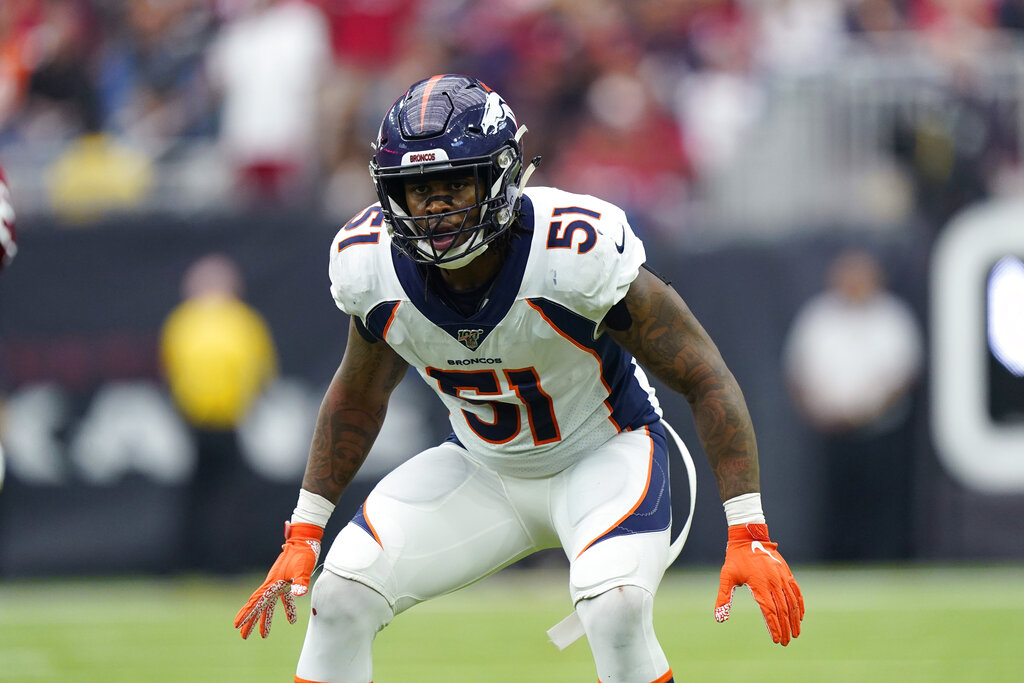 With the Vikings needing help at linebacker due to the season-ending shoulder injury suffered by Anthony Barr, a source said Thursday they will sign free agent Todd Davis to a one-year contract.

Davis went through coronavirus testing this week and worked out with the team Thursday. The Vikings liked what they saw and offered a deal to the six-year veteran. He will practice with the team later Thursday.

Davis was a starter for the past four seasons with Denver, and led the Broncos in tackles in three of those seasons. He will be reunited on the Vikings with offensive coordinator Gary Kubiak, who was Denver’s head coach from 2015-16.

Barr, a four-time Pro Bowl selection, suffered a torn right pectoral muscle in last Sunday’s 28-11 loss at Indianapolis. He was ruled out for the season on Monday and placed on injured reserve.