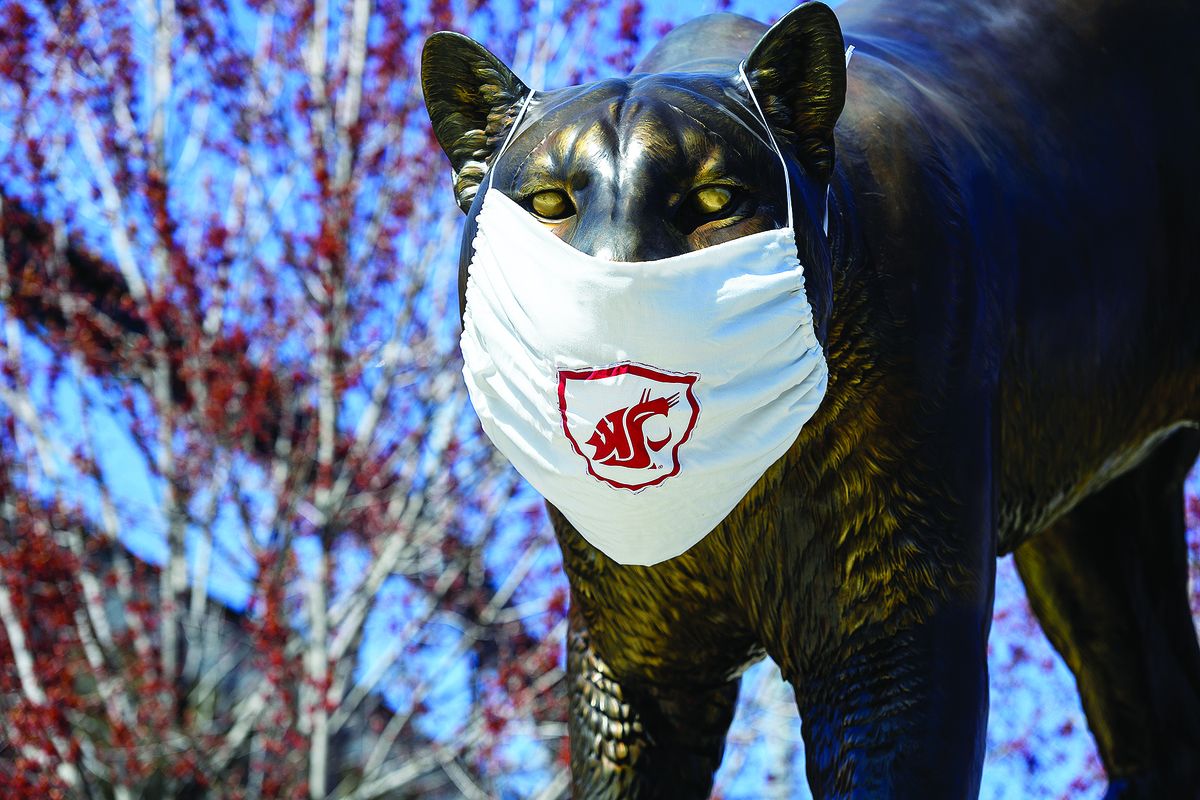 The officer who wrote Washington State University’s women’s basketball coach a ticket accusing her of having a party on her property in violation of COVID-19 gathering rules, suggested she move the party as opposed to disbanding it.

Pullman has seen one of the fastest growing COVID-19 outbreaks in the United States over the past few weeks.

About 1 in 5 people who took a COVID-19 test in Pullman tested positive last week. The town’s COVID-19 case numbers grew about nine-fold in the month since students returned Aug. 20, despite the university conducting nearly all classes online.

As students take flack for parties driving the spread, body camera footage obtained by KREM shows a police officer telling women’s basketball head coach Kamie Ethridge suggesting “out of sight, out of mind,” repeatedly, in response to an Aug. 29 party held in her driveway.

Rather than putting on masks or breaking up the gathering outside, Ethridge invited her guests inside, heeding the officer’s advice.

Students’ unwillingness to stop partying has taken much of the blame for spiking cases.

Pullman is known for its wild tailgates and Greek parties, said Andrew Thomas, WSU’s Interfraternity Council director of public relations. Its rural location “in a wheatfield tucked in some hills,” offers little other entertainment, he said.

That party college perception is not new. In 1998, about 200 students rioted in response to a ban on on-campus drinking, injuring 23 officers. Party-goers threw garbage and portable toilets into the street to use as fodder for bonfires. Police suffered concussions and broken bones after a crowd descended on them for two hours with rocks, beer bottles and chairs.

But when Pullman police announced this August that they’d crack down on parties in response to climbing case counts, not all of the nuisance infractions involved students.

The police department has been reviewing body camera footage of nuisance party ordinance citations, Pullman Police Chief Gary Jenkins said in a statement. Most calls came from College Hill where students live. But he said he did not see “messaging similar” to that at Ethridge’s house in other instances. He called the officer’s comments “inappropriate.”

Body camera footage from the police officer who issued the citation Aug. 29 shows the officer arriving outside Ethridge’s house where a group of more than 15 people, including a few children, gathered in the driveway without masks.

The governor’s order prohibits gatherings of more than 10 people.

“Unfortunately,” the officer said to Ethridge, “Our directive is to write tickets to those who aren’t abiding by that because there’s been a massive public outcry and we’re doing that with all the students up on the hill,” referencing College Hill.

The officer recommended Ethridge’s group wear masks before adding, “Really the key is out of sight out of mind. So, backyard or in the house.”

Through their interactions, the officer repeated “out of sight, out of mind” and added, “I hate doing this,” though he still issued Ethridge a ticket for the violations.

In a statement released by WSU Athletics, Ethridge apologized for violating guidelines because “there was a gathering held on my driveway, which I did not host.”

“But as the guidelines state, the owner of the property is responsible for maintaining proper social distancing and mask wearing for all that are in attendance. As this did occur on my property, I take full responsibility,” she said. “As a role model in our community, I will work to set a better example.”