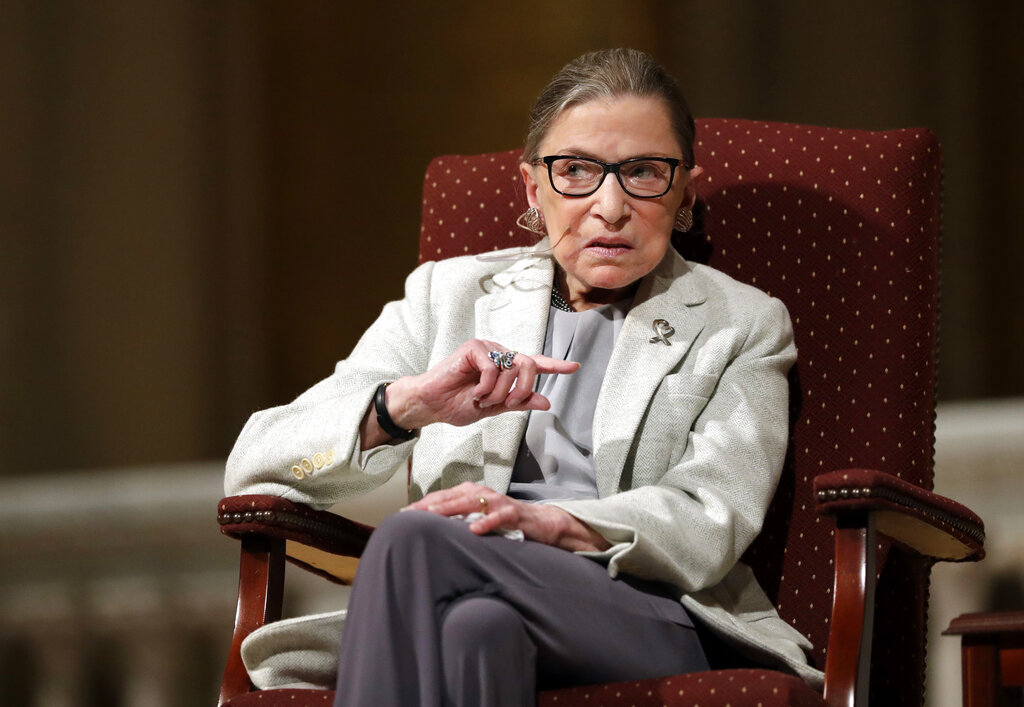 The loss of Ruth Bader Ginsburg is a double blow. It will be felt as a personal loss by millions of Americans, and it will stress America’s politics at a moment when its fabric is already threatening to come apart.

Justice Ginsburg taught many lessons over the course of her career in the law. One of the most important will be easy to overlook, even though it offers a corrective for the country’s current debility. She exemplified the power of calm intellectual force, patiently applied — and proved that deeply felt disagreement was compatible with discourse and collegiality.

Building on the work of others (as she always insisted), she transformed the country’s legal order even before taking her place on the highest court, dismantling piece by piece a system of legally supported discrimination against women. Her method was ingenious. She fought cases that highlighted the absurdity of the prevailing rules in ways that forced men, hitherto complacent in the face of unacknowledged injustice, to see what they were accustomed to ignore.

In 1975, for instance, she successfully challenged a Social Security rule that saw women as secondary earners and denied husbands survivor benefits on the death of their wives. In this as in other cases, she represented the male victim of discrimination directed against women. Over the course of years, through successful advocacy and deliberate selection of cases, this strategy built a new understanding of what the law owed women: in a word, equality.

Once a member of the highest court, Ginsburg often found herself in the liberal minority, which she in due course came to lead. In this role, her dissents became unusually potent — not just for the simple language and straightforward reasoning she preferred, but because by design they moved the climate of opinion on the court, in Congress and among the public at large.

Justice Ginsburg was a liberal, to be sure, but not a stereotypical one. She often favored judicial restraint — and had reservations about Roe v. Wade, for instance, despite believing ardently in a woman’s right to choose. She feared that it had got too far ahead of public opinion, and might foreclose a debate that needed to take place. In this sense, she recognized the limits of judge-made law. She could disagree with the conservative judges without falling out. She was a pragmatic liberal incrementalist, not a revolutionary — and she demonstrated just how powerful that approach could be.

Her empty seat is almost certain to mean a bitter fight over who succeeds her. There’s every prospect that this battle will worsen the country’s crippling divisions, and further undermine the court’s standing as an institution that holds itself apart from prevailing partisan dysfunction. That is a prospect she would have deplored. All who wish to honor her memory, Republicans and Democrats alike, should keep this in mind — and strive, against the odds, to put the integrity of the institution first.