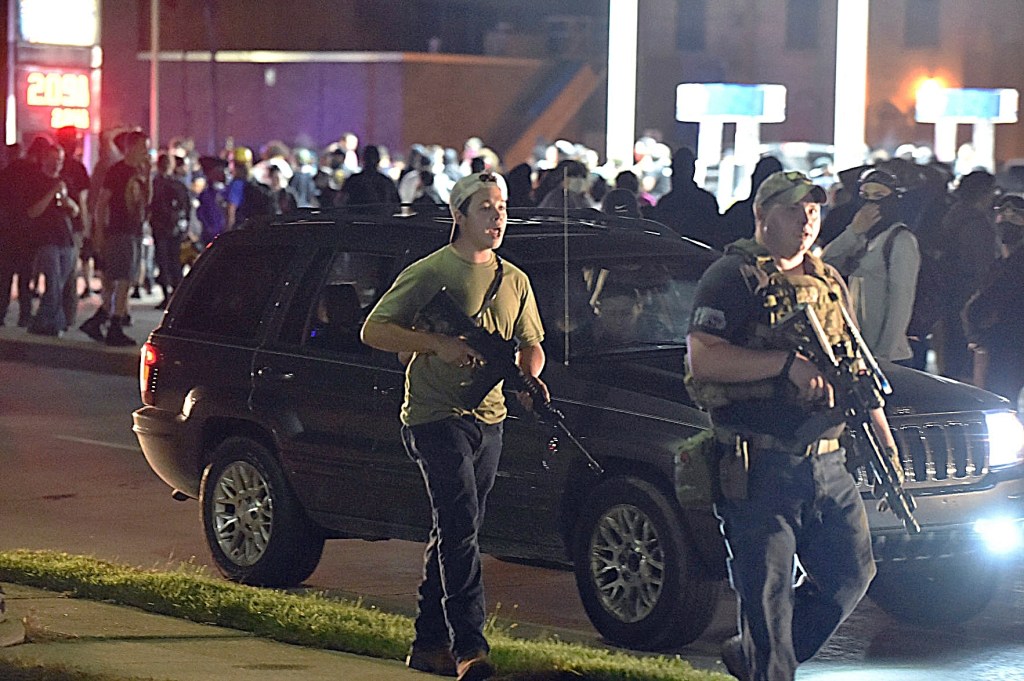 MADISON, Wis. — Facebook can’t be trusted to enforce its ban on violent rhetoric in the run-up to the November elections, as is evident by its refusal to remove a group’s call to arms to protect businesses in Kenosha last month before a night of unrest in which two protesters were shot and killed, according to a federal lawsuit filed Wednesday.

The lawsuit filed by the partner of one of the slain men, two protesters and a journalist warns that militias will continue to use Facebook to incite violence if President Donald Trump loses the Nov. 3 election but refuses to leave office. The suit seeks a court order that would force the social media giant to remove posts calling for violence as well as posts by militia groups and hate groups.

It also seeks unspecified damages for the plaintiffs, who say they were traumatized by their interactions with the armed men who turned up at the protests over the Aug. 23 shooting of a Black man, Jacob Blake, by a white Kenosha police officer. The officer shot Blake seven times in the back, leaving him paralyzed from the waist down. Cellphone video of the shooting sparked several nights of protests and unrest, leading the governor to call in the National Guard.

“Facebook’s inaction led to the death of two protesters, in addition to the harm suffered by Plaintiffs,” the lawsuit states. “The enabling and empowering of militias to conspire with its platform and tools allows white supremacist groups to recruit, organize, and thrive, while Facebook continues to profit from their activities, and those who fight for social justice continue to die.”

Kyle Rittenhouse, a 17-year-old police admirer from nearby Antioch, Illinois, has been charged with gunning down protesters Joseph Rosenbaum and Anthony Huber, and wounding a third man, Gage Grosskreutz, on the night of Aug. 25.

According to the lawsuit, a militia group calling itself the Kenosha Guard put out a call on its Facebook page for armed people to guard property in the city, which sits along Lake Michigan between Milwaukee and Chicago. Among those who took up the call was Rittenhouse, according to the suit.

“Armed and ready. Shoot to kill tonight,” a respondent commented on the post. “Ditto!” replied another.

The plaintiffs, citing a Buzzfeed story, argue that Facebook received more than 400 complaints about the post but that the company’s content moderators conducted several reviews and decided the post didn’t violate Facebook’s anti-violence policies. The Kenosha Guard removed its post the day after the shootings and Facebook took down the militia group’s entire page later that day, Buzzfeed reported.

The plaintiffs include Hannah Gittings, who describes herself as Huber’s life partner. She said she watched Huber die and suffered threats and insults from members of the Kenosha Guard and the Boogaloo Bois, an anti-government extremist group. Some of them pointed their guns at her, the lawsuit alleges.

Another plaintiff, Christopher McNeal, is Black and was confronted, commanded, assaulted and harassed by militia, according to the lawsuit. A third plaintiff, a Black woman named Carmen Palmer, says she traveled to the protest with her children and that militia members threatened her, sprayed her with pepper spray and slashed her group’s tires. The fourth plaintiff is Nathan Peet, a freelance journalist who says he tried to help Rosenbaum after he was shot but that his efforts were hampered by militia who “corralled” protesters following the shooting.

“The planning and preparation exhibited in this (Kenosha Guard) post led to Plaintiffs and other protesters being terrorized, assaulted, harassed, and placed in so much fear when facing the business end of military grade assault rifles that they determined it was too dangerous to continue to protest,” the lawsuit said.

The lawsuit also alleges that Facebook allowed a post to remain on its site for weeks calling on people to join the 2017 Unite the Right rally in Charlottesville, Virginia. A counter-protester, Heather Heyer, was killed when a white nationalist drove his car into her group.

Facebook CEO Mark Zuckerberg has apologized for allowing the Kenosha Guard’s post, calling it an “operational mistake,” the lawsuit said.

The company issued a statement Wednesday saying it removed Rittenhouse’s Facebook and Instagram accounts and that it had no evidence suggesting he followed the Kenosha Guard page or was invited to the event posting.

The company added that it “took action against organizations and content related to Kenosha,” including removing the Kenosha Guard page and content that praises or supports the shootings or Rittenhouse. And Facebook said it continues to remove content that violates its policies against posts or pages that advocate for violence during protests.

Rittenhouse faces two counts of homicide and one count of attempted homicide, among other charges. His attorneys have argued that he was only trying to protect an auto shop from looting and opened fire in self-defense after Rosenbaum tried to take his gun, Huber hit him in the head with a skateboard and Grosskreutz tried to take his gun.

The three officers who were at the scene when Blake was shot were placed on paid administrative leave while the state Department of Justice oversees an investigation into whether any of them should face charges.