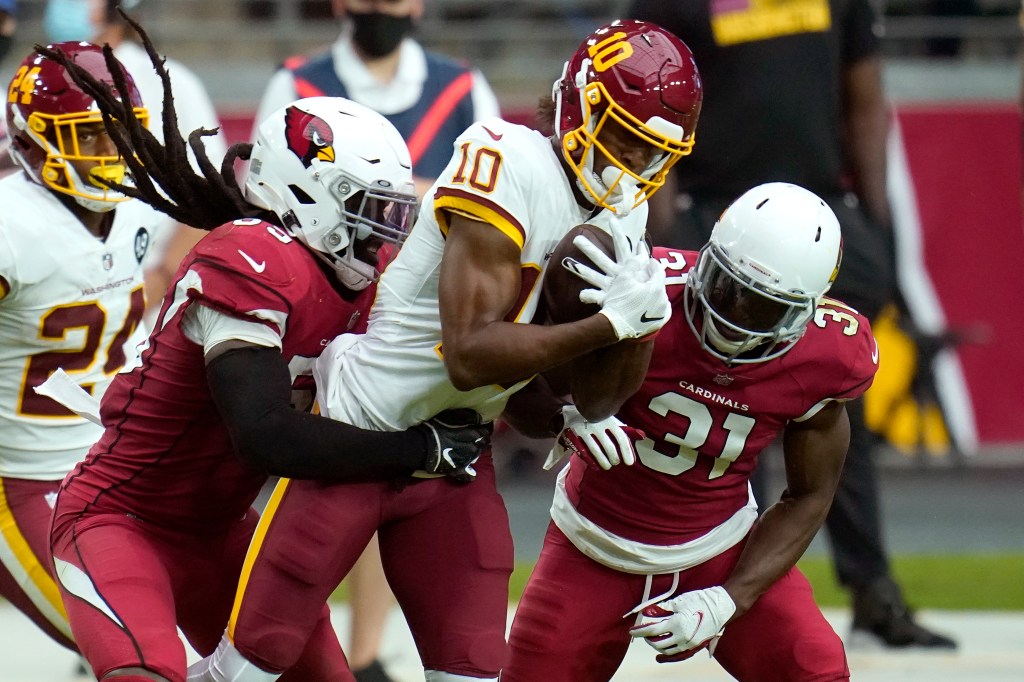 Due to injuries, only five former Gophers players participated in the NFL in Week 2.

Winfield made 11 tackles, with one quarterback pressure and a forced fumble against the Panthers. Wilson had 11 tackles, with a tackle for lost yards versus the Chargers. Campbell had 10 tackles and two pass breakups against Washington.

Cards coach Kliff Kingsbury praised Campbell, a fifth-year veteran, after his team improved to 2-0 on Sunday. “He’s been kind of an X factor,” Kingsbury said. “You watch where he was at and he was all over the field. Whether it’s the run game or the pass breakups, I mean, he was everywhere.”

Texans safety Eric Murray, the fourth and final starter among ex-U players, had seven tackles in 91 percent of defensive snaps against the Ravens.

Cardinals backup quarterback Chris Streveler played one offensive play in Week 2 after having one carry in his only snap in the opener.

Bucs rookie receiver Tyler Johnson, a fifth-round draft pick, has been inactive the first two weeks, playing behind other reserve WRs Scott Miller and Justin Watson because of Johnson’s training camp absences with a muscle injury.

“It depends strictly on how these other guys play,” Bucs coach Bruce Arians was quoted by the Tampa Bay Times on Sept. 21. “… It’s really missing that much time. It’s going to be hard to break in there.”

But injuries to other Bucs receivers later this week could mean a debut for Johnson in Week 3.

After playing in Week 1, Giants’ linebacker/special teams player Carter Coughlin was inactive with a hamstring injury, and Cardinals tight end Maxx Williams was put on injury reserve with an ankle injury. Coughlin returned to practice this week.