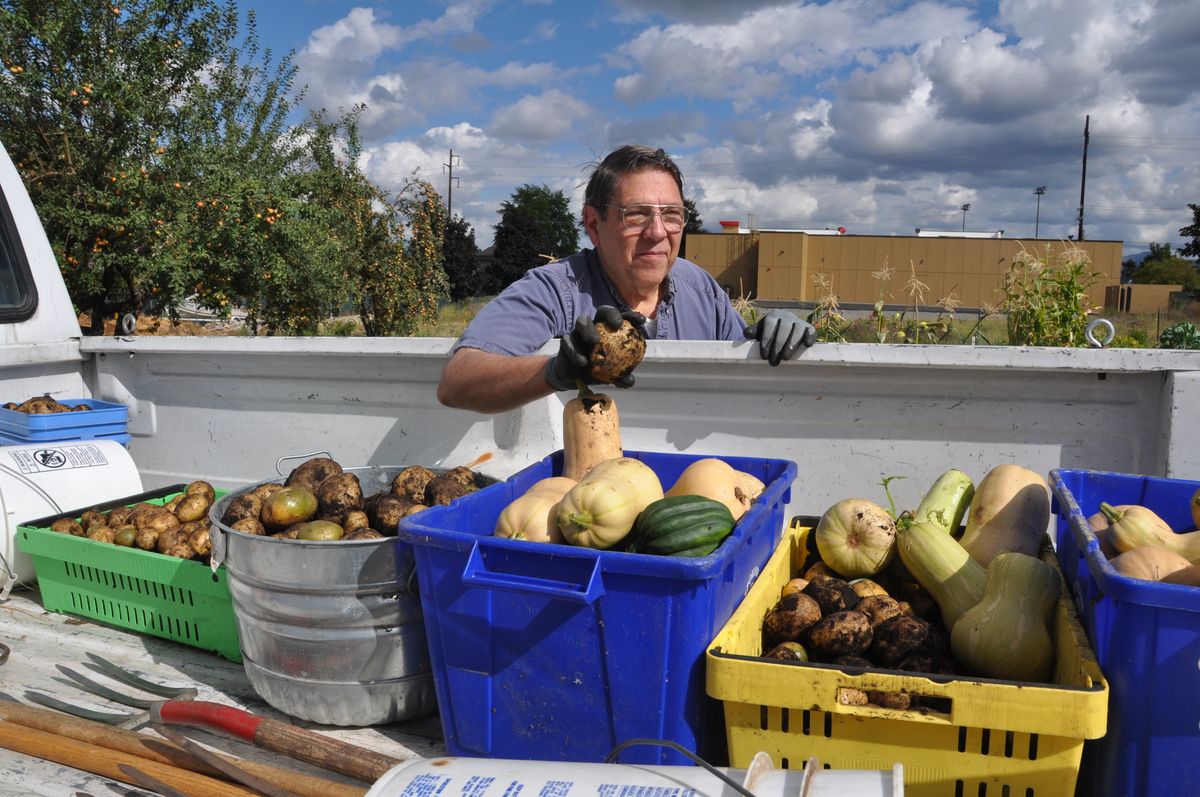 We can call this vegetable gardening season a wrap for the year.

Apart from some of the cabbage and frost-hardy plants, we can harvest tomatoes, peppers, squash, eggplant and cucumbers and know we got all we could out of the garden for the year.

It’s been a weird year.

Our cool, wet spring slowed down plant growth into early July. That meant the tomatoes weren’t blooming when it warmed up in mid-July. When they did start blooming, it was above 90 degrees and guess what? Tomatoes don’t set fruit when it’s that hot; the bees are busy keeping their hives cool, and the pollen won’t stick to the flower.

Finally, when it did start cooling off, we got hit with wildfire smoke that cut the sunlight off just when the fruit needed it the most. Yes, this is a rant of sorts. My entire tomato harvest amounted to 24 pounds from 18 plants and half of those were green.

But let’s get back to harvesting. Once the night temperatures go below 55 degrees, tomatoes and peppers won’t set fruit anymore so what’s on the plants now is what you are going to get. Frost is not far off, so get them picked. A gardening friend recently told me that tomatoes picked when they are half red and allowed to ripen indoors are just as flavorful as vine-ripened ones.

Winter squash should be harvested before we get a frost. You will probably have to hunt carefully under the leaves to find them all. Leave a piece of the stem attached to the squash, otherwise they won’t keep. A squash is ripe when it has good color, and it takes some effort for a thumbnail to dent the skin. Not quite ripe ones can be eaten right away.

Wash the dirt off and allow them to sit in a protected spot to harden their skins. Store them in a 60-degree spot in the house. We store ours on newspaper on my seed starting rack in our furnace room. Leave space between them and check frequently for spoilage. They should hold into the late winter.

Dig potatoes when the vines turn yellow and die back. Brush the worst of the dirt off and let them dry in a cool, dry place before packing them in cardboard boxes. Washing all the dirt off takes away some of the protective film on the skin and reduces their storage time.

We store ours in old fruit boxes because they can easily be stacked to conserve space. Cover the boxes loosely with black plastic bags to block the light which can turn the potatoes green and slightly toxic.

We store ours in the garage until we start getting 20-degree weather. Having the boxes stacked makes it easy to move them with a hand truck into the basement. I am going to have to find more boxes for our crop this year though; we harvested 203 pounds of potatoes last Sunday.