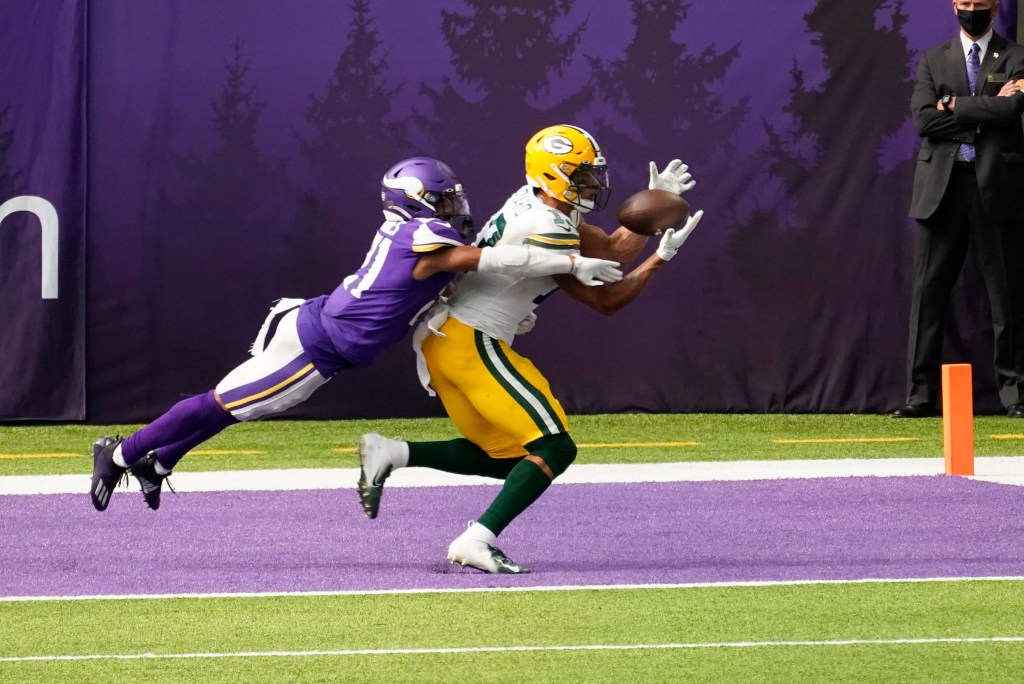 The Vikings were down two cornerbacks at Wednesday’s practice.

Out were Cameron Dantzler, who suffered a rib injury in the Sept. 13 opener against Green Bay and sat out last Sunday’s 28-11 loss at Indianapolis, and Mike Hughes. Hughes apparently was hurt against the Colts, and his injury will be disclosed when the injury report comes out later Wednesday.

Also sitting out practice were linebacker Troy Dye, who suffered an ankle injury against the Colts, and running back Mike Boone, who was lost in the second quarter of that game with a concussion.

The Vikings (0-2) next face Tennessee on Sunday at U.S. Bank Stadium.