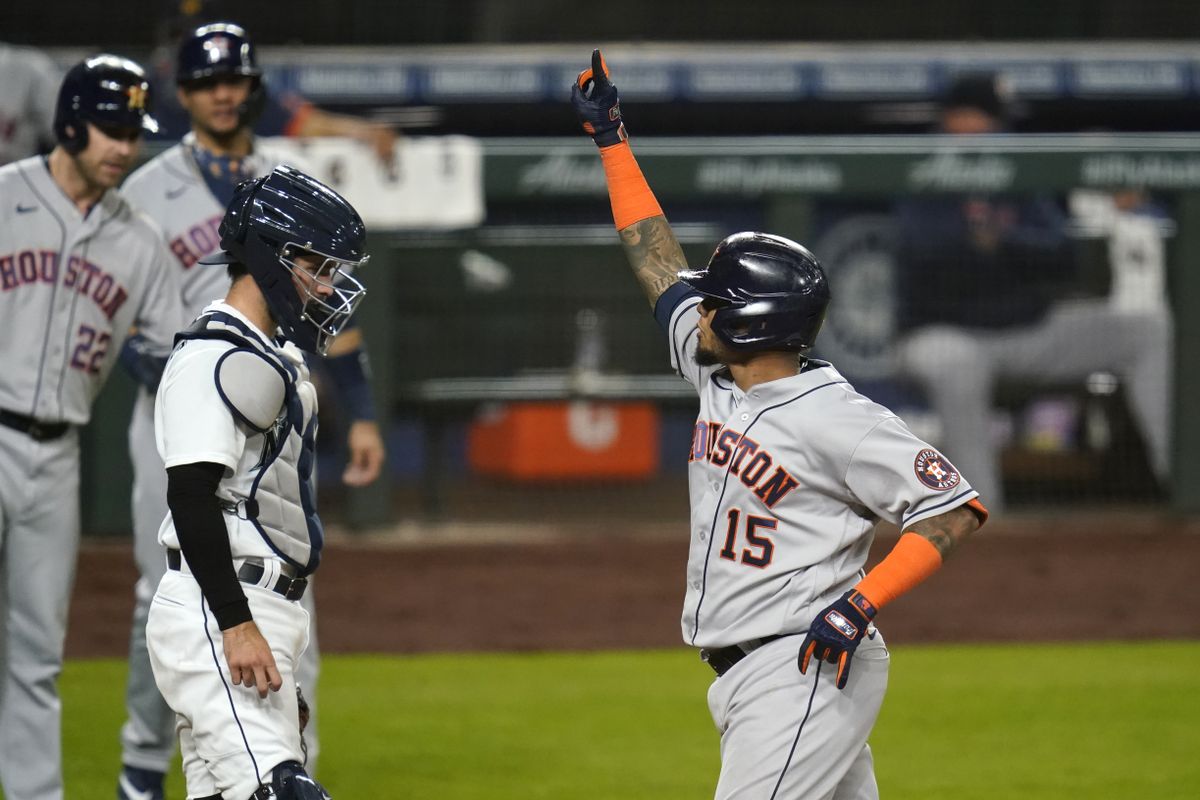 SEATTLE — In a game they desperately needed to win to keep the pulse of their fading hopes beating, the Seattle Mariners knew they would probably need to get four quality innings of bullpen work to have any sort of chance at a victory, well, unless they scored eight or nine runs.

It takes a special sort of faith or perhaps it’s masochism to knowingly rely upon the worst bullpen in the American League in this situation. But this is the roster that manager Scott Servais was given to work with in this rebuilding season, including an array of relievers that were either short on MLB experience or MLB success.

It’s like being asked to decide between a punch to the face or a kick in the gut, and somehow having to endure both.

So which was more likely to happen in the penultimate game of the season series against the rival Houston Astros Tuesday night at T-Mobile Park – four good innings from the bullpen or eight or nine runs?

Uh, that would be neither in a 6-1 defeat against Houston that felt frustratingly familiar to so many defeats the season.

There is another path which is the second wild card. The New York Yankees continued their seemingly weeklong destruction of the Toronto Blue Jays with a 12-1 pummeling. Toronto dropped to 28-27 and also sit four games ahead of the Mariners. But Seattle holds the tiebreaker in that scenario which is based on record in their last 20 division games.

The Mariners are hanging on by their fingernails while seemingly gnawing on them at the same time.

Any scoreboard watching of the Blue Jays won’t matter much if the same issues persist with the Mariners.

The offense made Astros erratic starting pitcher Framber Valdez look solid, scoring just one run on five hits while drawing no walks and striking out eight times. Kyle Seager drove in Seattle’s only run with a run-scoring double in the first inning.

After getting four solid innings from starter Ljay Newsome, who allowed one run, Servais didn’t want to take any chances having the young rookie face the top of Houston’s order for a third time.

Servais went to the bullpen after Newsome got Martin Maldonado to fly out for the first out in the fifth inning. Right-hander Casey Sadler entered the game and quickly retired George Springer and Jose Altuve to end the fifth.

Asked to work the sixth, Sadler started it and never finished. He gave up a wall-scraper of a solo homer to Michael Brantley in right field for a 2-1 Houston lead.

After retiring Alex Bregman, Sadler gave up a single to Preston Tucker, walked Yuli Gurriel and wild pitched them into scoring position and later uncorked another wild pitch that allowed Tucker to score to make it 2-1. Sadler got Carlos Correa to pop out to shallow left field not allowing a run to score. But a walk to Josh Reddick forced Servais to go to the bullpen again. Right-hander Brandon Brennan, who recently returned from the injured list and looked solid in his last outing, somehow made the inning worse. He fell behind 2-0 and then gutted a fastball that Martin Maldonado annihilated into deep left center for a three-run homer.

When the inning was finally done, the Astros led 6-1, and the Mariners were done.