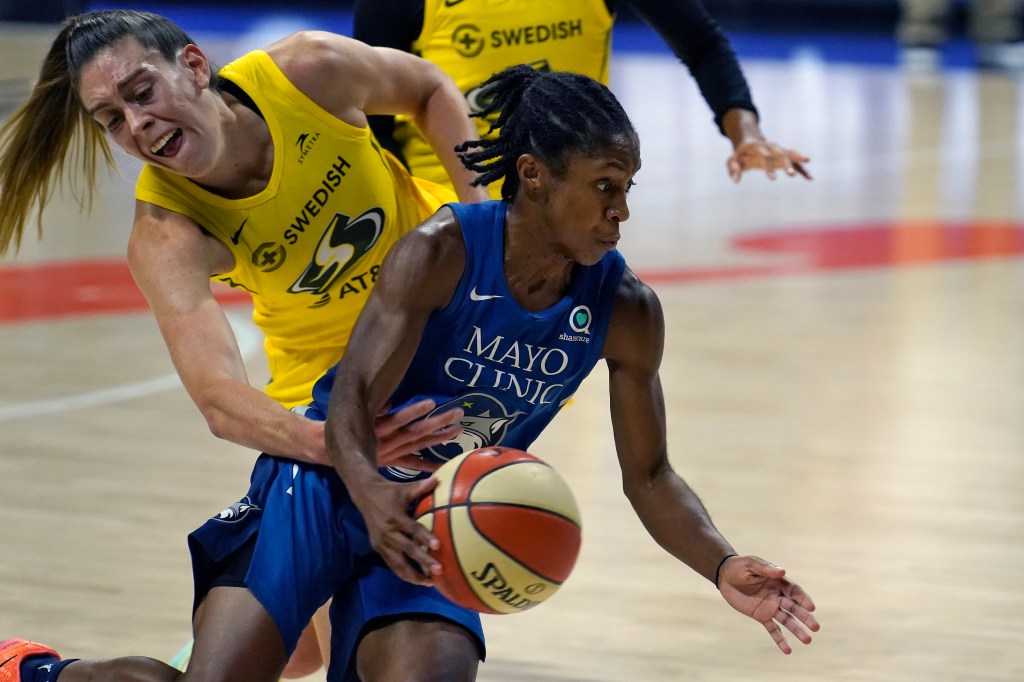 The Lynx limited turnovers, defended well and got an all-world performance from their best player, and it still wasn’t enough in Game 1 of the WNBA semifinals.

Minnesota fell to Seattle 88-86 on a buzzer-beating put-back by Storm guard Alysha Clark in Bradenton, Fla., to fall behind 1-0 in the best-of-five series.

The Lynx had a chance to steal one from the overwhelming title favorites, and they fell short. And yet they seemed to feel really good about their chances moving forward. Because while they didn’t win Tuesday, they could have.

That’s far more than Minnesota could say in the regular season, when it was waxed twice by the Storm. If you expected a similar outcome in the playoffs, something else is coming your way.

“It’s what we hoped for, in that we wanted to put ourselves in a position with five minutes to go, and then players from there make plays,” Lynx coach Cheryl Reeve said. “I think both teams had players making plays. … I enjoyed watching our team competing, making plays when it was necessary, executing. Seattle just made one more play.”

Minnesota put Seattle on the ropes Tuesday, jumping out to an early lead behind sharpshooting from Bridget Carleton. From there, the two-headed monster of Napheesa Collier and Odyssey Sims led the charge.

Seattle has a number of great players, Breanna Stewart being chief among them, but Collier was far and away the best player on the floor in Game 1. She tallied 25 points, nine rebounds, six blocks and three assists — a playoff line only previously achieved by Lisa Leslie — all while holding Stewart in relative check.

Collier is a big reason why Minnesota had a chance to win late. But a turnover by Damiris Dantas on a play where it looked like she was fouled led to a critical bucket for Seattle to recapture control late. Minnesota rallied to tie the game, but its efforts were undone when Clark corralled an offensive rebound on the final possession and forced up a putback that went in off the glass.

In a nearly perfect performance, the Lynx were just one play short.

“Honestly, there’s nothing to hang our head about,” Sims said. “We’ve just got to rebound. It came down to the last possession, and it could’ve easily went the other way, and they’d be feeling like how we feel. But we played 40 minutes today. Without having Syl (Fowles), what more can you ask for?”

Just a little bit more, apparently. If the Lynx have that in them, this series could be far more competitive than most anticipated.

“It’s a series. We felt like we played well, and we have another opportunity in two days to play them again,” Collier said. “So moving onto the next game, trying to bottle the things that we did well and work on the things that (we didn’t). … We know what to do next game.”