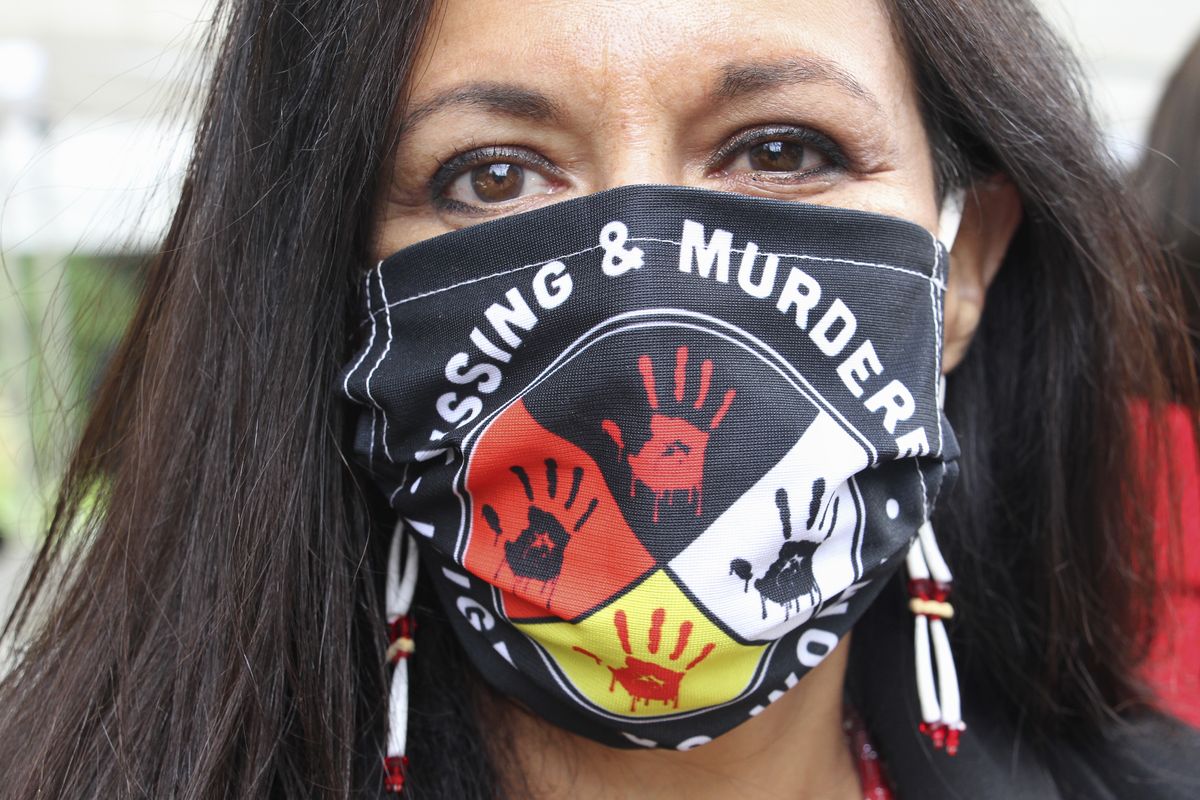 WASHINGTON – The House of Representatives on Monday passed two bills backed by Northwest lawmakers that aim to combat the crisis of missing and murdered Indigenous women and girls, a move advocates called an important step toward solving a complex problem.

Savanna’s Act and the Not Invisible Act passed by voice votes along with a raft of other uncontroversial bills after waiting for months to get to the House floor, victims of a legislative backlog partly due to COVID-19 and the upcoming election. Both bills had previously passed the Senate in March and will now go to President Donald Trump to be signed into law.

Margo Hill, a member of the Spokane Tribe and professor at Eastern Washington University, credited the Native women and tribal leaders who have worked for years to call attention to disproportionate rates of violence against Indigenous women and girls.

“This legislation is one step in getting to where we need to be,” said Hill, a former lawyer for the Spokane Tribe and Coeur d’Alene tribal court judge. “It’s been a long journey. Indigenous women and our communities are stepping up to organize around this issue, and (lawmakers) are hearing our voices.”

Rep. Dan Newhouse, a Republican whose Central Washington district includes the Yakama and Colville reservations, cosponsored both bills and spoke on the House floor before the votes.

“The passing of this legislation is long overdue,” Newhouse said. “This crisis has been going on for decades, and our Native communities have had enough. It is because of their voices and their strong advocacy that we are able to pass this legislation.”

A 2016 study funded by the Department of Justice found that more than 84% of Indigenous women have experienced violence in their lifetimes, and in some counties they are murdered at a rate 10 times the national average, according to a DOJ-sponsored 2008 study.

Still, the scale of the problem is unclear because of a lack of data collection and coordination between law enforcement agencies. As of 2016, there were 5,712 cases of missing Indigenous women reported to the National Crime Information Center but just 116 such cases in the Justice Department’s missing persons database, according to a report by the Seattle-based Urban Indian Health Institute. That report identified 506 cases, which it called “likely an undercount,” with Seattle ranking second among U.S. cities with 45 cases.

The two bills that passed Monday seek to address some of the problems behind that uneven data. Savanna’s Act, named after a 22-year-old member of the Spirit Lake Nation who was murdered in 2017, directs the Justice Department to develop new law enforcement guidelines, require better training and data collection, and improve tribes’ access to federal criminal data.

The Not Invisible Act creates an advisory commission to recommend changes to the Justice and Interior Departments, aiming to improve coordination between federal agencies, tribal and local police, and victim service organizations.

“The statistics on murdered and missing indigenous women in the U.S. are horrific,” Cantwell said in a statement. “Law enforcement must do a better job to protect indigenous women. This law will require new, much-needed protocols, training, and reporting of statistics. This is a huge victory for indigenous women.”

The Colville Tribes also hailed the bills’ passage in a statement.

“The statistics for the non-reporting, under-reporting and under-prosecuted cases of missing and murdered indigenous women is staggering,” the statement said. “The Confederated Tribes of the Colville Reservation fully supports and thanks Congressman Newhouse for securing enactment of Savanna’s Act because it will improve law enforcement data to help prevent these horrific crimes against our daughters, mothers, grandmothers, sisters, aunties, and nieces.”

Trump has not commented on the legislation, but a spokeswoman for Newhouse said the congressman “fully expects” the president to sign both bills.

“It’s been a long road to have policy to protect Natives,” said Emily Washines, a historian and member of the Yakama Nation. “I think back to when I was in elementary school, not understanding why we had so many missing and murdered women on the Yakama Reservation.”

“This legislation passing means I won’t have to have those whispered conversations with my daughters about how the government turns its back on our Native women,” Washines said. “The work of safety and justice continues.”

Orion Donovan-Smith’s reporting for The Spokesman-Review is funded in part by Report for America and by members of the Spokane community. This story can be republished by other organizations for free under a Creative Commons license. For more information on this, please contact our newspaper’s managing editor.