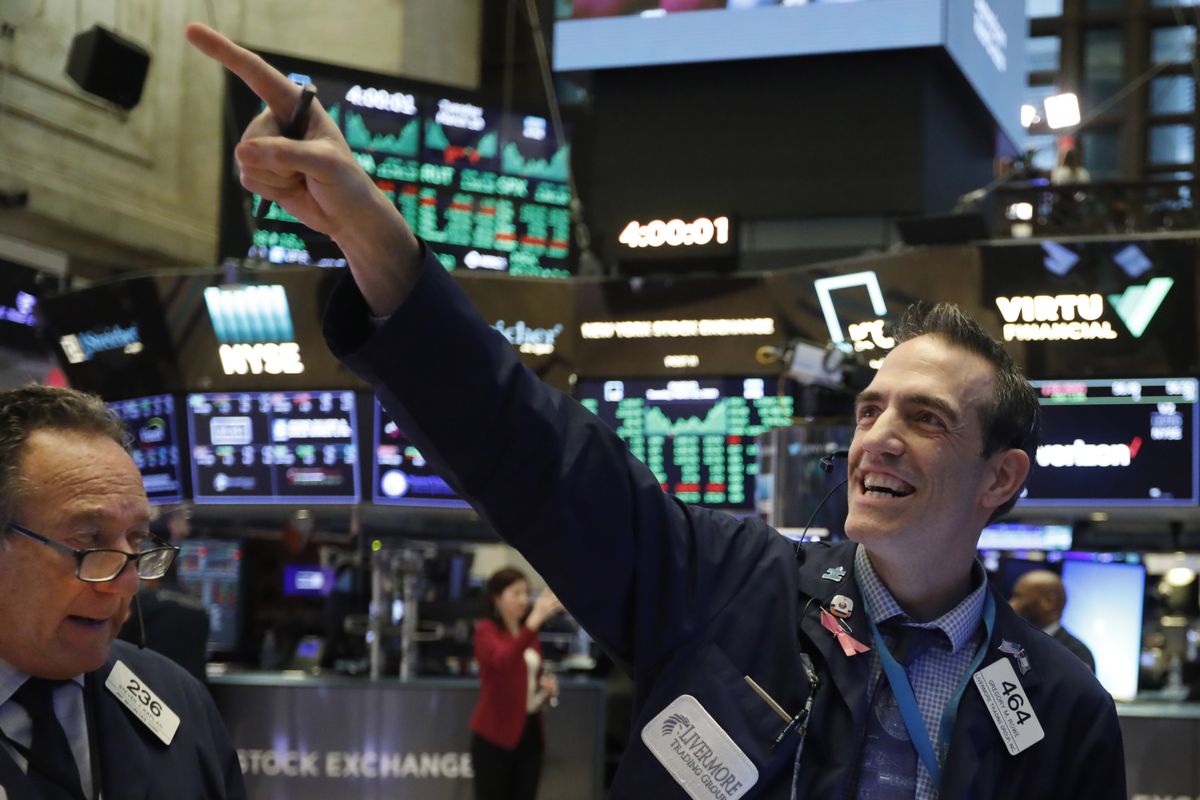 NEW YORK — Stocks are drifting higher on Wall Street Tuesday, steadying themselves a day after tumbling amid a raft of worries about the pandemic and governments’ response to it.

Trading remains erratic, though, and indexes swung from small gains to losses through the morning. Tech stocks in the S&P 500 bounced between a gain of 1.1% and a loss of 0.4%, for example.

Wall Street has suddenly lost momentum in September following months of powerful gains that returned the S&P 500 to a record. A long list of concerns for investors has caused big swings in the market, from worries that stocks have grown too expensive to frustration about Congress’ refusal so far to deliver more aid to the struggling economy.

“Right now it’s kind of reality is setting in, looking at valuations and realizing that coronavirus is still prevalent, we don’t have a vaccine and we don’t know who’s going to be in the White House 2021,” said Lindsey Bell, chief investment strategist at Ally Invest.

Federal Reserve Chair Jerome Powell pressed Congress to act on additional aid for the economy during a House of Representatives committee hearing Tuesday. Extra weekly unemployment benefits and other stimulus that Congress approved in March have expired, and some areas of the economy have already slowed as a result.

That support from Congress, along with unprecedented moves by the Federal Reserve to aid markets, helped halt the S&P 500’s nearly 34% plummet earlier this year. Investors say it’s crucial that Congress extended more support, but partisan disagreements have blocked the efforts.

“I think it is likely that more fiscal support will be needed,” Powell said.

The sudden vacancy on the Supreme Court following the death of Justice Ruth Bader Ginsburg is amping up partisanship across the country, diminishing hopes even further.

Among other concerns for investors are rising tensions between the United States and China, which could lead to a Chinese retaliation against U.S tech companies, as well as the upcoming U.S. elections and all the changes in tax policy and regulations they can create.

All those factors combined to knock the S&P 500 down as much as 2.7% in Monday’s trading. Early in the day, Big Tech stocks were among the weights pulling the market lower.

They have lost momentum this month on worries their stocks grew too expensive following a supersonic run through the pandemic. Apple, Amazon and others have benefited from the pandemic because it’s accelerated work-from-home and other trends that boost their profits.

But tech stocks staged a late-day turnaround on Monday, helping the S&P 500 to more than halve its losses. On Tuesday, Apple was flat while Microsoft was up 1.1%. Amazon climbed 3.2%.

Stocks of companies whose profits are most closely tied to the strength of the economy clawed back some of their sharp losses from the day before, but their movements were also erratic.

Norwegian Cruise Line gave a solid gain and was just 0.4% higher. early gain and gained was up 0.4% higher. Energy stocks in the S&P 500 rose as much as 1.6% in the first 20 minutes of trading, only to give all the gains away.

European stocks recovered some of their steep losses from Monday, which were triggered in part by worries that stricter restrictions on businesses may be on the way to stem a resurgence of coronavirus cases.

U.K. Prime Minister Boris Johnson on Tuesday announced a package of new restrictions, including requiring pubs and restaurants to close between 10 p.m. and 5 a.m, but analysts said they were less extreme than some investors worried.