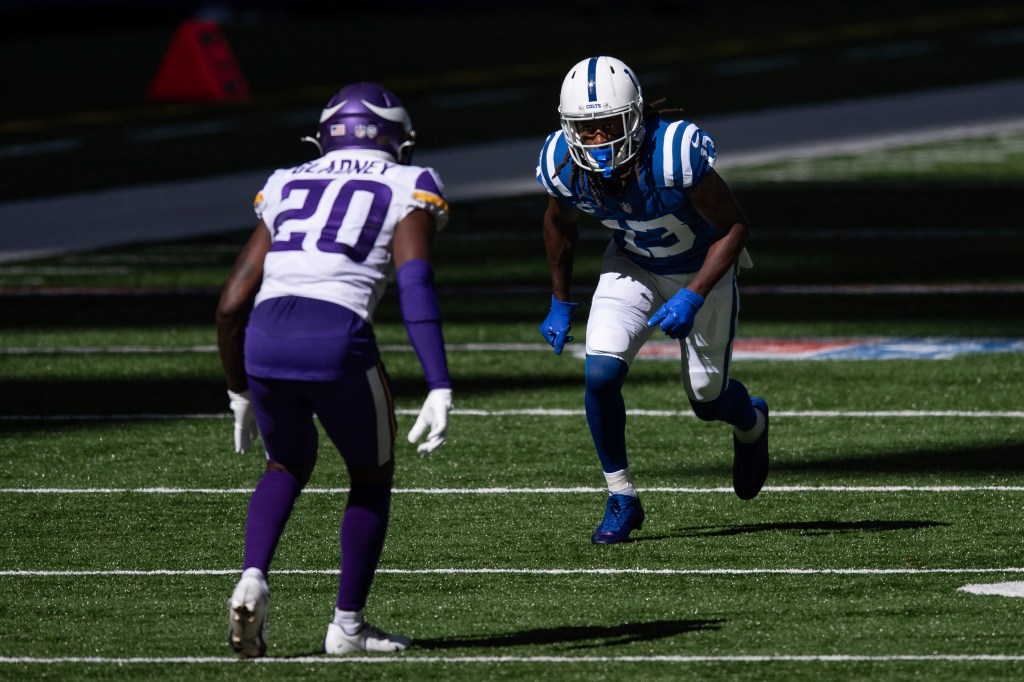 One thing you must say about Jeff Gladney: He certainly has confidence in himself. The young Vikings cornerback just needs his skill set to catch up to his belief. And that will take time for the 23-year-old rookie.

Despite a performance to forget in Sunday’s 28-11 loss to Indianapolis — Pro Football Focus calculated that Colts quarterback Philip Rivers completed 6 of 8 passes for 76 yards and a touchdown when throwing Gladney’s way — the rookie still believes he belongs at the highest level.

That’s honestly half the battle for a young cornerback.

“I’d say I’m holding my own right now,” said Gladney, whom the Vikings draft in the first round in April. “As the season goes, I’ll learn more.”

After playing sparingly against the Green Bay Packers in his NFL debut, Gladney was on the field for 60 plays against the Colts while filling in for fellow rookie Cameron Dantzler. Both players have big shoes to fill this fall trying to replace veteran cornerbacks Xavier Rhodes and Trae Waynes, who left in the offseason.

And it’s clear Gladney and Dantzler have a long ways to go in there development. They have been picked on by both opponents this season, and until they prove they can stop the pass, that trend will continue.

“I know other teams are going to come at me, being a younger guy,” Gladney said. “I’ve got to hold my own when I’m out there.”

That’s something he struggled to do for much of last weekend.

While the advanced stats summed up his performance, Gladney also had an illegal-contact penalty that extended a drive early in the game. Luckily for Gladney, linebacker Eric Wilson bailed him out a couple of plays later with an interception in the red zone.

“No explanation on that,” Gladney said of his penalty. “I can’t take it back now. Just have to live with it.”

It’s unclear where Gladney will play long term in coach Mike Zimmer’s defense. He played outside cornerback in place of Dantzler, but most think he is best suited to play nickel cornerback.

“Just do what the coaches tell me to do,” Gladney said. “They put me there, and I wanted to go out there and do the job.”

As for his overall experience so far, Gladney vowed to get better as the season progressed. He also had no interest in using the lack of preseason games as an excuse for his early struggles.

“It gave us extra weeks to be in our playbook and get our techniques down,” he said. “We just have to keep it going since the season has started now. I’m learning more as it goes. And more reps always help.”

The next chance for Gladney to prove himself comes this weekend against Tennessee Titans quarterback Ryan Tannehill.

“I’m young, and my teammates know that,” Gladney said. “I’m a pro at the end of the day. Those guys are depending on me just like I’m depending on them. I’ve just got to go out there and do my best.”