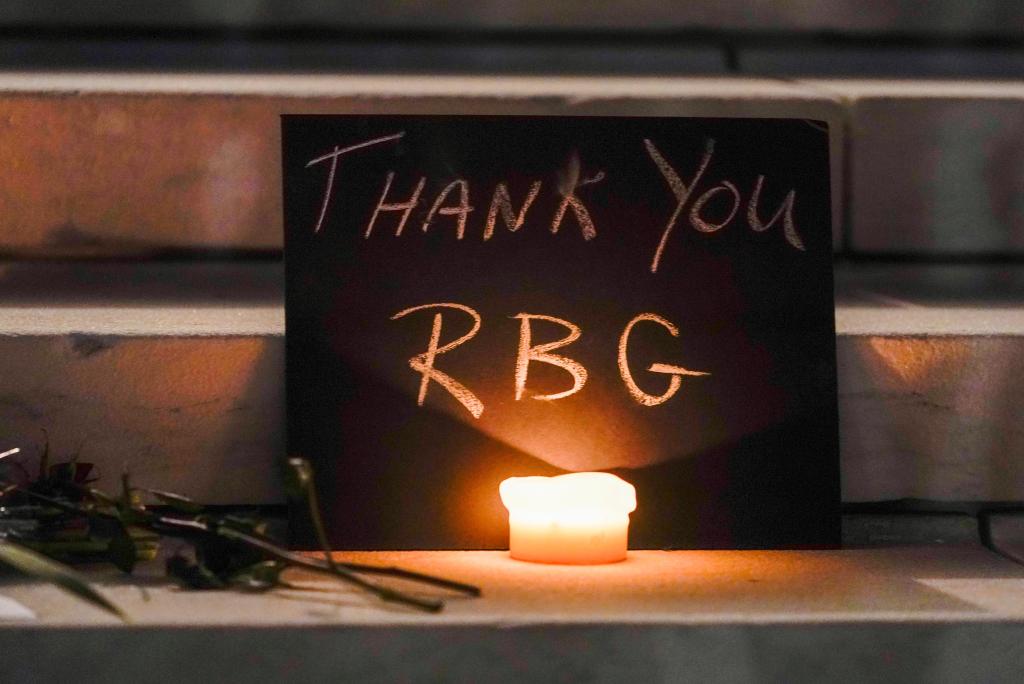 I didn’t know Ruth Bader Ginsburg well. I met her a few times, mainly at formal occasions, most of them before her elevation to the U.S. Supreme Court. Although always charming, she was also a formidable intellectual presence. Once, during her tenure as a federal appellate judge, we were seated together at dinner. We got into a wrangle over some legal issue, and Ginsburg, smiling with exquisite politeness, squashed me like a bug.

The great jurist’s passing, if not entirely unexpected, has hit our politics like a thunderbolt. Partisans and activists find themselves unable to wait a decent interval before lining up to demand, on the one side, that President Donald Trump immediately nominate and the Senate swiftly confirm Ginsburg’s successor (quick, before the other party wins!) and, on the other, that should the president send up a nomination, the Senate not act until after the inauguration (because the other party is likely to lose!).

Of all the things I dislike about the central importance the Supreme Court has come to occupy in our politics — and the list is long — the frenzied deathwatch is the worst. Ginsburg had long suffered health problems, so it’s small surprise that the vultures of our politics circled her for many years before her death, conservatives coveting her seat for one of their own and, during President Barack Obama’s term in the White House, liberals wishing, at times openly, for her retirement so that a younger colleague might take the seat.

Back in 2011, when Obama’s re-election seemed anything but sure, the news media reported liberal fears that a Republican successor would have Ginsburg’s seat to fill. Some on the left urged her to step down for the sake of “the issues.” At that time, I noted in this space that the creepiest aspect of the way we look at the justices is the all-but-open hope on right and left alike that this one or that one will pass on, so that a president with the correct views gets to choose the successor.

Not that this was anything new. I was a law clerk for Justice Thurgood Marshall in November of 1980 when Ronald Reagan was elected president, and I remember the despicable pressure from liberals who purported to revere Marshall for him to step down before Reagan took office, so that a Democratic president could nominate and a Democratic Senate could confirm a successor. Not that the right behaved any better. A few years later, strutting conservatives were saying things like, “I hope Thurgood is keeping Clarence’s seat warm.” This is dreadful stuff — but not uncommon. It’s even leaked into popular culture.

There’s an episode of “The West Wing” where the president’s staff decides to put discreet pressure on an ailing liberal Supreme Court justice to enable the administration to appoint an equally liberal successor. As it happens, a lawyer named Joe Quincy, one of the justice’s former clerks, works in the White House counsel’s office, so Toby Ziegler, a presidential aide, tries to persuade him to apply the pressure. Joe refuses, citing the constitutional separation of powers: “I can do the math. You’ve got a limited amount of time to pick the next guy and get him confirmed. … But I work for you. It’s a question of propriety.” Toby responds with his own interpretation of the Constitution: “The president sets the direction of the Court.”

“The West Wing” continues to stand as one of the great dramas in television history. Yet I’ve always found Toby’s response appalling. True, most voters nowadays might well agree with him. Most political activists certainly do. To the ideologically committed, the chance to fill a vacancy on the Supreme Court is the Holy Grail of politics, the bright shining reward at the end of years of pure-hearted struggle. At last the opportunity arises to enshrine in the sacred text of constitutional law one’s own ideological commitments.

I often wonder whether much of the madness that passes for politics these days is about little else than who gets to appoint the next justice or two. The almost pathological commitment to “our side” controlling the Court helps explain why, in the heat of the moment, people make what sound a lot like violent threats, to be carried out should Trump nominate a successor: An empty seat is that important.

I understand why so many people care so passionately about the identity of the next justice, as well as about how that justice is likely to vote on the hot-button issues. I just wish we could be more dignified about how we express our passions.

I recognize that I’m in the minority on this, but I’ve long been of the view that we pay far too much attention to a potential justice’s “vision” or “ideology” or “judicial philosophy,” when other things arguably matter more: smarts, collegiality, a sense of humility, a welcoming attitude toward disagreement, and the ability to be reflective rather than reflexive. To me, capaciousness of legal imagination is far more important than correctness of policy instinct. A justice’s vote should matter less than a well-reasoned explanation of how she came to cast it.

Among the many things I admired about Ginsburg was that she wrote beautifully. Another was her staunch alliance with the late Justice Antonin Scalia — yes, you heard that right — in the effort over the past quarter century to breathe new life into the right of the accused under the Sixth Amendment to confront his accusers in court. It makes no difference whether I thought they had found the correct constitutional rule. My joy, as an outsider, came in watching them work together.

There was so much to admire about Ruth Bader Ginsburg. Agree with her views or not, she will deservedly go down in history as one of the great justices of all time. For goodness sake, let’s all of us wait a respectful period before circling like vultures around the chair she filled with such distinction.

Stephen L. Carter is a Bloomberg Opinion columnist. He is a professor of law at Yale University and was a clerk to U.S. Supreme Court Justice Thurgood Marshall. His novels include “The Emperor of Ocean Park,” and his latest nonfiction book is “Invisible: The Forgotten Story of the Black Woman Lawyer Who Took Down America’s Most Powerful Mobster.”