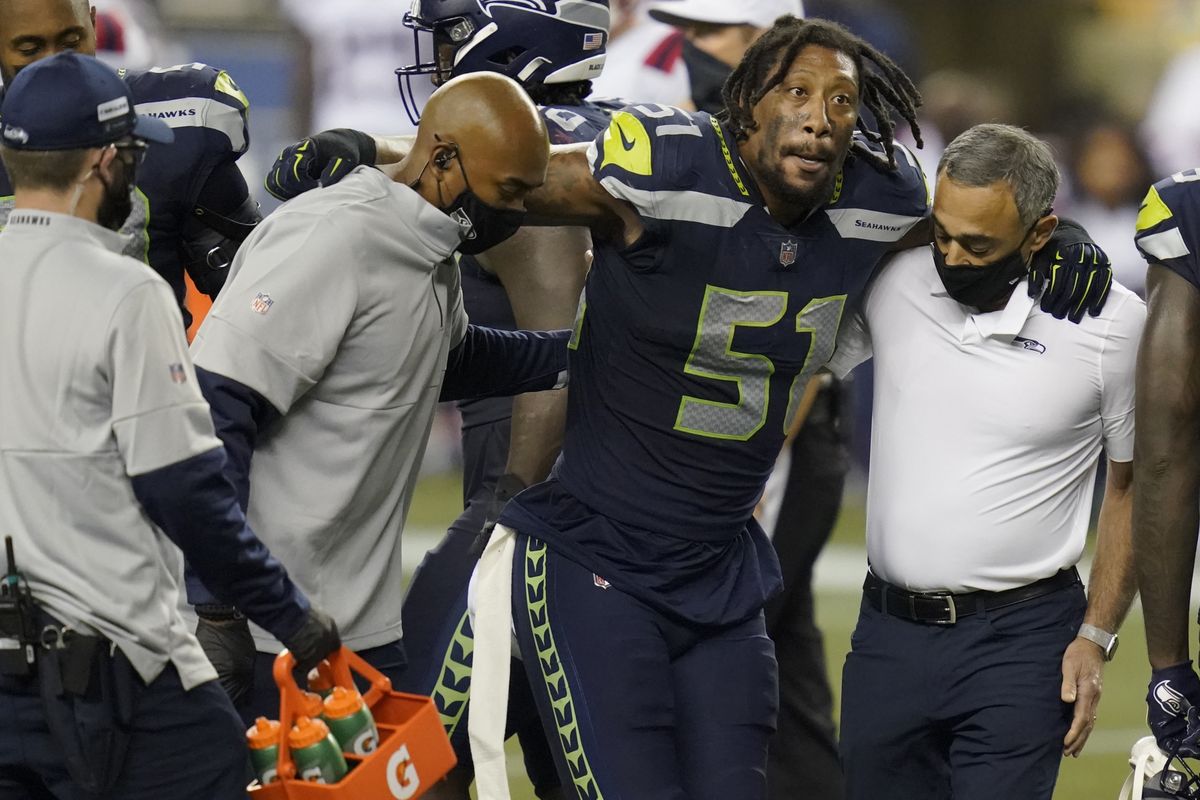 Confirming what were the worst fears the moment it happened, Seattle Seahawks defensive back Marqiuse Blair will be sidelined for the season after tearing his ACL in Sunday night’s 35-30 win over the New England Patriots, coach Pete Carroll confirmed Monday.

Carroll made the announcement while also confirming that linebacker/rush end Bruce Irvin will miss the rest of the season after tearing his ACL when he met the media via Zoom Monday afternoon. Carroll said both will need surgery.

“We are going to miss those guys and feel terrible for them,” Carroll said.

Blair was injured early in the second quarter when he collided with teammate K.J. Wright while tackling Patriots running back Sony Michel.

Blair, the 47th overall pick of the 2019 draft out of Utah, had emerged as the team’s starting nickel back after playing last year in a reserve safety role.

The nickel corner spot will for now be filled by second-year player Ugo Amadi, who stepped in Sunday night when Blair was injured and finished with eight unassisted tackles, one for a loss.