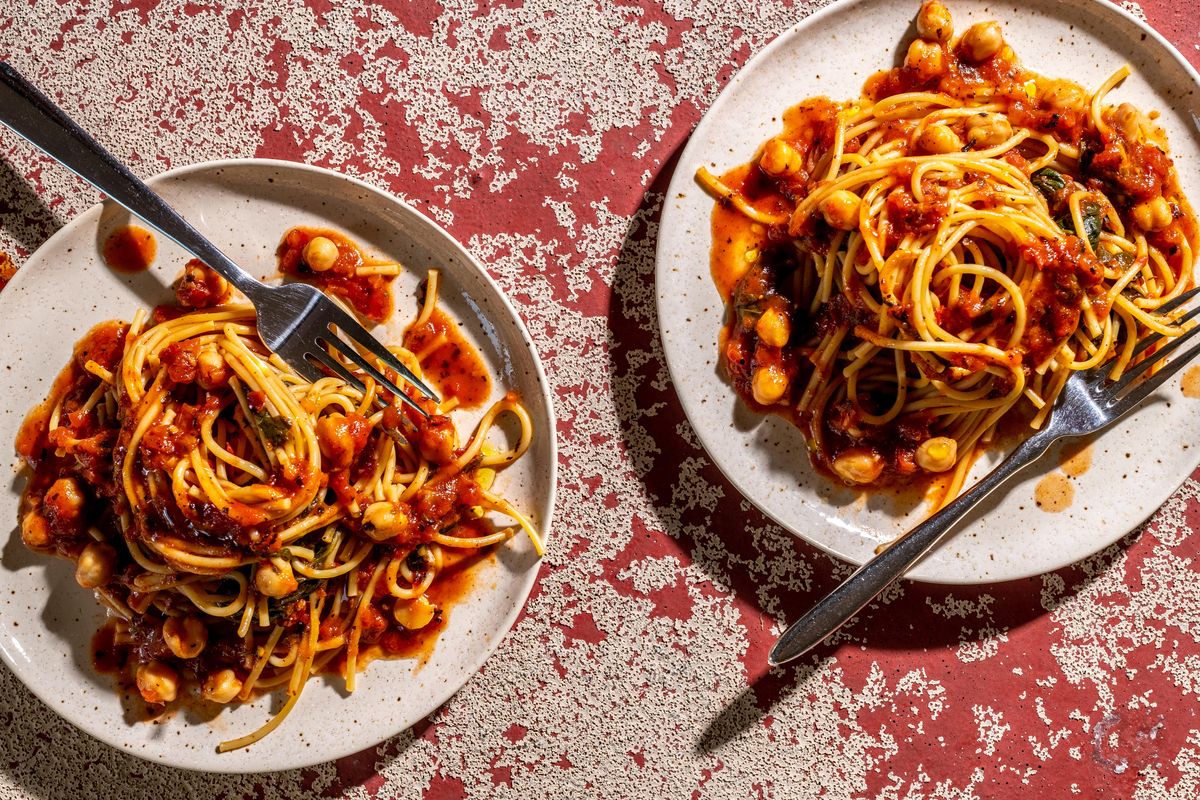 My husband had just finished roasting summer squash from our garden. As he spooned the squash into a storage dish, the alarms blared: carbon monoxide, aka “the silent killer.”

He called 911, evacuated the house and waited for the firefighters to show up. If you’ve ever been in this situation, you know the drill, which involves opening doors and windows, blowing a big industrial fan and using CO detectors more sensitive than the alarms. Soon enough, the verdict was in, and the guilty party was – no surprise – our aging gas stove.

By the time you read this, we will have spent three weeks without it, awaiting repair from a service that reports being swamped with such jobs. We aren’t the only household pushing our appliances to the limit during the pandemic.

How would I live without it? There would be salads galore, of course, and I still have tomatoes and herbs coming out of the garden to go in them. But just as the nights are taking on a chill, I wouldn’t be able to undertake my favorite fall cooking techniques: roasting and broiling. And my husband, whose cooking is typically limited to scrambling eggs for his breakfast, couldn’t even do that.

Takeout has become more frequent. Beyond that, I cycled through other options and combinations: the microwave, an outdoor charcoal grill, even a portable induction burner I had previously used solely for cooking demos and videos.

And then I realized I was postponing the inevitable, and I started turning to my Instant Pot.

I was a bit of a late adopter, getting an Instant Pot only a couple of years ago and using it mostly for simple beans and grains that I then added to other recipes. I hadn’t cooked many all-in-one dishes in it despite the fact that countless cookbooks and websites are devoted to that idea.

So I dove in and started looking around. What I first craved was a way to crank out simple bowls of spaghetti and tomato sauce, and it didn’t take me long to find just the thing from Sonja and Alex Overhiser’s blog, A Couple Cooks.

There’s one drawback with using the Instant Pot for such a thing: You’re not going to get al-dente noodles. So this recipe doubles down on a nostalgic, American-style appeal, resulting in softer pasta with the benefit that it absorbs so much of the sauce. What you might miss in texture you gain back in flavor. And the approach takes well to variations.

The original version already included a good dose of baby spinach leaves, which add nutrition and color. I’ve tried a couple ways to add protein, too: A can of drained chickpeas was a no-brainer. Another time, I used Instant Pot’s saute function to brown Impossible Burger meat before adding water, sauce, flavorings and noodles. (You carnivores can follow that idea where it obviously leads.)

Before I was out of other appliance options, I’m sure I would’ve scoffed at such a recipe, thinking that it wouldn’t save all that much time. After all, can’t you make a nice sauce out of canned tomatoes in less than the time it takes to boil a pot of water?

You can. But once I tried this in the Instant Pot, another obvious-to-everyone-else benefit hit home. It’s not about the amount of time, which in the multicooker includes the 10 to 15 minutes it takes to come to pressure. It’s the fact the time is almost entirely hands-off.

That means that while the device was working, I could put away every last ingredient, wash a bowl, clean the countertop and have a few minutes left to call the repair service, learn that a crucial part is on back order – and start shopping for a new stove.

Adapted from a recipe by Alex and Sonja Overhiser on their website acouplecooks.com.

One 15-ounce can no-salt-added chickpeas, drained and rinsed

Pour the water into the Instant Pot.

Break the spaghetti noodles in half. Working in batches, add the noodles to the Instant Pot in a fan shape so they stack on each other, making as much space between the noodles as possible (to avoid clumping as they cook).

Pour the sauce over the spaghetti, and close the lid. Make sure the steam valve is sealed. Select Pressure (High) and set to 5 minutes. (It takes about 10 minutes for the appliance to come to pressure before cooking begins.)

Release the pressure manually by moving the pressure-release handle to “Venting,” covering your hand with a towel or hot pad. Never put your hands or face near the vent when releasing steam.

Open the lid and stir, removing any clumps. Remove the inner pot from the Instant Pot and allow the pasta to cool for about 5 minutes as the sauce thickens slightly. (It will continue to thicken as it cools.) Taste and add more salt, if needed. Ladle into bowls, add the goat cheese, if using, and serve.