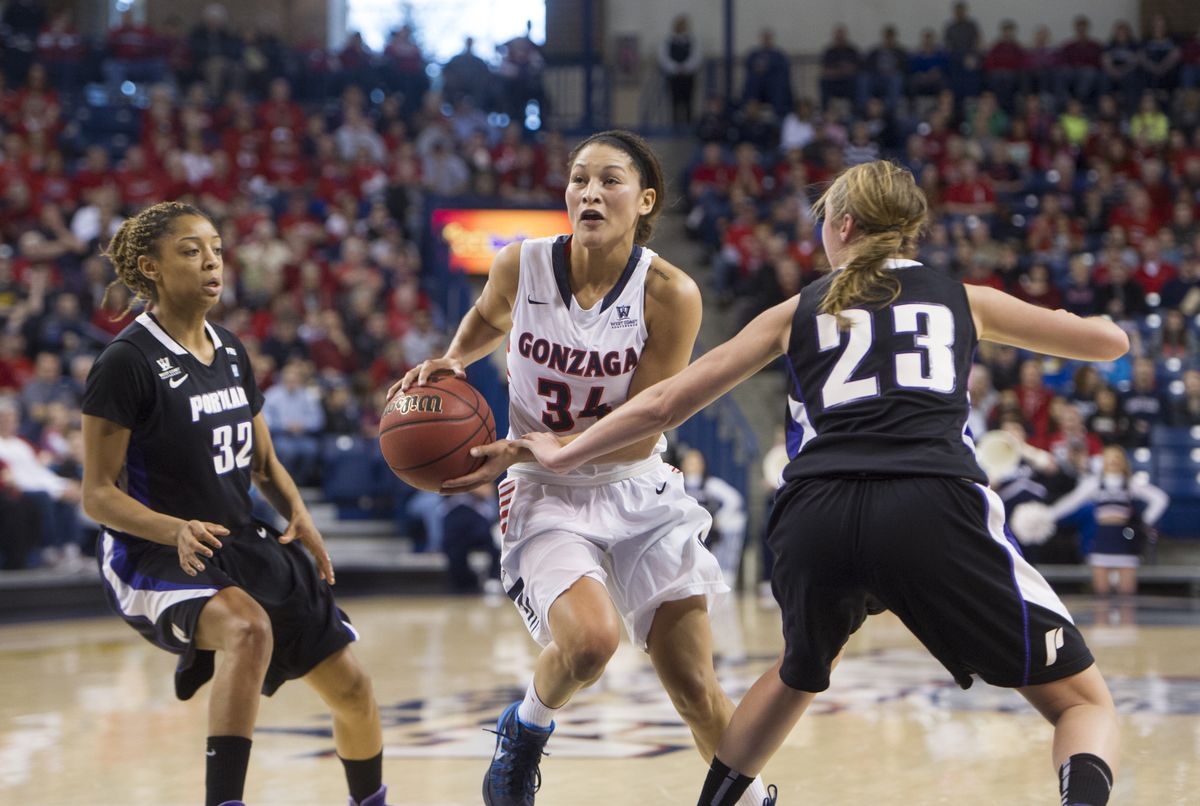 As a player, Jazmine Redmon is part of the rich history of Greater Spokane League girls basketball. Now, she’ll try to author a new legacy in a different role.

“I grew up watching the GSL, I got to play in it, and now I get to coach in it,” Redmon said. “So it’s just kind of another thing I get to add to my life growing up in Spokane.”

She was an assistant coach last season at Mead under head coach Quantae Anderson, who led the Panthers to within one game of the state tournament.

Redmon said she learned a lot from Anderson.

“Just how to get the girls organized, how day-to-day practices should go. Quantae is an amazing coach. The girls love him, respect him, they learned from him – so I want to take those things from Q over at Mead, trying to bring those over to U-Hi.”

“I couldn’t be more proud of her,” Anderson said. “It’s well deserved and I think she’s going to do a good job.

“We’re going to miss her. She brought so much energy and enthusiasm and the love of the game to us, and so much knowledge. I mean, gosh she’s played a lot of basketball. She knows a lot about the game.”

“We’re extremely excited,” he said. “I know she doesn’t have head coaching experience, but we’re just real happy to her on board. She’s passionate. She’s an advocate for multisport athletes. That definitely was a positive for us.”

Redmon inherits a Titans program that went 8-6 in league last season and 12-12 overall under Jay Kennedy, but lost three Division I players to graduation. Fifth-seeded U-Hi fell to second-seeded Chiawana 74-62 in a loser’s bracket game in the District 8 tournament in Kennewick last season.

Redmon said that one of her calling cards during her playing career will be a key in her coaching career.

“We’re gonna play a lot of defense,” she said. “I’m really excited for that, because a lot of the things that you can do on defense goes along with your offense. If you can get stops on the defense then you’re gonna get easy transition points on the offensive end.”

Redmon be the first female head coach of the girls program at University, a responsibility she does not take lightly.

“It’s awesome to hear that,” she said. “Because coaching in general, at all levels there just aren’t a whole lot of female coaches in that head role position, and I just kind of want to be another role model to those girls that you can be a head coach, it doesn’t matter if you’re male or female, anybody can be a coach.”

“We had a player or two on the interview committee,” Deyarmin said, “and when everything was said and done, we were very excited to bring someone like (Redmon) on board. I think she’s going to be a ‘kid magnet.’ Has a real bubbly personality. When you meet her in person you can tell she’s going to attract kids to the program.”

“The interest (Redmon) would generate from the girls, and just to see them and know that she came from Mead and was able to do what she did to play at Gonzaga and to go play overseas. It was such an inspiration.”

Born and raised in Spokane, Redmon earned all-league and all-state honors in basketball, soccer and track while at Mead, leading the Panthers to a state runners-up finish her senior year of 2010.

She earned a full-ride scholarship to Gonzaga, where she played under coach Kelly Graves. Redmon was named West Coast Conference defensive player of the year as a junior in 2013 and WCC all-tournament as senior. Her career at Gonzaga is highlighted by four consecutive NCAA tournament appearances, three WCC tourney championships and three WCC regular season titles.

After Gonzaga, Redmon played professionally for three seasons in Germany, Greece and Denmark, earning a defensive player of the year award.

“She has a pretty storied past, whether that’s in high school, at Gonzaga, or at the pro level overseas,” Deyarmin added.

“The professional game is a lot quicker than the high school game,” Redmon said. “So that was just another coaching aspect that I had to learn, playing over there, that I can take and put it into high school coaching.”