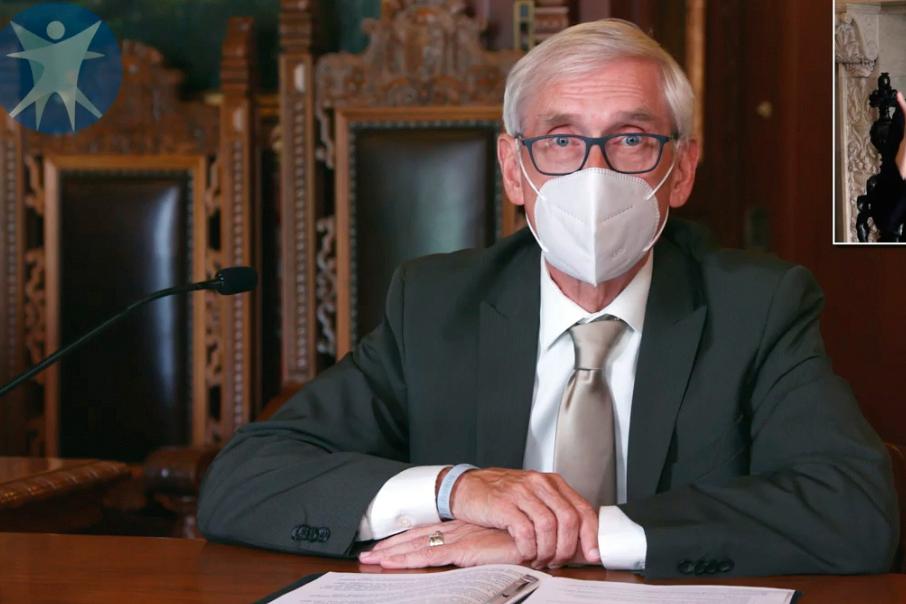 The order, which has been in effect since August, was scheduled to expire on Monday. Evers extended the order even as his authority to issue the mandate is being challenged by conservatives in court.

“We are seeing an alarming increase in cases across our state, especially on campus,” Evers said in announcing the extension. “We need folks to start taking this seriously, and young people especially — please stay home as much as you are able, skip heading to the bars, and wear a mask whenever you go out. We need your help to stop the spread of this virus, and we all have to do this together.”

In total, nearly 102,500 people have tested positive for COVID-19 in Wisconsin and there have been 1,244 deaths, according to the state Department of Health Services.

Despite the surge of cases on University of Wisconsin campuses, Evers has stood by university leaders’ decision to open dorms and allow in-person instruction. But as the virus spread quickly among students, campuses across the state have had to quarantine dorms, fraternity and sorority houses, and temporarily shift to online-only classes.

At the flagship Madison campus, the university is testing thousands of students, has quarantined two dorms and has gone to online instruction for two weeks in an attempt to slow the spread of the virus. University leaders voted last week to cancel spring break in March to reduce the risk of students traveling and contracting the virus.

The Madison campus reported that as of Monday, nearly 2,700 students had tested positive for the virus since early August. Additionally, 49 employees tested positive.

UW-Madison Chancellor Rebecca Blank has defended the decision to open campus, even as Dane County Executive Joe Parisi has called for the university to shut down and send students home.

Evers first declared a public health emergency in March related to the coronavirus. That expired after 60 days on May 11 after the Republican-controlled Legislature did not extend it. In July, Evers declared a second state of emergency and issued the mask mandate in conjunction with that order.

He issued a third order on Tuesday to extend the mask mandate.

The lawsuit, filed by the conservative Wisconsin Institute for Law and Liberty, argues that Evers has no authority under state law or the Wisconsin Constitution to issue new health emergencies to address the same crisis without legislative approval. Wisconsin is one of 34 states with mask mandates; several others are also being challenged in court.

“Governor Evers and his team believe the presence of COVID-19 supersedes the rule of law and our state constitution,” said Rick Esenberg, president of WILL. “They are wrong. Letting this gross abuse of power stand is not an option.”

Health officials worldwide agree that wearing masks is an effective way to slow the transmission of COVID-19, along with washing hands, keeping a distance from other people and remaining at home as much as possible.

Wisconsin’s chief medical officer Dr. Ryan Westergaard warned that with flu season coming, everything must be done now to slow the spread of the coronavirus, including wearing a mask, so the health care system does not get overwhelmed.

Evers’ mask order requires everyone age 5 and older to wear a mask while indoors, except at home. Violators could be fined $200.