A GRIP ON SPORTS • A lot is happening out there in that mythical, imaginary land called the world of sports, so let’s get to it. After all, it’s the first day of fall and you have leaves to rake, sweatshirts to buy and pumpkin lattes to drink.

• Fall is football. It’s also football injuries. This past weekend that bug bit the Seahawks. Hard. Lost to knee injuries are starting linebacker Bruce Irvin and nickelback Marquise Blair. A defense that was already struggling to compete will have to do it without two of its top 15 members.

Not to sound all coach-like, but the injuries, and the multiple ones suffered throughout the league, are not only anticipated but should have been planned for. No one is sure who will get hurt, certainly, but there is a certainty someone will. It’s unavoidable in the sport.

Very few NFL greats have gone through their entire career without an injury. Heck, even Tom Brady missed almost an entire season. That one didn’t derail the Pats – Matt Cassel was actually competent in his place – and, if the Hawks are going to reach their ultimate goal, a Super Bowl victory, the two they suffered against New England on Sunday better not either.

Cassel parlayed his one great relief season into a starting job elsewhere – and a bunch of money. Whomever steps in for Irvin and Blair may not reap that type of reward, but they do have an opportunity to stand out, something that wasn’t afforded them a week ago.

How they handle that opportunity may play an outsized role in the Seahawks’ fortunes this season.

• Are the Mariners doing their best to make me look bad? Don’t they know I do a good job of that on my own, each and every day? 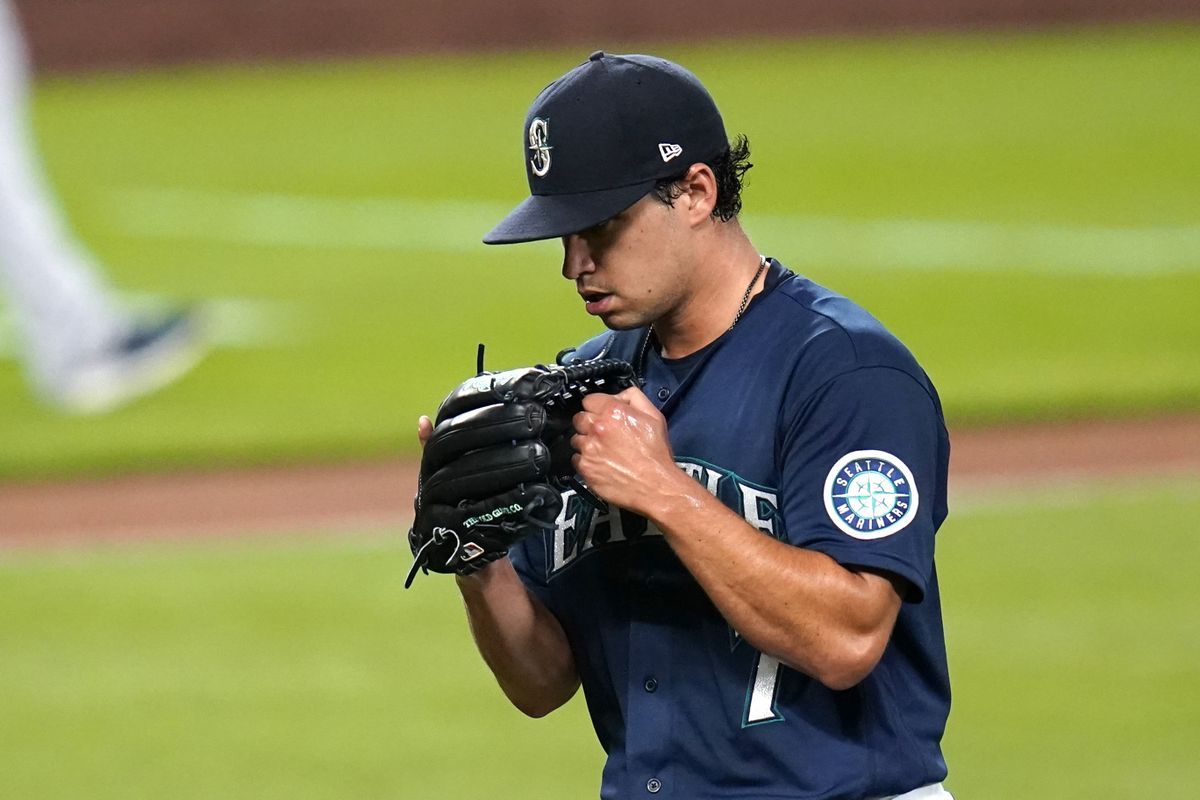 I wrote Sunday, in our Out of Right Field column, the M’s don’t have a shot at making the postseason, as they were entire the last week, basically, four games back of a spot. And then they go out Monday night and do something they rarely have done the past few years: defeat the Astros.

I probably should have seen Monday coming. After all, Marco Gonzales was on the mound and if there is anything we’ve learned from this M’s season, it is that Gonzales, the former Gonzaga Bulldog, is a quality major league starter. Not just OK, but pretty darn good.

Why? We could go into a treatise on spin rate and location and all that jazz … no, I really can’t, but that sounded good. Anyhow, what I have learned this season is Gonzales and his college alma mater’s mascot are one in the same. He is, truly, a bulldog on the mound.

• The loudest noise on the West Coast yesterday was the sound of the final nail being hammered into Larry Scott’s coffin-like time as Pac-12 commissioner. And, somehow, Scott not only bought the nail, he hammered it in himself from inside.

All conference fans remember the news from a couple weeks ago, when Scott, seemingly broken up, announced layoffs and furloughs at the conference office and the Pac-12 Networks. These are tough times and tough financial decisions had to be made.

A bunch of people lost their jobs that day, but it had to be done. There just isn’t enough money coming in to keep the enterprise going at the same level.

Except that wasn’t the whole story. The Mercury-News’ Jon Wilner exposed the rest of it early Monday. It seems a month before the cost-saving layoffs, the conference executives received their annual bonuses. A multi-million dollar bonus in at least one case. Yes, Larry Scott authorized and accepted a bonus that probably was more than $2 million, and then dumped a bunch of low-paid staffers.

If this tone-deaf move doesn’t seal Scott’s fate – and there are reports circulating Scott feels his time at the Pac-12 is about to end – then shame on the presidents and chancellors around the conference.

WSU: Around the Pac-12 and college sports, does Washington need to change conferences to gain more national recognition in football? … We can pass along more from Oregon State’s 2000 season. … Utah is ready to get the season going. … The clock is ticking on the conference. … Arizona State’s assistant coaches are earning recognition. … Another defensive standout has left Arizona. The Wildcats’ defense is leaking players at an alarming rate. 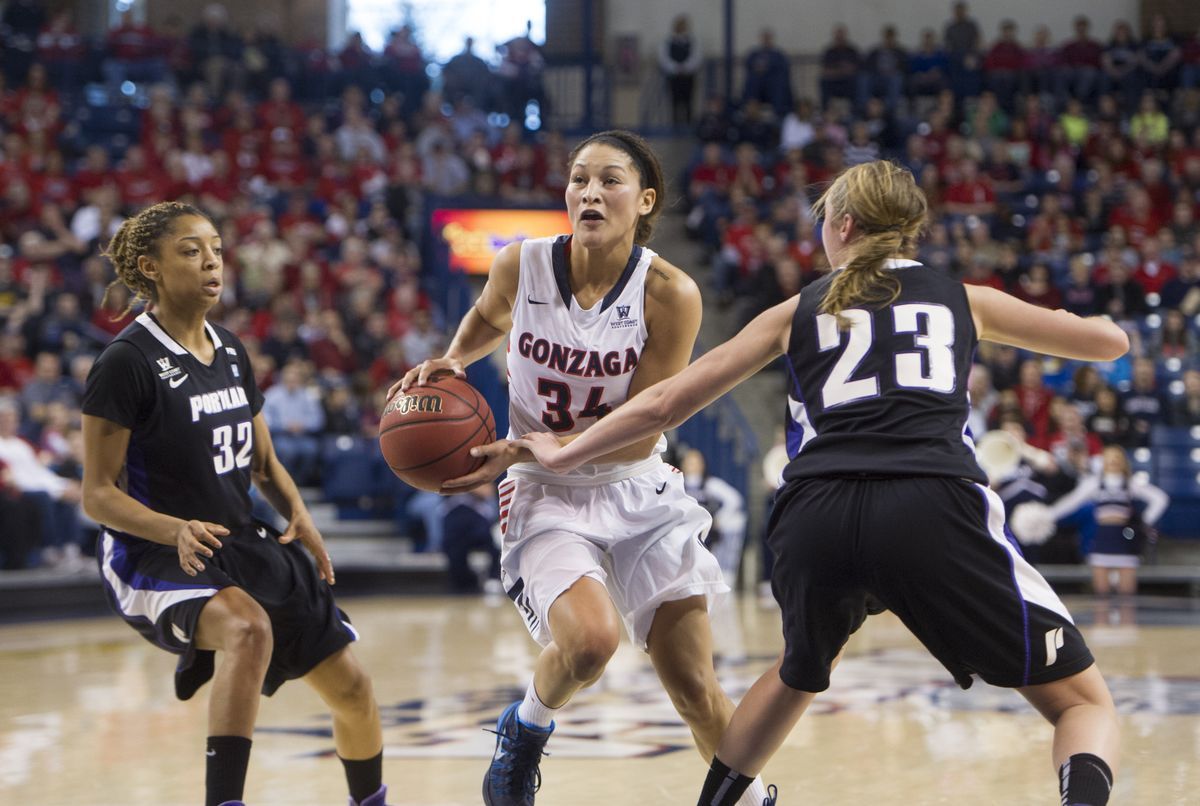 Preps: A big news day around our local high schools, all of which Dave Nichols has for you. We’ll start with Jazmine Redmon being named head girls’ basketball coach at University High. … Former Shadle Park High cross country and track coach Bob Isitt died Friday. Dave has his obituary. … Finally, Dave delves into the recent return-to-play guidelines produced by the WIAA.

Mariners: Will Kyle Lewis be the M’s latest American League Rookie of the Year? Sure seems like it. Can you name the three other Mariners to win the award? We will give you one clue. Ken Griffey Jr. is not among the trio. He finished third in the 1989 voting. … Besides Gonzales pitching in the 6-1 win, Evan White clinched it with a three-run home run. … The M’s used a batting order for the second time yesterday. It was the only time this season that’s happened.

Seahawks: Larry Weir’s latest Press Box podcast features some guy named Vince Grippi as the guest. … The Hawks’ injuries are the bad part of the early going. The great part? Russell Wilson’s play. … Pete Carroll was one of at least a trio of NFL coaches (and their teams) hit with fines for not wearing masks Sunday.

Storm: Despite the first-game postponement, Seattle seems healthy as it begins its WNBA semifinal series with Minnesota.

• (Ascends soapbox.) Today is National Voter Registration day. For all that is good and holy, please register to vote. It’s a crucial part of the great democratic experiment we call the United States. But just don’t register. Spend time between today and the day you fill out your ballot educating yourself on the issues and candidates. Be an informed voter. Do research. Access multiple sources. Learn. And then cast a ballot. Don’t just vote one way because of a single TV ad or a Facebook post or party affiliation. Think. Scrutinize. Study. Then vote your conscience, wherever that leads you. Thank you for your time. (Descends from soapbox.) Until later …