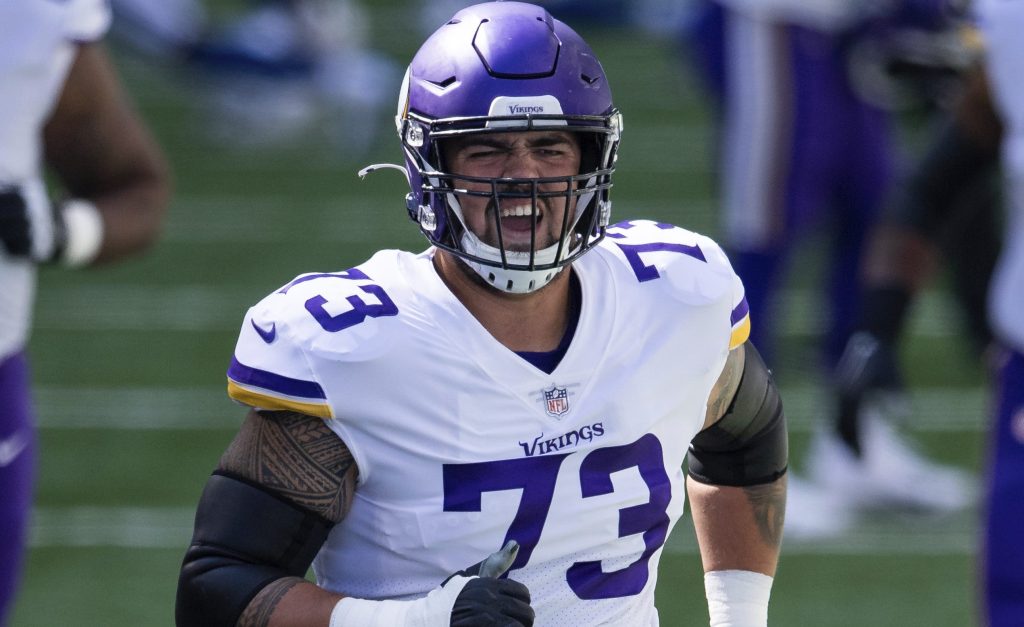 It was a tough ask for second-year guard Dru Samia in his first career start Sunday on the Vikings’ offensive line.

And it went about as poorly as it could have in Vikings’ 28-11 loss to the Indianapolis Colts.

Not only did Samia, 23, get tossed around like a rag doll by Colts superstar defensive tackle DeForest Buckner, he also finished the day as the NFL’s lowest-rated player at his position, according to Pro Football Focus.

It wasn’t the most promising sign for the Vikings considering Samia likely will be filling in at right guard for the foreseeable future in place of Pat Elflein, who is out with a torn ligament in his thumb.

“Just got to get better,” Samia said. “Just keep working the techniques and everything that my coaches are harping on me every day. I think there has been a lot of improvement in practice. I’ve got to learn to take that to the game and bring it out on game day.”

While there is certainly room for improvement, Samia said it was nice to get his first start under his belt. He added that there were “some good things and some bad things” from the game as a whole.

“I didn’t feel out of place out there,” said Samia, the Vikings’ fourth-round draft pick in 2019 out of Oklahoma. “That was probably my biggest positive from that game.”

Maybe it’s a good thing Samia has that intestinal fortitude despite being manhandled for most of the game. It proves at the very least that he believes he can turn things around.

“You’ve got to get the positives out of this,” he said. “This is a huge learning experience. You only learn from failure. You’ve just got to take it to the next week.’’

It doesn’t get any easier with the Tennessee Titans coming to town.

“I think we are in a good place,” Samia said. “We understand that our backs are up against the wall and it’s time to fight.”

Vikings receiver Adam Thielen no longer has best bud Stefon Diggs on the field with him. Has that changed the way opponents defend him?

“Maybe,” Thielen said. “I don’t know. It’s hard to say with different opponents, different game plans, and things like that. At the end of the day, again, that’s the situation we have, and we have to figure it out.”

After boasting the best pass catching duo in the league for the past couple of seasons, the Vikings are now relying on Thielen to shoulder the load with a bunch of unproven receivers working alongside him. Meanwhile, in two games with his new team, the Buffalo Bills, Diggs has 16 catches for 239 yards and a touchdown.

Not that Thielen is making any excuses.

“You have to find ways to win individually,” he said. “That’s probably the thing I’m most frustrated with. There were a few opportunities (and) it ended up not in my favor. You have to just go back to the drawing board, get some more work in and get prepared for the next week.”

Asked specifically about preparing for the Titans, coach Mike Zimmer provided a laundry list of things that team does well offensively.

He talked about how quarterback Ryan Tannehill has been a godsend since taking over at quarterback, lauded the hulking offensive line filled with maulers, and credited tight end Jonnu Smith for his playmaking ability.

“And obviously Derrick Henry is a big strong powerful back with speed to get to the perimeter,” Zimmer said. “They do a nice job offensively.”