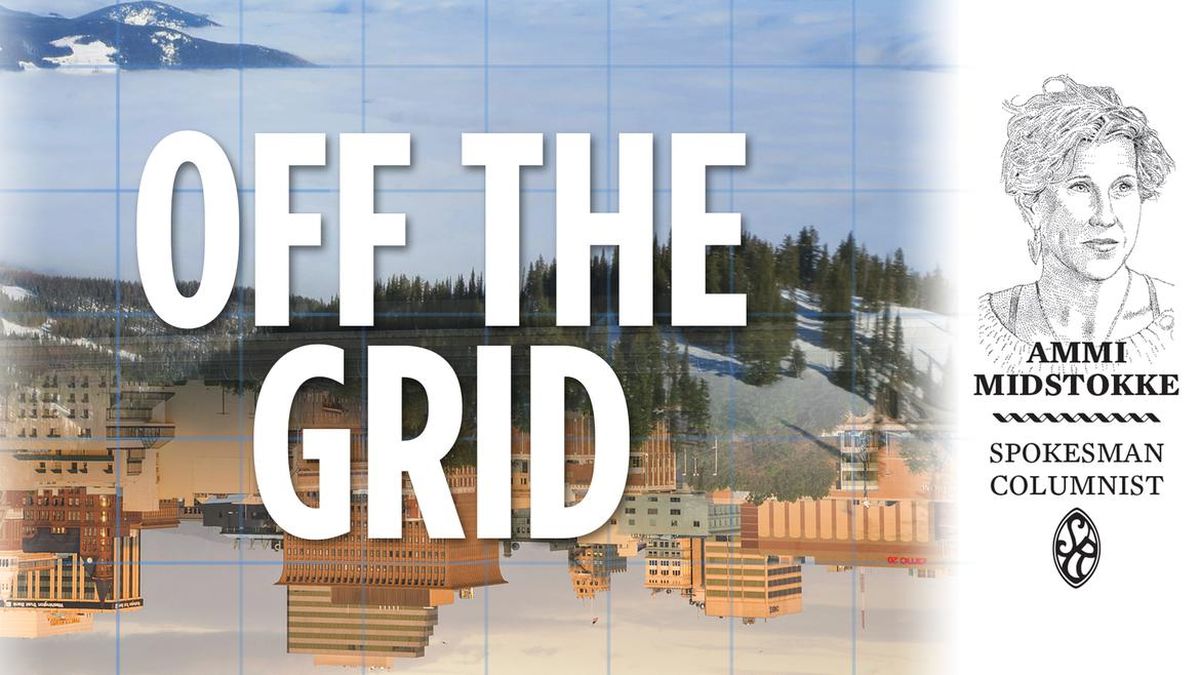 There are entire manuals available on how to deal with the emotional fallout of the impending doom of our planet. Some might argue they were written for the snowflakes, but now I hope there are a few extra copies for me.

When I started out on Saturday morning, the sun was not yet up. I was bound for a scouting trip, to find a passable route around or over the iconic Lion’s Head peaks of the Selkirks. By “passable,” I mean that my husband will not threaten divorce if I happen to suggest that route for our next hiking trip.

I refer to a lot of things as “hiking” when they often involve scrambling, scraping, jumping, clambering, scooting, swearing, bounding, bleeding and clinging for dear life. On this day, I even had to climb down a tree, which I am pleased to report was also done with a backpack, thus qualifying it for inclusion under the umbrella of “hiking.”

The trek started with an unforgivable bushwhack. For hours, I forged my way through thick trees and steep slopes of alder and huckleberries. It was one of the most delicious bushwhacks I have experienced, but even the plump, sweet berries did nothing to dull the struggle of the relentless upward push.

The pine needles in my shorts stabbed my rear end with every lunge. There was blood dripping down my right knee, smearing about like war paint with each brush of a berry bush. I had to squint so as not to lose an eyeball on the next pokey branch I would walk into. While not entirely different from other adventures I embark upon, the suffer index on this one was pretty high.

There is an assumption or belief that I must be rather an exercise addict of sorts. There ought to at least be an explanation for a near pathological commitment to this activity level. Sometimes I suspect I even subscribe to that belief, as if I must go do these things despite the misery, or worse: I find solace in that misery.

I wondered these things as I scrambled up a granite face, over a scree field, and paused to look at a steep outcropping of exposed rock I would need to follow to summit. I am not a fan of crossing no-fall zones, mostly because my record for not falling isn’t that great. I gathered my calm and my courage and picked my way across, then clambered up the last ragged edges of the mountain to reach the summit.

The smoke had blown in by then, and as I perched on the summit, awaiting my reward, I was instead greeted with a bleak and dismal view of reality.

The world is on fire.

I cannot escape it.

In that moment, I knew that I do not come to the mountains, run miles, get lost, explore, or otherwise for the sake of cardiovascular health or a version of masochistic trauma recovery. I come here for perspective. To be reminded that my problems will come and go but the mountains and forests remain. They are a source of trust and stability. A constant in a world of inconsistencies.

And now they are burning and I am the unwitting hospice nurse to an inevitable demise.

I sat there staring out at the khaki sky. I could almost make out the shape of the nearest ridges. I felt sick from the smoke, suffocating in the sorrows of others and a million trees. Unable to see the horizon, I wrote my name in the summit log and picked my way back down the mountain. I felt as though I had emptied my soul on the climb, only to be denied nourishment at the top.

As I descended through the slopes of granite and gnarled forest, the smoke settled in a thick blanket, filing the gaps between trees. I could not see where I had come from or where I was going and knew only that all the determination, grit, strength, and scratches were for naught. I tried to be Buddhist in my approach and focus on the minutia of the tiny wonders of nature, only to be reminded that bugs and chipmunks and children were being scorched by an inferno elsewhere.

Dejected, exhausted, I climbed into the controlled climate of my car for an escape from that reality, only to drive through it for hours. Even the deer on the roadside seem disturbed and confused by our dystopian daylight.

When the tears came, I didn’t try to placate or discourage them. To be devastated by the tragedy that surrounds us, by the seemingly inevitable death of our mother, by the unstoppable, relentless destruction of the planet, is to care about it. It is a healthy response to this travesty.

And it is through that lens alone, one of care and consciousness, that we can create change.