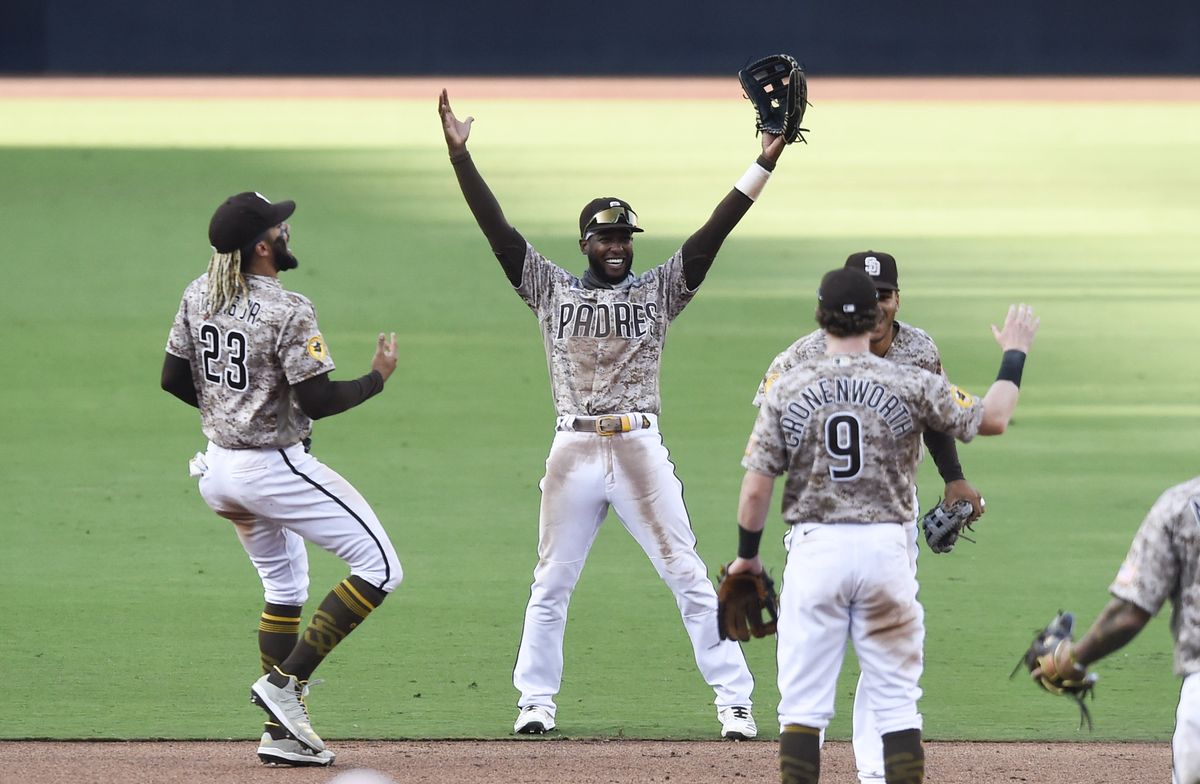 SAN DIEGO – Now, the Mariners can fly back to Seattle to wrap up their final homestand of the shortened 2020 season with games actually played at T-Mobile Park.

As weird as that sentence might seem most years, it doesn’t really raise eyebrows in this unique 2020 season played without fans but with COVID-19 tests, seven-inning doubleheaders and home games on the road.

After poor air conditions around Puget Sound forced an impromptu trip to San Francisco and then San Diego to play five games originally scheduled in Seattle, the Mariners will play perhaps their biggest series of the season starting Monday night against the Houston Astros.

Had the Mariners found a way to pull out an extra-innings victory at Petco Park on Sunday or played better on their “home road trip,” the circumstances surrounding the three-game series against their American League West rival would’ve been dramatic with legitimate implications for a postseason berth.

But with their disappointing 7-4 defeat in 11 innings Sunday, the Mariners limp home with a 23-30 record, losing four of their past five games.

“We are ready to come back,” Seattle manager Scott Servais said in a postgame video conference. “There’s no question about that. I give our guys a ton of credit, you didn’t hear any complaining or anything else about the situation we were in. That’s the hand we were dealt and we’ve got to play the cards that are in our hand.”

After rallying from a two-run deficit to tie the score in the eighth inning on Dylan Moore’s eighth homer of the season and staving off defeat in the 10th inning by matching the Padres with a run scored, the Mariners gave up three runs in the top of the 11th on a bloop double to left, a single and an error.

With Houston’s 3-2 victory over the Diamondbacks in Phoenix, the Mariners fell to four games back in the standings and five games back – due to Houston owning the tiebreaker – to secure second place in the division for an automatic playoff spot.

“I can’t fault our effort at all on this entire trip,” Servais said. “The guys have come in and they’ve prepared like they should. They’re learning. They’re making adjustments along the way. These were meaningful games for us, and we’re learning a lot from it. We’ve got some more meaningful ones, a big series coming up against the Astros, so we’re excited to get back home.”

Since they swept the Rangers in a four-game series to get within 1 1/2 games of the Astros on Sept. 7 and improve to 19-22, the Mariners have lost eight of their past 12 games.

What has the team learned in that span?

“What it takes to win in close games like this, which is our goal, to play and win in these types of games that are close and have pressure situations,” Moore said. “I think as long as we learn from them and have success and have some failure, and learn from the failure, it’s better than not learning and getting blown out.”

The magnitude of the games with Houston has devolved from “maybe they can do it” into “miracle needed.”

With only seven games left to play, even a series sweep over the reeling and wounded Astros might not be enough. And remember, Seattle is 2-24 against Houston over the past two seasons.

San Diego starter Dinelson Lamet was dominant and at times unhittable, pitching six innings and allowing one run on two hits with two walks and 10 strikeouts to improve to 4-1 in 11 starts this season and lower his season ERA to 2.07. Of his 86 pitches, he threw 65 strikes, including 17 swings and misses. He recorded first-pitch strikes to the first 14 batters he faced – all outs. Of the 21 batters he faced, he threw first-pitch strikes to 18 of them.

Seattle went hitless for the first 4 2/3 innings. With two outs and Evan White at the plate, Lamet failed to throw a first-pitch strike for the first time in the game and also went to his first 2-0 count. He battled back to get it 2-2, but White hammered a 97 mph fastball through the left side for Seattle’s first hit.

Tim Lopes followed with a double down the left-field line on a 1-2 slider that allowed White to score all the way from first base even with a stumble, tumble and rumble while rounding third base.

Mariners starter Justin Dunn held the Padres without a hit through five innings while issuing three walks and striking out five.

But given a 1-0 lead, his outing unraveled in the sixth.

With one out, he walked Eric Hosmer and then came back to strike out Manny Machado. But a first-pitch double from Mitch Moreland that bounced over the wall in left-center put the go-ahead run in scoring position.

Wil Myers’ three-run homer to deep center made it 3-1.

“He made a mistake,” Servais said. “And I know he’s upset, but I don’t want the whole outing to be clouded by one bad pitch, because he certainly took a huge step forward today in what he’s trying to get accomplished. One bad pitch cost him there in the end, but he’ll learn from it. And the only way you learn is you’ve got to be out in those spots. And they’ll take a lot of good from that today.”

He doesn’t get that watching a reliever try to clean up his mess.

“It stings right now,” Dunn said in a postgame video conference. “But the situation will come up again for sure in my career and hopefully next time I will make the pitch. I definitely think that this experience will help in that category.”

Dunn’s teammates picked him up and kept their postseason hopes alive against old friend Emilio Pagan.

Pinch-hitter Luis Torrens singled to right field to start the inning. With two outs, Moore turned on a 2-0 fastball, sending a low line drive over the wall in left field for his eighth home run of the season. The two-run shot tied the score at 3-3.