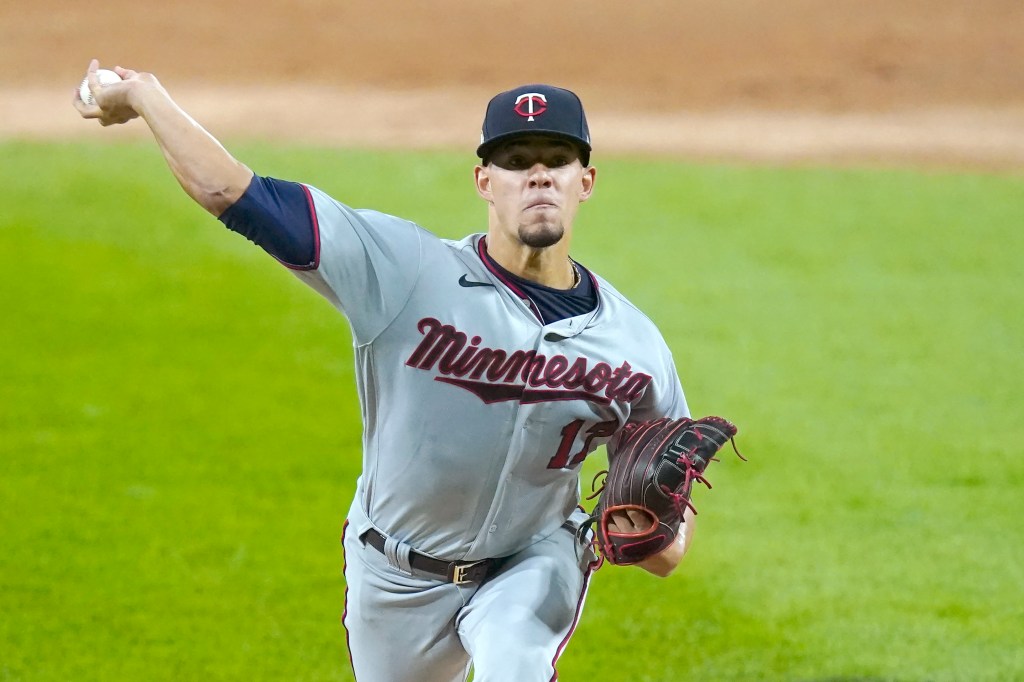 CHICAGO — There’s a good chance Yu Darvish will be crowned the National League Cy Young Award winner later this year. But Sunday night, he wasn’t even the best starting pitcher on the mound.

No, that was Jose Berrios.

In what promised to be an exciting pitching matchup, Berrios outdueled Darvish as the Twins beat the Cubs 4-0 and shined on ESPN’s Sunday Night Baseball, their first appearance in the coveted time slot since 2010.

In his second scoreless start of the season — the other was exactly a month earlier — Berrios tossed six innings, giving up just four hits. Heading into his Aug. 20 start, Berrios had a 5.92 earned-run average and had walked at least three batters in each of the three games prior.

“I turned the page. I just said, ‘It’s September. New month, new opportunity,’” Berrios said. “Obviously I know I have great ability and great talent. The only thing is I have to execute better. That’s what I did.”

Two of the outs Berrios recorded on Sunday night came against his brother-in-law, Cubs (31-22) shortstop Javy Baez. Berrios got him to foul out to LaMonte Wade Jr. at first base in his first at-bat and then got him to ground into a fielder’s choice later in the game. That fielder’s choice was a big play at the time, as third baseman Josh Donaldson nabbed Willson Contreras at the plate trying to score.

Berrios has faced Baez twice in all-star games, but never during the regular season.

“With Javy, everybody knows Javy Baez in baseball, but I know him like family. We spent a lot of time together back in the offseason, and we kept chatting back and forth. When I faced him tonight, it’s like I’m facing my brother or something,” Berrios said. “…It was special, and it was wonderful for me to face him tonight.”

While Berrios was keeping Baez and co. quiet at the plate, the Twins were making Darvish work. Though they only came away with one run in the first inning, which scored on an Eddie Rosario RBI single, they forced Darvish’s pitch count up, loading the bases in the process.

“It was important to … get off on the right foot and not let Darvish settle in right away,” manager Rocco Baldelli said. “It set the tone for us. We had good competitive at-bats all night. You know he’s good at what he does, but I don’t think we made it easy on him tonight. He made mistakes. We hit some balls well. And really forced him to work, because if you don’t force him to work, he’ll throw into the eighth inning without much problem or hesitation.”

The Twins added another run an inning later after Jake Cave tripled and Max Kepler brought him home on a groundout to second base that Jason Kipnis made a nice diving stop on but didn’t have a play at home.

It was Kepler again who ended Darvish’s night in the seventh inning, taking his eighth home run of the season out to right field. The two-run home run was the 100th of Kepler’s career and the last pitch Darvish threw. It was part of a three-hit day for Kepler, who entered Sunday hitting .160 in eight games in September.

“It hasn’t been the easiest of years. On and off the field, it’s been a lot to adjust to. But tonight, I felt like my mind was clear,” Kepler said. “We’ve been working in the cage a lot with (hitting coach Edgar Varela). I just took the work back out to the field and simplified everything and it fell into place tonight and I’m thankful for it.”

Kepler’s day at the plate helped gave the Twins’ bullpen some wiggle room. Trevor May and Taylor Rogers both threw scoreless innings, as did Sergio Romo, though the Cubs loaded the bases off of him in the ninth before he got Nico Hoerner swinging to end the game.

With the win, the Twins ended a pivotal 10-game stretch against three good teams — Cleveland, the White Sox and the Cubs — 6-4 and now head into an off day before hosting the Tigers.

“I thought we showed up on this trip. In the games we lost, we played some tight, really competitive ball games that we just weren’t able to pull it out in but our guys kept — they just never quit, they kept going and now we get to go home and I think we should feel good about what we’ve done and I think we can go home on a good positive note and get ready to go,” Baldelli said.