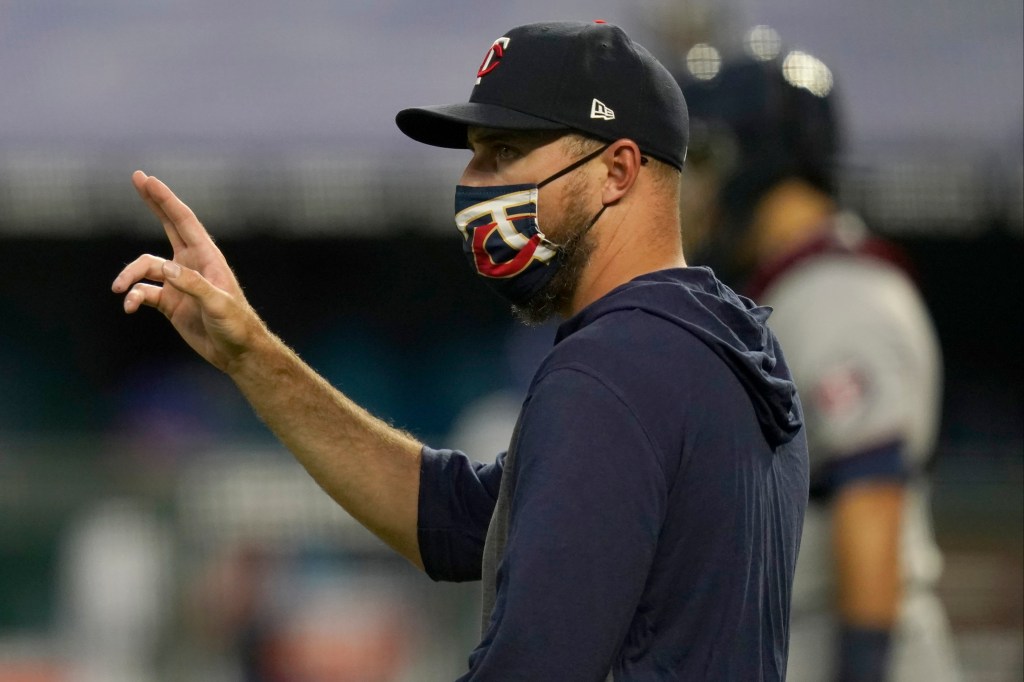 CHICAGO — The Twins secured a spot in the playoffs on Saturday night in Chicago, but they have plenty to play for as they enter the last week of the regular season.

There’s a division title on the line, for one. And home-field advantage.

While the Twins haven’t been mathematically eliminated from winning the American League Central for back-to-back seasons yet, the odds of that are slim. The Twins are two games behind the Chicago White Sox, who hold the tiebreaker between the two teams. Though the teams went 5-5 against each other in head-to-head matchups, the White Sox have a better record against other division foes.

So, home-field advantage becomes the main focus, with the chance to host the first round three-game series at Target Field on the line. The Twins are currently matched up to play the New York Yankees. The Twins hold the No. 4 seed and would host the series. The Yankees would be the No. 5 seed.

Perhaps having a home-field advantage, despite not having any fans in attendance, is more important to the Twins and the Yankees than most teams. That’s because those two teams have the top home records in the majors.

“Our guys have played exceptionally well at home. I don’t have a particular reason why. We seem to play very loose. We seem to play very successfully.  Our pitchers throw the ball very well. And our hitters have had good at bats at home. That’s really it,” manager Rocco Baldelli said. “But I truthfully have no idea why that’s the case. I would wager a guess that guys are just more comfortable and relaxed.”

The Twins are 21-5 at Target Field, and the Yankees are 21-7 at Yankee Stadium. The Twins have five more regular-season home games left to play.

“I think that’s probably fair to say for almost anybody across the game is when you’ve been home, it has been a little bit more normal,” president of baseball operations Derek Falvey said. “It certainly has not been a normal year on many levels. But at least when you’re in your own apartment and in your own bed, it feels a little more like it does during the regular season. Certainly, when you’re on the road in a hotel, there’s not a lot of other things you can do.”

The Twins won’t necessarily have the advantage of being at their own apartments or houses even if they are hosting — all teams will be staying at hotels during the Wild Card Series to limit possible exposure to COVID-19 —  but would still prefer to stay in Minneapolis and not have to travel to New York. After the Wild Card Series, all American League teams will head to a bubble in Southern California.

“Having the home-field advantage for the Wild Card Series, I think it’s really important for us, as it is for a lot of teams,” said starter Jake Odorizzi, who is on the injured list. “If that’s a meaningful game where we need to win it, that’s my day to be activated, so I’m eligible for that.”

Nelson Cruz was out of the lineup for the second straight day dealing with some knee soreness. Baldelli said he was doing fine, and they expect him to be OK to play after Monday’s off day. … The Twins’ appearance on Sunday Night Baseball on ESPN was their first since 2010. … The Twins have Monday off before facing the Detroit Tigers on Tuesday and Wednesday.