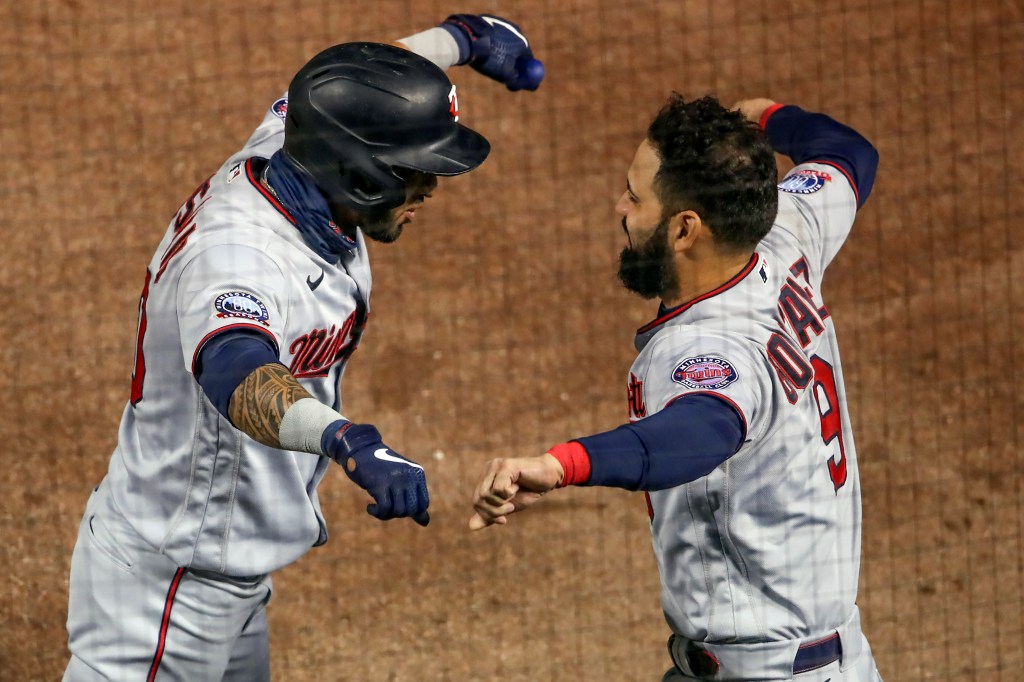 CHICAGO — When Twins manager Rocco Baldelli first addressed his team during spring training in February, he set the expectations as high as he possibly could: This was a team capable of winning the World Series.

When he met with his team again near the beginning of summer camp, Baldelli didn’t need to utter those two magic words again. His players knew the expectations.

Saturday, the Twins took a major step toward that goal: With an 8-1 win over the Cubs at Wrigley Field, they clinched a playoff berth for the second straight season. The Twins used a solid pitching performance from Michael Pineda, home runs from Eddie Rosario, Miguel Sano and Josh Donaldson and a five-run seventh inning to take the second game of the series from the NL Central-leading Cubs.

“We’re not done,” manager Rocco Baldelli said. “We’re just getting going right now. That’s the mentality and that’s the feel in that clubhouse.”

There was a celebration, though perhaps not one quite as raucous as in past years. For one, COVID-19 protocols prevent that. And two, there is more to accomplish. Much more, if they have their way.

But still, there was an acknowledgement of what the Twins have already done.

“You can count on me carrying about six beers into the shower and spraying them all over the place,” catcher Mitch Garver said Friday, a day before the team clinched.

While the Twins are still technically in the hunt for the American League Central title, they trail the White Sox by three games with six games to play. They are currently positioned to take on the Yankees in the first round of the playoffs for the second straight season.

The Twins’ journey last season, after 101 wins and an AL Central title, ended abruptly at the hands of the Yankees. This offseason, Minnesota boosted its roster by signing Donaldson and trading for pitcher Kenta Maeda, among other upgrades. In a 162-game season, they were division favorites, built with enough depth to outlast their opponents.

“It’s still awesome, it’s still the same, but there’s a lot of work left to do and we know that,” reliever Tyler Duffey said.

Though the Twins have had their offensive lulls throughout the season and have dealt with injuries to key players, they’ve been buoyed by strong pitching, entering the day with a 3.61 team earned-run average, fifth in the majors, and an offense anchored by 40-year-old designated hitter Nelson Cruz.

The playoff appearance is the 14th in team history and the first time the Twins have reached the playoffs in back-to-back years since 2009-10.

“You only get so many opportunities to earn something like that, to celebrate it,” Baldelli said. “We’re going to celebrate every time we have the opportunity. The guys are ready. They’re just ready to see what comes next. We’re going to take tonight and have some fun and get ready to go going forward, but we’re going to slow it down for a minute and really enjoy this.”