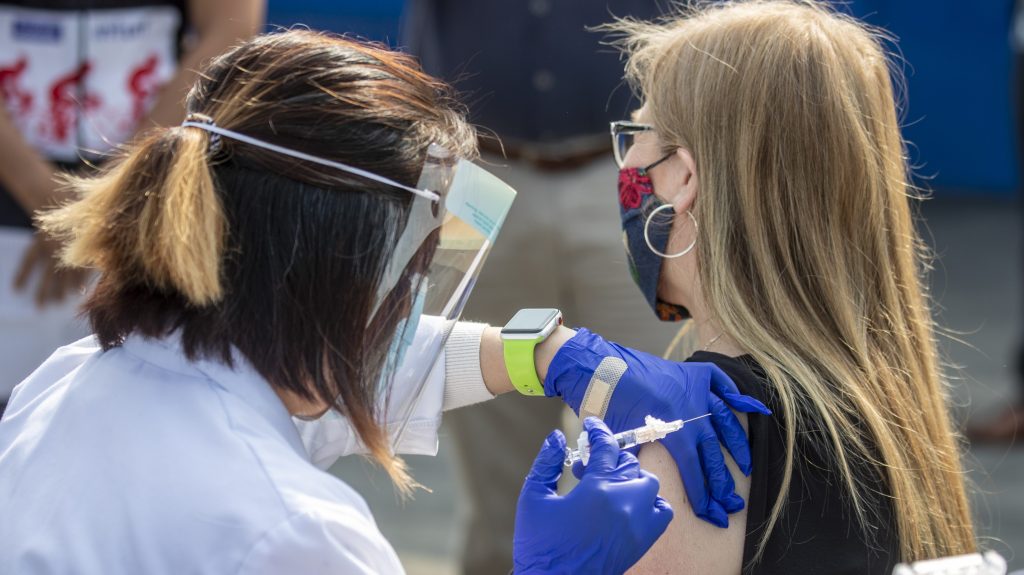 President Donald Trump says we are on track to start delivering and distributing a COVID-19 vaccine sometime in October. U.S. Centers for Disease Control and Prevention Director Dr. Robert Redfield says the vaccine won’t be widely available until the second or third quarter of next year.

Who’s right? Scientists side with Redfield. But the dispute comes at a time of growing worry about whether political pressure from the White House could influence regulators — and erode public confidence in vaccines.

To help you navigate the political thicket and understand what’s really happening, here’s a guide to vaccine approval, the likely timeline and the potential consequences, based on the perspectives of key researchers and regulators.

There’s unlikely to be a vaccine by November:

Vaccine trials aren’t pegged to the calendar. They’re over only when there are enough statistical “endpoints” — data that proves unvaccinated people got sicker than vaccinated people — to make a decision. That takes time.

“I think that it will be hard to be able to have it by November, this early in the game.”

But there should be meaningful vaccine data by the end of the year:

It’s possible to guess — based on the size of the study and infection rates in the community — when a trial will have enough “end points” to show whether a vaccine works. At least one company, Pfizer, said they’re expecting some meaningful data by the end of October.

“My projection is that it would likely be November or December; we don’t know, we’re just going to have to wait to see — the trials are on.”

Even that time frame would be the fastest vaccine development ever, and here’s why:

* The different phases of clinical trials are now overlapped.

A group of independent experts, not the White House, is reviewing vaccine data:

This board, called the Data Safety and Monitoring Board (DSMB), reviews the latest reports — including safety data and infections — from every vaccine trial at scheduled meetings. They report to the National Institutes of Health but they’re not government employees; they’re academic experts. They make recommendations, not rulings.

They work in secret. They are, in principle, independent. We only hear from them if one of these two things happen: a safety problem or proof of indisputable effectiveness.

Right now, the board has access only to the safety data. Effectiveness data is expected to be evaluated at meetings in either mid-October or December.

Traditionally, the next step is for the vaccine manufacturer to seek a license from the FDA:

An FDA committee — called the Vaccines and Related Biological Products Advisory Committee comprising 15 authorities selected by the FDA commissioner — reviews the safety and effectiveness data at a public meeting. Then it votes on whether the vaccine should receive approval. VRBPAC’s next meeting is scheduled for October 22, about two weeks before the election, but it seems unlikely the needed data will be available by then.

The FDA typically follows the committee’s recommendation. But not always.

There is a faster way, called “Emergency Use Authorization,” which allows use of an unlicensed vaccine:

This route doesn’t require completion of a full “Phase 3” trial, during which efficacy is tested in thousands of people. Instead, the FDA may authorize a vaccine based on a surrogate marker, such as evidence of antibodies, rather than actual proof of protection.

In order to balance risk and reward, such an authorization could stipulate the use of the vaccine in a limited population, for example, health care workers or the elderly. Or it could be for the general population. The decision to consider an emergency request would likely be based on the DSMB data.

“You could start giving individuals who are in the high-risk (category), as well as health care workers, vaccines already starting in December into January, February.”

Emergency Use Authorization comes with risks:

Because such an authorization would be issued prior to the completion of a Phase 3 study, it’s harder to assess a vaccine’s true efficacy and benefits. Manufacturers might want to wait for better data before committing to the expensive process of producing the vaccine. And Americans might not trust it or take it, undermining the effort to achieve the “herd immunity” needed to keep people truly safe.

“Many companies’ CEOs are already saying they will not activate the EUA mechanism.”

For all these reasons, the majority of Americans may not receive the vaccine until later:

“The sense of going back to some degree of normality, that very likely would be in the first half to the third quarter of 2021.”

To be authorized, a vaccine only needs to show a reduction in infections or disease severity in at least 50 percent of recipients, according to the FDA’s June guidance document.

Eventually, there will likely be multiple vaccines, each with risks and benefits:

“It’s not going to be black and white. … It’s unlikely you’re going get a perfectly safe vaccine that has absolutely zero risk, and will protect everybody. … It’s probably more likely that the most effective vaccine might actually have the most risk associated with it because it’s going to be activating the immune system to the greatest degree.”

Total transparency is the only way to earn public trust:

“Politicization of the whole vaccine development and rollout process has been really very destructive of the public’s confidence. … Everyone who is involved in vaccine development needs to be as transparent as possible. … If there are people in the CDC and the FDA who are being bullied by people in the administration, that’s going have a huge negative effect on this whole process.”