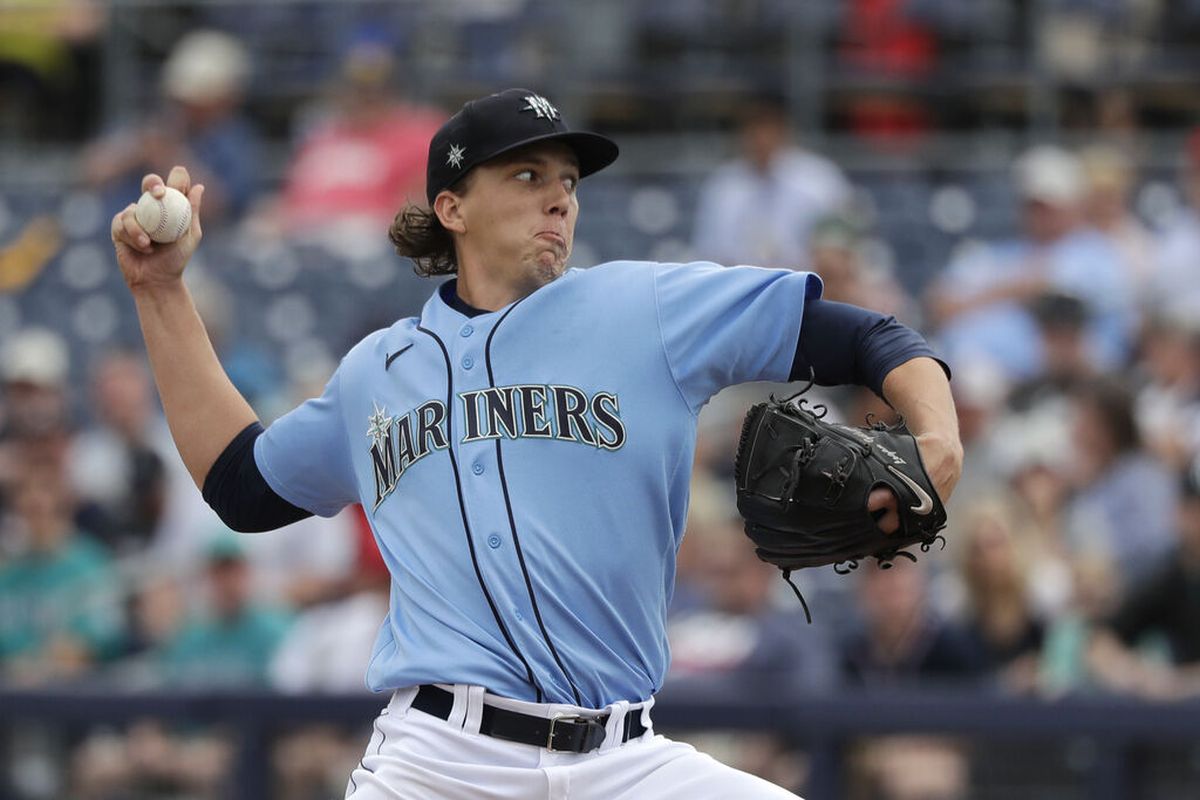 Over the past 20 years or so, Mariners fans have only occasionally had reason to be excited this time of year.

There was 2003, when the remnants of the 116-win 2001 team finished second in the American League West, three games back of Oakland and a couple back of Boston in the wild-card race.

And in 2007, the year manager Mike Hargrove bailed and the M’s ended up six games short of the Angels in the West, was also pretty fun if memory serves us.

You might even consider 2016, when Scott Servais’ first team was in the wild-card hunt in September.

But that’s about it.

So maybe it’s easy to understand why playoff fervor hasn’t invaded the Northwest this truncated and unique season, even as the M’s enter the final 10 days within shouting distance of Houston for a playoff spot.

Why bother? We all know it isn’t happening. Not this year.

Besides, the Seahawks have started and, really, that’s what’s important, right? That way you’re rooting for a team that not only has a shot at the postseason but actually could win the final game of the year.

There are other reasons, of course. The M’s three-game deficit going into Saturday night’s game in San Diego is actually four due to a 2020 rule that brings in a tiebreaker instead of the usual one-game playoff. The Astros won six of the seven games between the teams, not only earning them the edge in the tiebreaker but in the court of public opinion as well.

Even with all its injuries, Houston is a better team. As is Toronto, current holder of the final wild-card spot. The Blue Jays possess a four-game lead over the M’s as of Saturday.

Besides, the Mariners weren’t really playing to win this season. We were informed of that, in words from general manager Scott Servais and in practice with the roster construction, before the season began in late July.

This is another of their “step-back” seasons.

The M’s are building for long-term success. That’s why the bullpen is made up of might-have beens, one-year wonders and learning-this-level arms. That’s why trades were made at the deadline, sending reliable veterans to contending clubs and taking young, might-be-solid players in return.

And that’s why the franchise’s brightest prospects, such as 21-year-old outfielder Jarred Kelenic and 23-year-old pitcher Logan Gilbert, have spent their late summer in Tacoma, practicing and honing their craft against others with potential and this season’s reserves.

In the past week, before the Mariners hit the skids with four consecutive losses, there was even a thought of bringing up Kelenic and Gilbert for a playoff push.

Veteran Seattle Times columnist Larry Stone, who spent much of his career covering the M’s, advocated for just such a move early this past week.

That would be such a Mariner-like mistake.

The unspoken reason – if general manager Jerry Dipoto did slip and utter the real motive out loud, there would be heck to pay with the players’ union – Kelenic and Gilbert are in Tacoma instead of spending today in San Diego is control.

At this moment Kelenic and Gilbert are, under the current rules, tied to Seattle until following the 2026 season. If they stay put now and spend about three weeks in the minors next season, their free agency moves to after 2027.

Now some of us might not be around in 2027, so we have little patience with this strategy, and haven’t all season. But it’s the direction Dipoto has decided to take.

Changing lanes now will not just cause a fender bender but may bring the rebuild plan crashing down.

Let’s put it this way: Would you rather have Kelenic and Gilbert for some 10 games at the end of this year and 20 at the beginning of 2021 or have them locked into a Mariners uniform for 162 games in 2027?

The best result if Kelenic and/or Gilbert are recalled would be the M’s catch and pass Houston. They end a 20-year drought and make the playoffs. That’s it. That’s the ceiling.

There is no chance this team is winning the World Series.

And there is the reality making the postseason this pandemic-altered year isn’t what the postseason should be. No home games, no excitement, heck, no traffic jams around the corner of Edgar and Dave.

The Mariners still fall short this season. Come 2026, Kelenic and Gilbert are just coming into their own as stars. And they cash in their get-out-of-Seattle card.

Now, wouldn’t that be exciting?