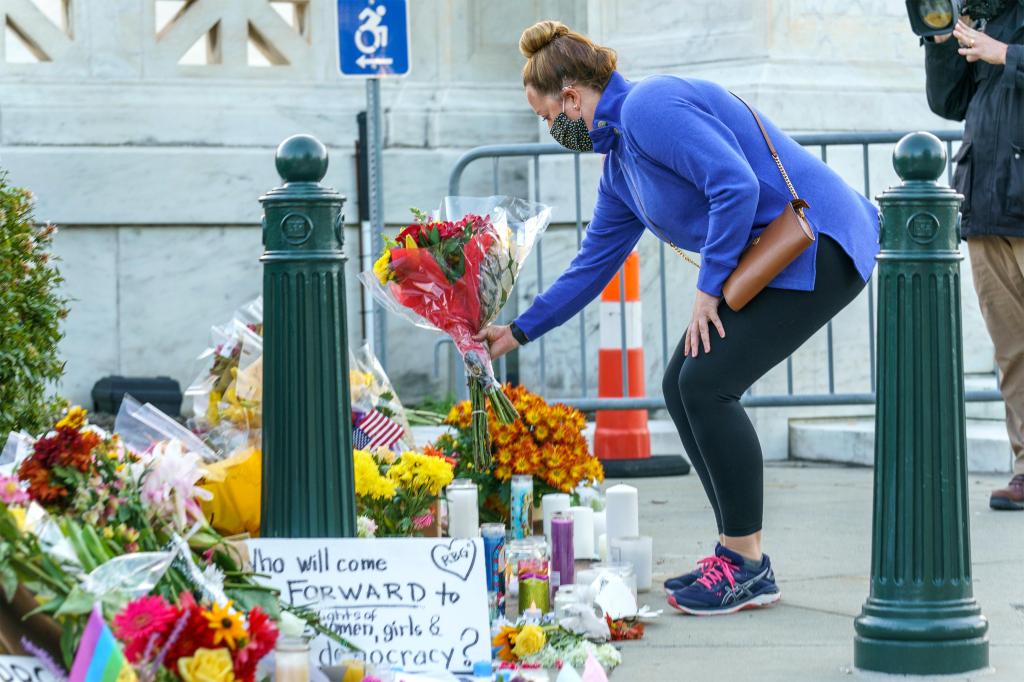 WASHINGTON (AP) — Democrats raised more than $71 million in the hours after Supreme Court Justice Ruth Bader Ginsburg’s death, demonstrating how the liberal icon’s passing and the contentious nomination fight that lies ahead have already galvanized the party’s base.

The jaw-dropping sum was raised by 9 p.m. Saturday after news of her death broke late Friday, according to a donation ticker on the website of ActBlue, the party’s online fundraising platform.

The 2020 campaign, which will decide control of the White House and the Senate, had already delivered record-shattering fundraising totals for the Democrats, a sign of the motivation within the party to rebuke President Donald Trump on Election Day.

But Ginsburg’s death brought new impetus to the campaign, particularly after Trump and Senate Majority Leader Mitch McConnell, R-Ky., both pledged to move forward with finding a new justice.

That would further tilt the court in a conservative direction, carrying wide-ranging implications for the fate of abortion access, environmental regulations and health care.

Though ActBlue hasn’t yet disclosed who the biggest recipients were, Democratic challengers to Republican senators were in line to benefit from the influx of cash.

A group of Democratic strategists raising money through an effort called “Get Mitch or Die Trying,” which shares donations among Democratic Senate contenders, reported that within hours of Ginsburg’s death they more than doubled what they had previously raised.

“In tribute to the extraordinary life of Justice Ginsberg, I’m matching donations to this fund up to $10,000 tonight,” tweeted Grey’s Anatomy showrunner Krista Vernoff.

Sen. Brian Schatz, D-Hawaii, included a link to the fundraising effort in his tweet: “Don’t pick your favorite candidate or the one you’ve heard of. Give here. I repeat, this money goes directly to the most competitive races, not just the most famous candidates.”

“In this moment it is vital to give to Senate candidates,” reads an ActBlue fundraising page called “Protect RBG’s Legacy”

“Time to apply maximum pressure so that they do the right thing & refuse to vote to confirm before the 2020 election.”

Democrats were not the only ones who raised the specter of the coming Senate nomination fight while raising money.

“BREAKING: The future of the Supreme Court is on the line,” read the subject line of fundraising email from Ernst.

“Our Conservative values and Constitutional rights are now on the line,” the email said. “The next Supreme Court nominee will shape major decisions for decades to come.”

“This email never should have gone out,” she said in a statement. “Though I never saw it, it was sent out under my name and I take responsibility for it. Tonight, my prayers are with the family of Justice Ginsburg.”

On Saturday, Trump’s campaign also texted out a fundraising solicitation to supporters.