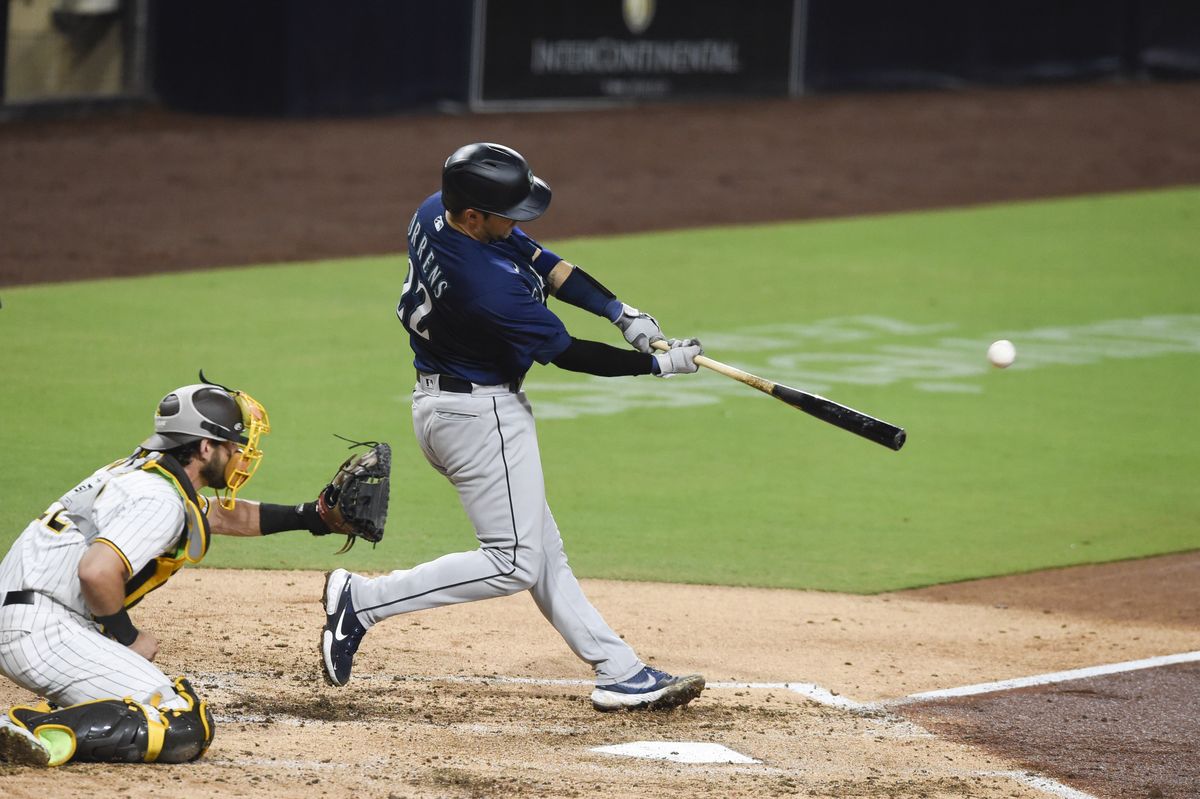 SAN DIEGO – The San Diego Padres will have to wait at least one more day to clinch their first playoff berth in 14 seasons after former teammates Ty France and Luis Torrens led the Seattle Mariners to a 4-1 victory Saturday night.

The Padres, who have the NL’s second-best record behind the rival Los Angeles Dodgers, were in position to clinch a spot in the expanded playoffs after the Cincinnati Reds lost 5-0 to the Chicago White Sox. But France hit an RBI single in the first inning off rookie Luis Patiño, who started after Mike Clevinger was scratched with biceps tightness, and Torrens had a two-run double in the third off former Mariners reliever Dan Altavilla (1-3).

Kyle Lewis homered off Adrian Morejon in the fifth, his 11th, and left-hander Justus Sheffield (4-3) held San Diego to one run and six hits in six innings, struck out five and walked two. He threw a career-high 99 pitches.

Yoshihisa Hirano loaded the bases with no outs in the ninth before starting a 1-2-3 double play on rookie Jake Cronenworth’s comebacker. He retired Jurickson Profar on a grounder for his third save in three tries.

San Diego’s magic number remains at one going into Sunday’s finale in the series that was moved from Seattle because of poor air quality due to wildfires.

France and Torrens were sent to Seattle in a seven-player trade on Aug. 30 that dealt Altavilla and catcher Austin Nola to San Diego.

Not only were the Padres forced to go with a bullpen game, but they ran themselves into three outs in the first three innings, two of them in the third inning.

San Diego’s Fernando Tatis Jr. broke out of a slump when he doubled to the warning track in left-center opening the third off Sheffield. Tatis hugged his former teammate France before Manny Machado drove him in with a single. Machado was then thrown out trying to take second on Nola’s flyout to left. Wil Myers singled and was thrown out trying to steal second.

Machado, who hit two home runs in Friday night’s 6-1 win, was easily thrown out on the front end of a double-steal attempt in the first. He had been part of a successful double steal that led to a run Friday night.

Tatis singled in the fifth to put runners on first and second with one out, but Machado forced Tatis and Nola grounded out to end the threat.

The Padres last reached the playoffs in 2006, when they won the NL West for the second straight year and were then eliminated by the St. Louis Cardinals for the second straight year. They have never won a playoff game at Petco Park, which opened in 2004, and haven’t won a postseason series since beating Atlanta in six games in the 1998 NLCS before being swept by the New York Yankees in the World Series.

The right-hander was scratched several hours before first pitch. Manager Jayce Tingler said Clevinger should be able to start in a few days, and might be able to make two starts before the playoffs, with the second one being a brief appearance.

After going hitless in three games for the first time in his two-year big-league career, Tatis extended his slump to 0 for 13 when he struck out looking in the first. He then doubled and singled. He had been just 2 of 31 in his previous nine games.

Padres: Activated 1B Eric Hosmer from the 10-day injured list, just 12 days after he broke his left index finger while trying to bunt. To make room for Hosmer and Patiño, C Francisco Mejía and RHP Luis Perdomo were optioned to the alternate training site.

Padres: RHP Dinelson Lamet (3-1, 2.12) is scheduled to make his 11th start. He’s coming off an 11-strikeout performance in a 7-2 win against the Los Angeles Dodgers.