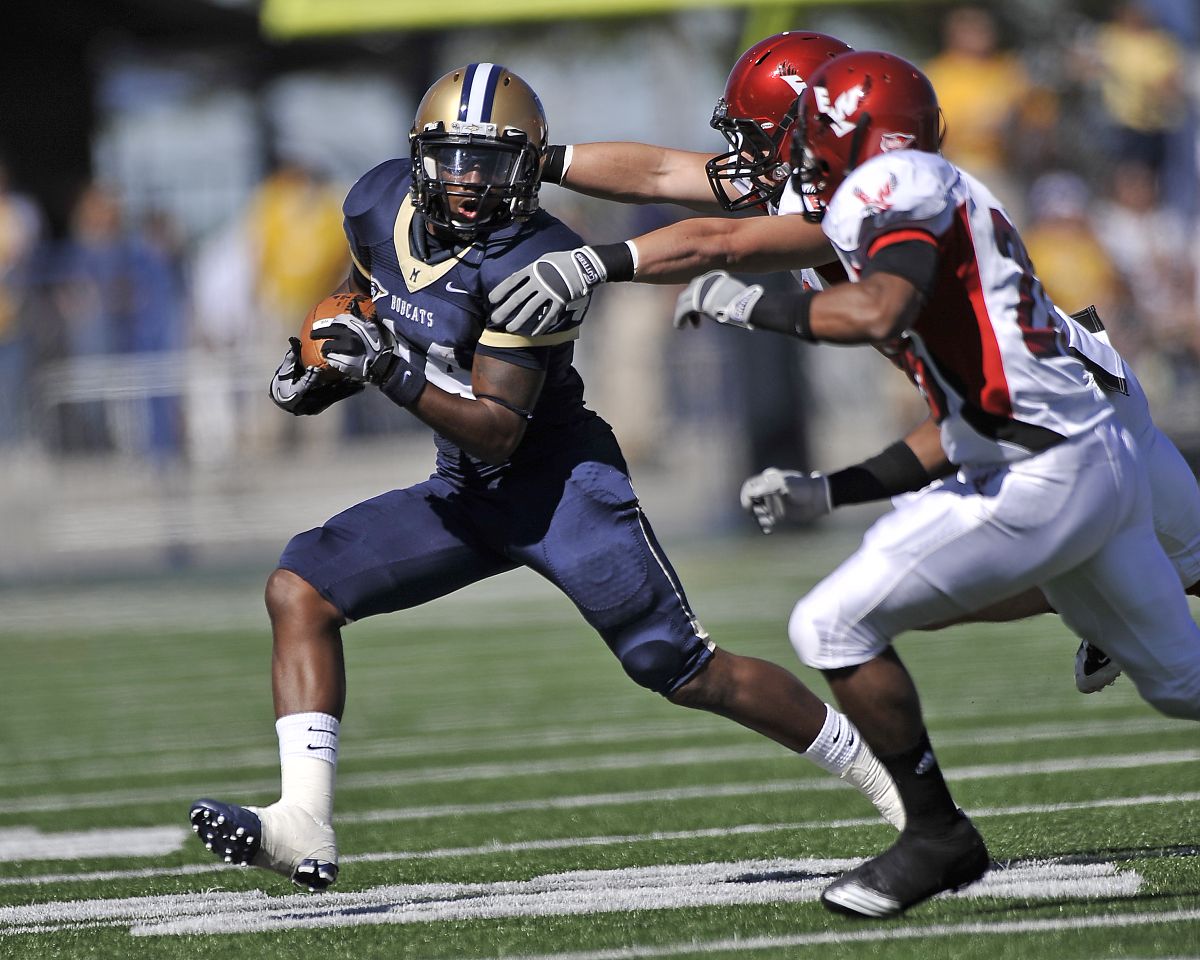 Six years removed from Eastern Washington’s humbling 30-7 Week 4 loss to Montana State in Bozeman in 2010 – the Eagles’ only Football Championship Subdivision defeat in their national title run – Minter evoked the memory at a Calgary Stampeders practice.

Minter, who had stops with the Dallas Cowboys and Cincinnati Bengals, played a big part in No. 17 Montana State’s upset of the ninth-ranked Eagles, who had just come off a thrilling 36-27 home win over rival Montana.

Minter intercepted Mitchell in the first quarter and rumbled 53 yards for a Montana State touchdown, putting the Eagles in an early 13-0 deficit they didn’t overcome.

“We were coming off a high after beating Montana, then hit a low,” said Chris Powers, an All-Big Sky EWU offensive lineman who now works in sales in Maple Valley, Washington. “Everything felt off. The elevation in Bozeman was different. It was a tiring game.”

Mitchell was a pedestrian 24-for-49 passing for 272 yards and touchdown for the Eagles, who went 6 for 17 in third-down situations.

A hampered Taiwan Jones hurt EWU the most that day.

Jones, the future NFL draft pick who was leading the FCS in total yards at the time, had 12 carries for 65 yards in the first half against the league’s top rushing defense. Jones had one carry in the second half, a 2-yard loss, and didn’t return due to injury.

“We knew they were going to get (Jones) on the edges and we had to put (our helmets) everywhere,” Minter recalled. “With the defense we had that year, it wears on a team.”

EWU made it a 13-7 game in the second quarter when Mitchell connected with Nick Edwards on a touchdown pass, but Montana State scored on a fake field goal to it 20-7 with less than 2 minutes left in the first half.

EWU and Montana State went on to share the Big Sky crowd this season, the first of three consecutive titles for the Bobcats.

The Bobcats ended a seven-game losing streak to EWU.

“That was the game we really started to believe and went to win those three championships,” Minter said.

EWU’s loss steered the Eagles in the right direction.

“That bus ride back to Cheney was miserable. Nobody talked,” Powers said. “It was a come-to-Jesus moment. We knew we had to figure some things out.