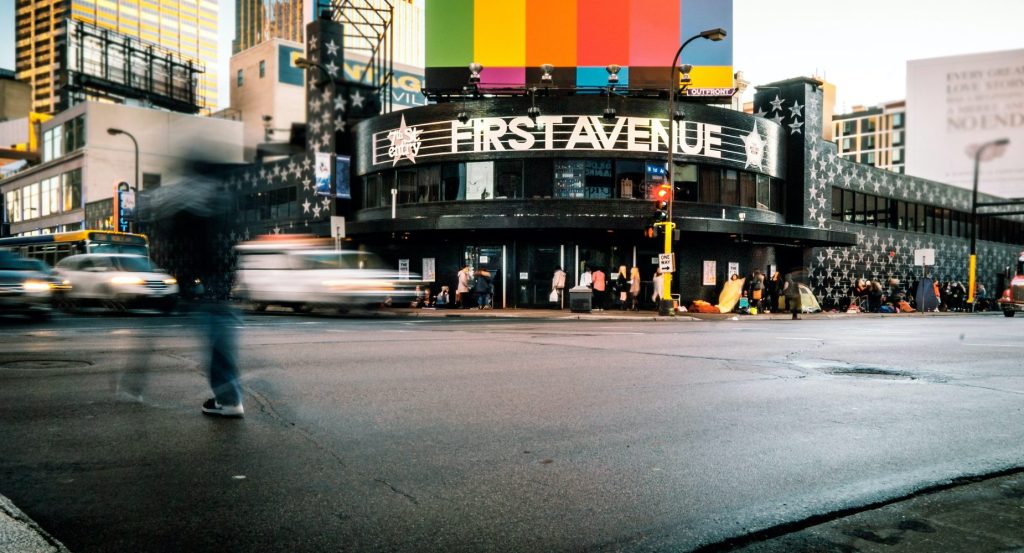 COVID-19 landed with a thud in March and First Avenue took the blow like everyone else.

“Our last show was on the 12th, our last day in the office was the 13th and by the 16th we had moved every show in March,” said marketing director Ashley Ryan.

But the legendary downtown Minneapolis nightclub – which owns and runs the Depot Tavern and Fine Line Music Cafe in Minneapolis and the Turf Club and Fitzgerald Theater in St. Paul and co-runs St. Paul’s Palace Theatre – didn’t waste any time in looking for a fix.

First Avenue president Dayna Frank joined other independent clubs across the country to form the National Independent Venue Association with the stated goal to “fight for the survival of independent venues, their employees, artists, fans and their communities.”

The first order of business for NIVA was to convince Congress to address the looming financial disaster in the concert business, which shut down in mid-March and may not open up again until the new year. In the first month, NIVA got more than a million people to write letters to their representatives.

In May, Senators Michael Bennet (D-Colo.) and Todd Young (R-Ind.) introduced the Restart Act to “provide funding to jump-start the hardest-hit businesses for the remainder of 2020.” Last week, Democratic Minnesota Sen. Amy Klobuchar co-authored the Save Our Stages Act with Sen. John Cornyn (R-Texas), which asks for $10 billion to help music venues through the next six months.

“I don’t want to lose music in America,” Klobuchar told Rolling Stone. “You can’t have creative music and allow new artists and people like Prince – before he was a superstar in our state – without venues where they can perform.” She added that concerts were a big part of her life growing up as a suburban kid.

“We’re all thankful, and I think a little surprised, for such a new organization to have any voice or any impact,” Ryan said. “I think it speaks to the massive effort from every venue and every promoter.”

Related: Here’s how two Twin Cities venues got live music up and running during the pandemic

These days, First Avenue’s staff – which plummeted in size from about 400 to a small skeleton crew – is focused on the ongoing process of rebooking postponed shows and spreading awareness of NIVA and its goals. Ryan said the group’s website, nivassoc.org, has a new, updated letter fans can sign and send to their representatives.

Another benefit of NIVA is that now that venue owners are more closely connected, they can share their experiences with attempting to stage live concerts in a safe manner under pandemic guidelines.

Ryan said that, for now, First Avenue and its many stages are staying dark. With the current 25 percent capacity guidelines — and probably even at 50 percent capacity, Ryan said the expenses would outweigh any potential revenue. On top of that, until the virus is contained across the country and virus hotspots are eliminated, no bands are going to risk booking a nationwide tour.

“Right now, it’s like the industry is in a holding pattern,” she said. “We’re waiting. Everyone’s waiting.”

One thing NIVA learned is that 90 percent of its venues say they can last only six months with the industry in shutdown.

“We’re at four months now,” Ryan said. “We have already seen venues that have closed and are not reopening.”

Ryan said that First Avenue will be able to last beyond that six-month period. But what if live concerts don’t start back up until, say, next summer?

“Next summer seems very far away.”