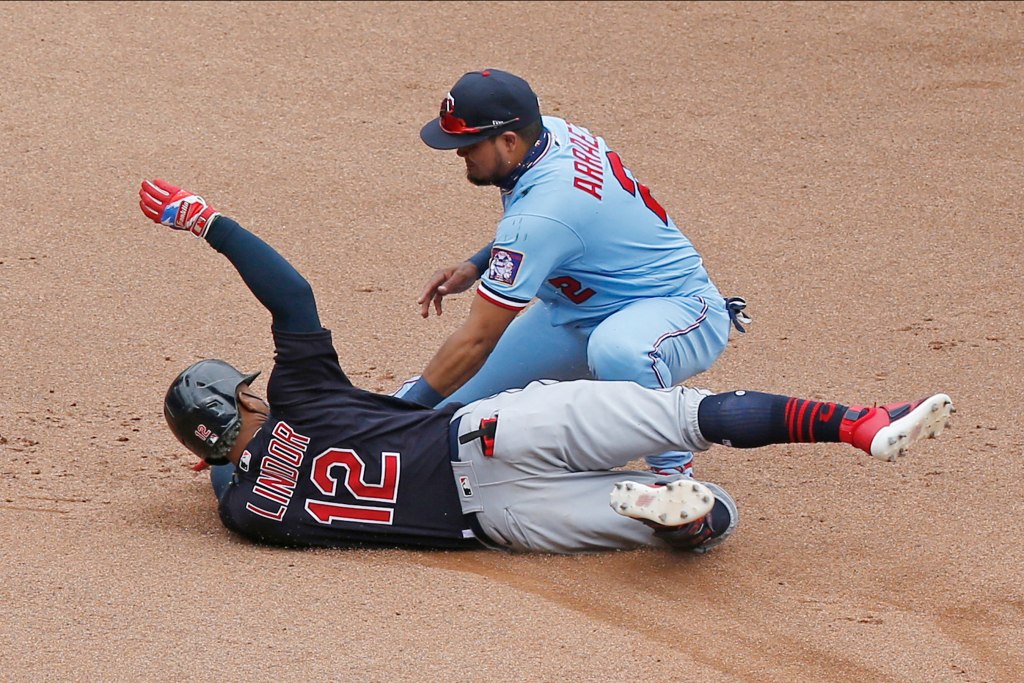 Six Twins pitchers held the Indians to two hits, and Max Kepler doubled twice and scored two runs as the Twins beat Cleveland 3-1 at Target Field and expand their lead in the American League Central.

Catcher Mitch Garver, who entered the game in a 2-for-15 slump, hit a solo home run for a 2-0 lead in the second inning.

The Twins used opener Tyler Clippard to start the game and he retired all six batters he faced. Devin Smeltzer (1-0) had the day’s longest stint, 2.2 innings, and gave up the Indians’ only run when Cesar Hernandez led off the fourth with a double and scored on Francisco Lindor’s one-out double.

Lindor tried to stretch the hit into a double, but Twins left-fielder Eddie Rosario played a bounce off the wall and fired a strike to second baseman Luis Arraez to nab Lindor and avoid a big inning. After walking Carlos Santana, Smeltzer retired Mike Freeman on a shallow fly to left snagged by a hard-charging Rosario.

Matt Whisler, Tyler Duffey and Trevor May allowed just two base-runners, on a walk and an error, before veteran right-hander Sergio Romo pitched a 1-2-3 ninth for his second save.

“It’s very well known that this team can hit,” Clippard said, “but the baseball world is starting to learn that we can pitch.”