Census takers will soon be knocking on doors of those who have not filled out forms. Here’s what to expect 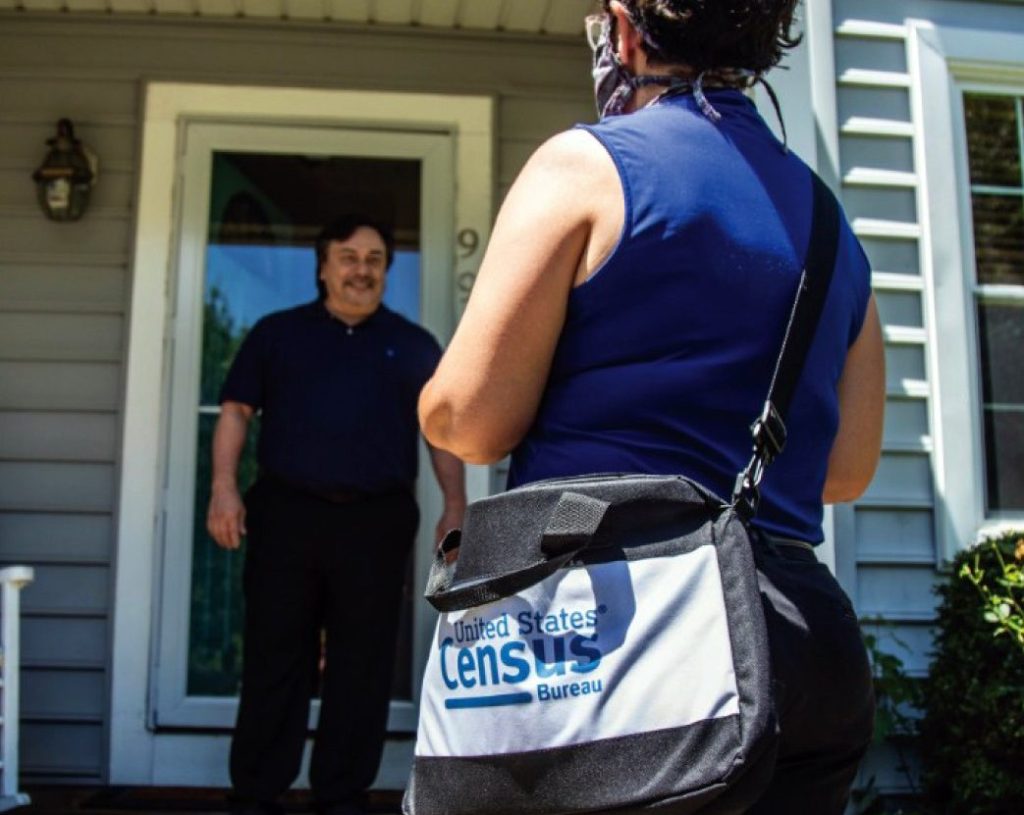 In less than a week, census takers will begin knocking on local doors to ensure Minnesotans complete the 2020 census.

The census occurs once every 10 years, however protocols and timelines had to be changed this year in light of the COVID-19 pandemic.

The census is a count of everyone in the United States and where they live. It determines where federal funding is allocated, such as schools, roads and other resources. It also plays a crucial role in how many congressional seats states are allotted and how much representation communities get.

“Census data really does affect everyone in our community, so we want to make sure that we get a complete count of everyone who does live here,” said Sam Fettig, Minnesota partnership coordinator with the U.S. Census Bureau.

The census has been available for the public to self-respond to since mid-March. As of July 28, Minnesota had a self-response rate of 72.1 percent — the highest in the country. For those who have still not completed the census form, workers will begin knocking on doors in Minneapolis on Aug. 6, and throughout the rest of the state starting on Aug. 11, but with some new guidelines.

Census takers were supposed to be already finishing up coming to people’s doors. The original timeline for door knocking to take place was from May until the end of July. This timeline has now shifted to Aug. 11 to Oct. 31 due to the pandemic. The original deadline to complete the census was July 31, but that has also been extended to Oct. 31.

According to the Pew Research Center, four in 10 people say they won’t answer the door to a Census taker. If someone still won’t respond to the Census or can’t be reached in person, census takers will ask a proxy, such as a neighbor or landlord, to help complete the survey. Occasionally, the U.S. Census Bureau uses statistical techniques to fill in gaps.

WHAT TO EXPECT IF A CENSUS TAKER COMES TO YOUR DOOR

The census taker will be wearing a mask. The U.S. Census Bureau is not requiring residents to wear masks, but residents are encouraged to do what makes them most comfortable, and can wear a mask if they wish.

The census taker will also maintain a distance of at least six feet from the resident. The entire process will take place outside the resident’s home. All census takers will have completed online training on how to maintain proper social distancing, Fettig said.

“We want to protect the health and safety both of our employees and of the public,” Fettig said.

The lack of some languages that the census is offered in such as Somali and Hmong has been a concern of Minnesota community members.

WHAT INFORMATION YOU SHOULD BE PREPARED TO GIVE

Residents should be prepared to answer the following questions:

Some residents such as undocumented immigrants may be apprehensive to give information to the government. However, all information that is collected by the U.S. Census Bureau is confidential, Fettig said. The information won’t be shared with other federal agencies, law enforcement or landlords.

“It’ll only be used for producing these statistics that guide really important decisions that affect everyone in our community, regardless of citizenship status,” Fettig said.

THERE IS STILL TIME TO SELF-RESPOND