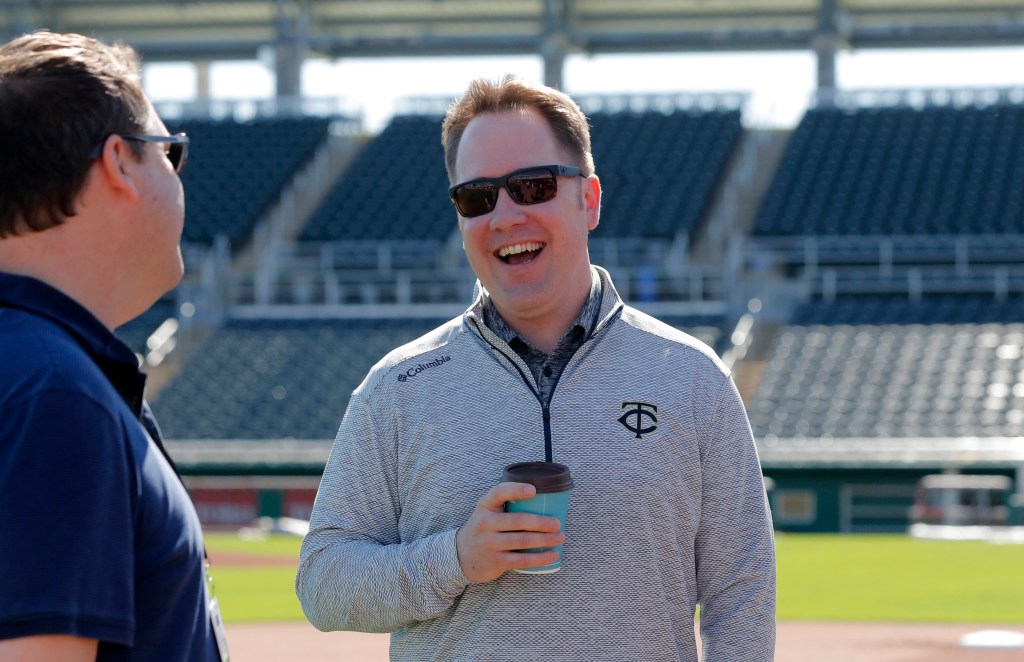 When Major League Baseball started this 60-game season, they gave teams a 30-man active roster through the first 15 games, plus a three-man road taxi squad and another 27 players available in a “depth” camp.

So why did the league postpone 18 games because of COVID-19 outbreaks among players and staff on three teams through Friday?

Well, Twins president of baseball operations Derek Falvey said, it’s all in the timing. And the logistics, and each situation. Under MLB protocol, players are tested every other day.

With the absence of a minor league season this summer, the depth pool is there for teams to replace small numbers of potentially COVID-positive players. But sometimes, Falvey said, testing “results are coming in late at night.” And the hole left in the Miami Marlins, up to 18 players on Friday, was simply too big to plug.

The Marlins and Philadelphia Phillies haven’t played all week, and aren’t scheduled to play through Sunday. That also idled Toronto and Washington on Friday night. The St. Louis Cardinals and Milwaukee Brewers had their game postponed after two Cardinals players tested positive.

That game will be made up as part of a doubleheader on Sunday. Each game will be scheduled for seven innings.

“I do think the key to the 60, and those 30 additional players in your depth camp, is so if you do have a few positives and you have to just replace those for a period of time, you’re set up well to do that,” Falvey said.

WHOSE CALL IS IT ANYWAY?

The Marlins played last Sunday at Philadelphia despite learning that morning that three of their players had just tested positive for COVID-19. What would the Twins do in a similar situation?

Certainly they wouldn’t automatically postpone the game, because it’s not up to teams.

“In the protocols themselves. There’s no hard and fast rule on what transpires should we find that out or have that happen,” Falvey said. “In our protocol, our internally developed protocol, it would be to immediately call Major League Baseball.”

Among rules all teams employ, tams must isolate positive players for 14 days, and they must have two negative tests a day apart to be cleared to play again.

“But with respect to the game and playing the game, we would certainly work with Major League Baseball as to what happens next,” Falvey said. “We don’t have the control to cancel a game. Obviously, it has to go through the league, and ultimately, it’s the commissioner’s decision as to whether or not to play based on all of the information he has available to him.”

Minor league infielder Nick Gordon, 24, who tested positive for COVID-19 during intake testing before the July 3 start of summer camp, remains in isolation. He has yet to register consecutive negative tests.

“He remains in a good place overall but has yet to clear those protocols,” Falvey said.

Wilfredo Tovar, a veteran shortstop who also tested positive during intake, has since been cleared and is back with the depth pool at CHS Field in St. Paul.

First baseman Miguel Sano, who missed most of camp while quarantined with COVID, was out of the lineup Friday. So was center fielder Byron Buxton, who has played twice since missing more than a week of camp with a sprained left foot.

Sano was 1 for 17 with a single and eight strikeouts in five games.

“He did a good job of dealing with this quarantine period that he was in, and let’s not forget he’s dealt with COVID itself,” manager Rocco Baldelli said of Sano. “You add all that together and it’s not totally surprising that he may not start out amped up, ready to go and at 100 percent.”

Third baseman Josh Donaldson, who doubled and scored in the first inning, was replaced by Ehire Adrianza in the second inning because of tightness in his right calf. He is day to day.