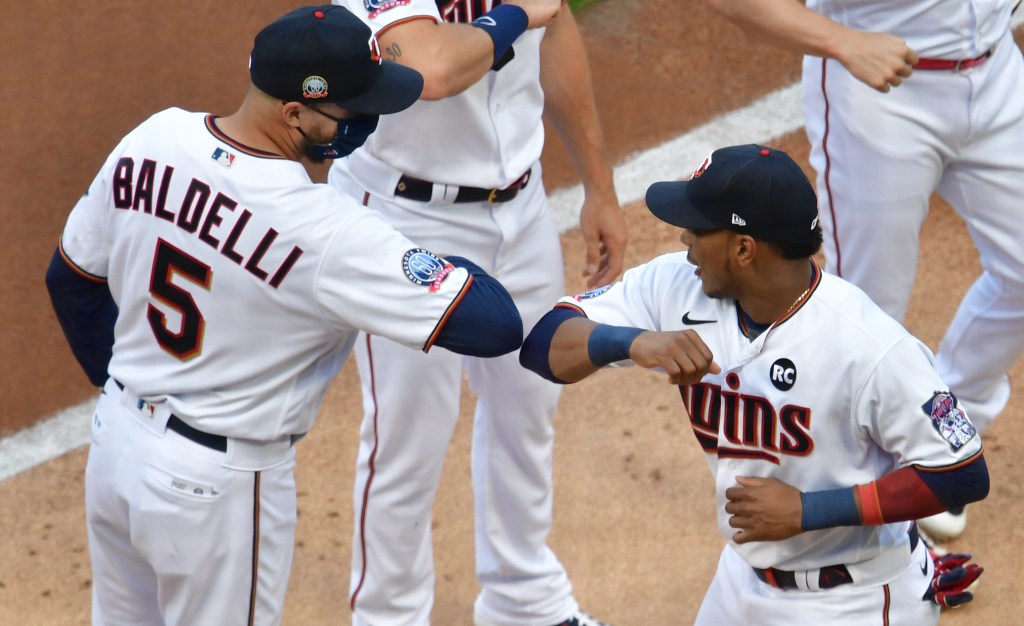 The Major League Baseball season abridged to 60 games by coronavirus this summer on Friday seemed closer to being canceled than being completed with a World Series in October. Much closer.

And it didn’t take long to get here.

A week into a season that opened July 23, baseball had postponed 15 total games because of players and staff testing positive for COVID-19, the potentially deadly respiratory disease caused by the novel coronavirus that has killed more than 153,000 Americans.

The Twins nearly became one of them, but a day of rapid testing convinced MLB their game against the Cleveland Indians could go on as scheduled.

Twins players were still lined up outside Target Field in the late afternoon waiting to be tested when baseball decided it would not postpone a 19th game this season because of baseball’s most recent, albeit small, COVID outbreak. Two St. Louis Cardinals players tested positive as the result of testing conducted Wednesday in Minneapolis, where the Cardinals were finishing a two-game series against the Twins.

The Twins put all Tier 1 and Tier 2 personnel through “rapid testing,” a nasal-swab test that bears results within 20 to 30 minutes. The results were enough for MLB to let the game be played — the Twins didn’t have a single positive test — but Twins president of baseball operations Derek Falvey said, “That doesn’t mean we are entirely in the clear. We have to make sure that we test and monitor over the next few days as well, having had some contact with the team.”

The Miami Marlins haven’t played since Sunday, when the team voted to play at Philadelphia despite learning that morning of three positive COVID tests, and won’t through at least Sunday. Same for the Phillies. By Monday, it was revealed that more than a dozen Marlins players and staff members were COVID positive.

That number had grown to 20 by Friday.

That, the Cardinals news and a near-miss for the Twins made it clear that after just a handful of games — the Twins entered Friday’s game with a 4-2 record — the 2020 season is teetering on the brink of collapse.

“I was concerned the other day,” Falvey said. “Am I more concerned today? Absolutely. It would naïve of me to say otherwise.”

It began leaking late this week that the Marlins’ outbreak appeared to be linked to players going out on the town after an exhibition game last week in Atlanta, and Friday’s small outbreak prompted Commissioner Rob Manfred to warn the Major League Players Association that if its members weren’t more careful away from the park, the season could quickly be shut down.

Televised games have shown that not all players are social distancing, spitting on the field, slapping hands and wearing masks in dugouts; but the league is more concerned with what players are doing away from the park.  Minnesota hasn’t logged a positive test since before summer training started on July 3, and Baldelli and Falvey praised the work of Twins players so far but preached vigilance.

“I do really believe that it ultimately comes down to personal responsibility, and I bet some groups are doing a better job than others,” Baldelli said. “It’s human nature, and some of it is by chance. You can do everything right and still it may not work out perfectly. … It’s hard to really know. But I’ll say our guys have done a good job. But it doesn’t mean that we’re done trying to improve and do an even better job.”

Falvey echoed the sentiment but acknowledged that among 900 players on active rosters through the first games, there are bound to be breaches.

“I think it’s something we all know,” he said. “Guys go on the road, and even at home, we’re trying to keep everyone being consistent with the protocols. Have I heard of the occasional breakdown in that? Sure. But our focus is just to make sure our players know the risk associated with that, and maybe in light of those rumors and potential reasons for these outbreaks, that guys will be a little more attentive to that as we move forward. I hope so.”