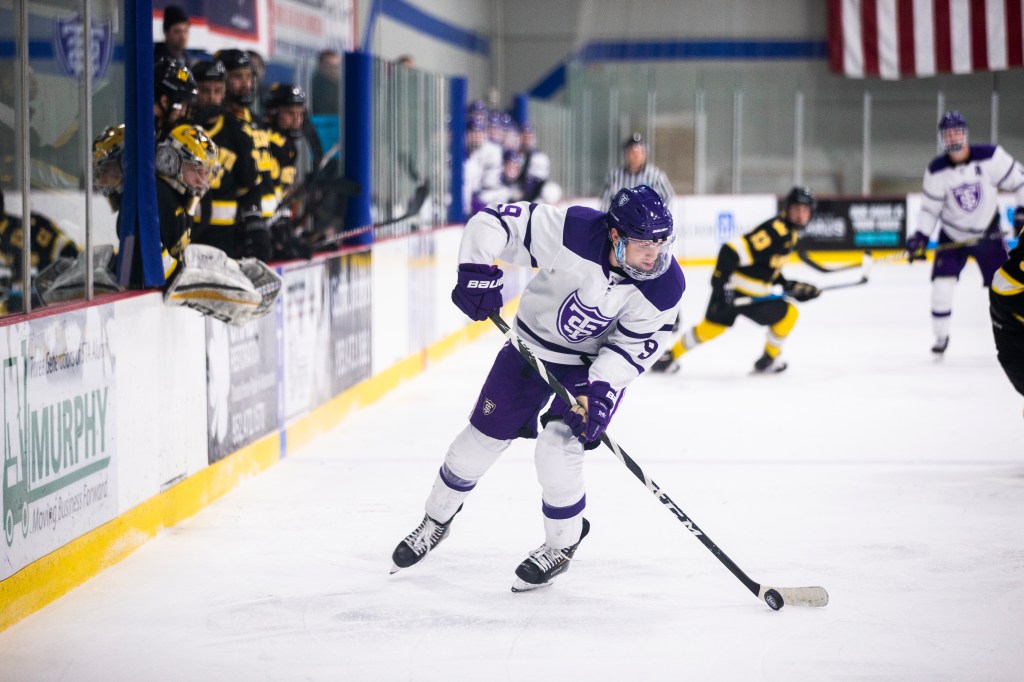 It was almost as if yet another team was leaving the Western Collegiate Hockey Association.

Bemidji State, Bowling Green, Ferris State, Lake Superior State, Michigan Tech, Minnesota State Mankato and Northern Michigan are all scheduled to play their final season in the WCHA this winter, leaving the former powerhouse conference with only three teams for the 2021-22 season.

That is three shy of what the NCAA requires for a conference to receive an automatic bid to the NCAA tournament.

St. Thomas, which announced last month it will compete next season at the NCAA Division I level, was one of several schools Robertson has been trying to convince to join the WCHA, and the only school that fit the conference’s traditional identity of uniting Upper Midwest powers with those others west of the Mississippi River.

It appears now that if Robertson is able to keep men’s WCHA hockey afloat, he will do so without a single team from Minnesota, Wisconsin or North Dakota.

“I was disappointed in the news from the University of Saint Thomas, but understand their position with trying to limit their travel for men’s ice hockey,” Robertson told the Pioneer Press. “I had been talking with their Athletic Director, Phil Esten, for close to 15 months on joining the men’s WCHA.”

The WCHA has been losing teams since the Big Ten formed its own hockey league prior to the 2013-14 season, taking heavyweights Minnesota and Wisconsin with it. That inspired the creation of the National Collegiate Hockey Conference, which pilfered Minnesota Duluth, St. Cloud State, North Dakota, Colorado College and Denver.

The traditional WCHA, which began in 1951 as the Midwest Collegiate Hockey League, won a combined 28 national championships. Now it’s down to Alaska, Alaska-Anchorage and Alabama-Huntsville, which this spring declared it was dropping its program before getting a one-year reprieve.

Although St. Thomas has been playing Division III hockey, startup programs such as Penn State and Arizona State have proven it’s possible to compete quickly in Division I hockey, which comprises 59 teams in six conferences.

Located in the heart of the Twin Cities market, St. Thomas would have been a coup for the WCHA, which, led by Minnesota and Wisconsin, remains arguably the mightiest women’s conference in the nation. St. Thomas will join that women’s league starting in the 2021-22 season.

Now Robertson must piece together a disparate group of startups with no regional ties to keep the men’s conference alive. Among teams he is courting: Arizona State, Long Island University, Lindenwood University in St. Charles, Mo. — which played a club schedule in 2019-20 — and Simon Fraser of Vancouver, B.C., which is working on the process of becoming Division I team.

“I’m hopeful we can get some traction soon,” Robertson said, “but time is of the essence to add some additional institutions in the near future.”