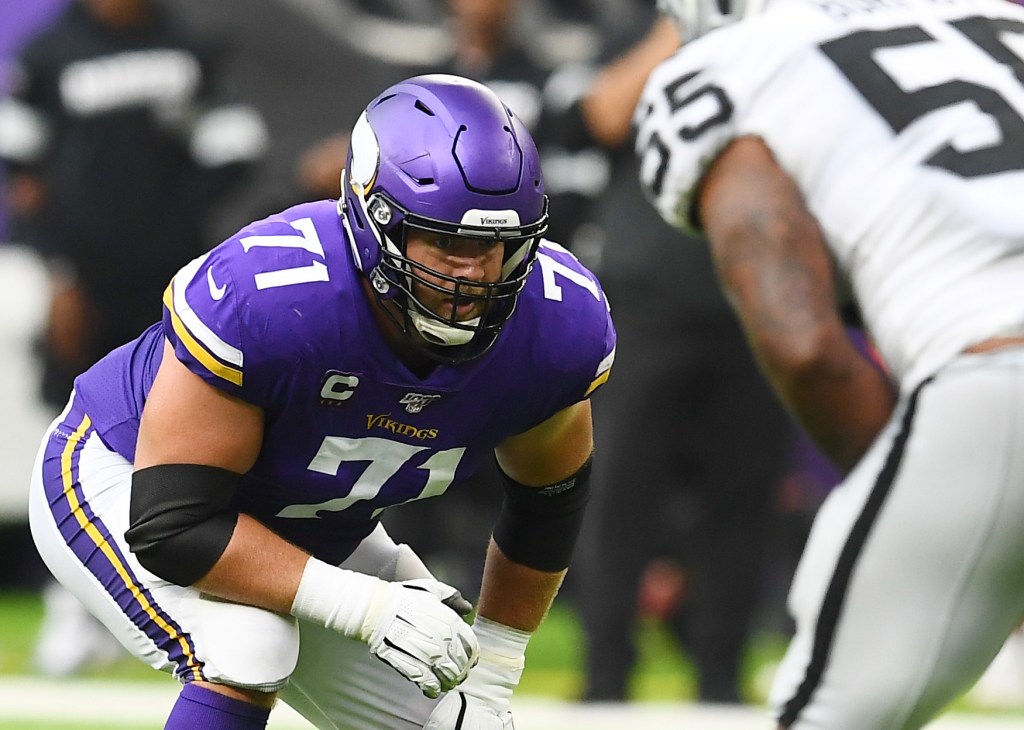 The Vikings parted ways with several high-priced veterans over the offseason. That could happen again next year.

Due to the coronavirus pandemic, NFL revenues are expected to significantly decrease this season. That means the salary cap could plummet, falling from $198.2 million in 2020 to perhaps as low as $175 million in 2021. And the Vikings already were facing some cap issues for 2021 before the pandemic hit.

Even an up-and-coming player such as safety Anthony Harris, 28, could be in his last Vikings camp. He is playing on a one-year, $11.441 million franchise tag, and Minnesota might not be able to afford him next year.

“Obviously, it’s not great news for the Vikings,” Jason Fitzgerald, who runs the site OvertheCap.com, said of the potential for a reduced cap next season. “The Vikings are probably going to go from around (a projected $30 million) under the cap to probably ($10 million) over the cap. But they have a lot of flexibility. It’s not like they don’t have players they can release.”

In salary-related moves in March, the Vikings released nose tackle Linval Joseph and cornerback Xavier Rhodes, and did not re-sign defensive end Everson Griffen and cornerback Trae Waynes. They traded highly paid receiver Stefon Diggs to Buffalo, though money wasn’t the primary reason for that deal. And the only significant salary they handed out in free agency was nose tackle Michael Pierce’s three-year, $27 million contract.

The NFL and the NFL Players Association have agreed that the cap will be no lower than $175 million next season. Many are expecting that will end up being the number if NFL teams play before limited or no fans in 2020.

The union website lists the Vikings as having $12.231 million of cap room for now. However, that counts a $5 million figure for Pierce, who requested being placed on the reserve/opt-out list for this season because of respiratory issues, and will have his contract toll to next year.

Fitzgerald believes players on reserve/opt-out lists won’t count on the cap this season. With the NFL considering the top 51 players for cap purposes and Pierce being replaced on that list by a player being paid $675,000, that gives the Vikings savings of $4.325 million this year.

“We’re going to play by the rules,” Vikings coach Mike Zimmer said. “We’ve got a great person to handle the salary cap in (executive vice president of football operations) Rob Brzezinski. You can always extend deals, push things out. There’s so many different things (we can do), and we don’t know for sure (how this will all play out). The minimum is $175 million, but we don’t know if that’s going to be the cap. It could be anything, depending on how this season goes, and no one really knows at that point.”

Still, it would seem unlikely that next offseason the Vikings don’t look to trim more payroll and go with more young players. This year, they selected 15 players in the draft, the most by any NFL team since the draft went to a seven-round format in 1994. They also signed 12 undrafted free agents.

How is Minnesota’s cap looking at this point for 2021? With quarterback Kirk Cousins signing a two-year, $66 million contract extension in March, he is in line for a cap number of $31 million, so his salary could take up as much as 17.7 percent of it.

In addition to Reiff and Rudolph, other highly paid players on the books for 2021 are defensive end Danielle Hunter ($17.75 million cap number), linebacker Anthony Barr ($15.5 million), receiver Adam Thielen ($13.5 million), linebacker Eric Kendricks ($11.05 million) and safety Harrison Smith ($10.25 million). And running back Dalvin Cook, who is being paid $1.331 million in 2020 in the final year of his four-year rookie contract, likely will command big money in 2021.

“I’m actually wondering that if somebody else came out of nowhere, you would look at even considering pulling the plug on Reiff this year because he doesn’t have any guaranteed money,” Fitzgerald said. “But he’s definitely in danger next year.”

The Vikings selected Boise State left tackle Ezra Cleveland in the second round of the draft, but, with on-field spring drills cancelled due to the pandemic, they have yet to seen him in action. Right tackle Brian O’Neill also is a potential candidate to move to left tackle.

While Rudolph is safe for this season, the Vikings do have another quality tight end in Irv Smith Jr., who caught 36 passes last season, a Vikings rookie record for a tight end. Rudolph might need to take a pay cut next year to remain with the team.

“That’s a lot,” Fitzgerald said. “If they couldn’t come to an agreement this year, I don’t know if they can magically come to one next year. They may have to let him walk next season because the price is going to get too high.”

Before a decision is made on Harris for 2021, the Vikings will evaluate the long-term prospects of Harrison Smith, who has made five straight Pro Bowls but turns 32 in February. The final year of Smith’s contract is 2021, and he could be candidate a reconstructed deal before that season.

Under the new collective bargaining agreement, teams are allowed to use just one franchise tag each year rather than two. If Harris isn’t a reasonable candidate to get another tag, the primary candidate for one could be Cook. And the Vikings might end up saving some money on Cook due to the cap going down.

Fitzgerald expects the tag for running backs next year to be a bit more than $9 million after it had been projected before the pandemic to be a bit over $11 million. So, if a long-term deal is not reached by next March on Cook, the Vikings could place such a tag on him.

“Harris’ franchise tag is different because it would be his second one and he would have to be paid at least 120 percent of his 2020 salary,” Fitzgerald said. “But that 120 percent doesn’t apply to Cook since he is on a low salary, so it will be whatever the franchise tag is for running backs.”

A source told ESPN in June that Cook might hold out from training camp if he didn’t get a “reasonable” contract offer. But he reported to camp on Tuesday since, under the new CBA, holding out could have resulted in him becoming a restricted free agent next spring rather than an unrestricted free agent. Nevertheless, having the franchise tag available gives the Vikings leverage to keep Cook around in 2021.

As for some of their veteran players, it could be a different story. Knowing they will need to continue to trim payroll, the Vikings will be counting on many of their young players to show potential this season.