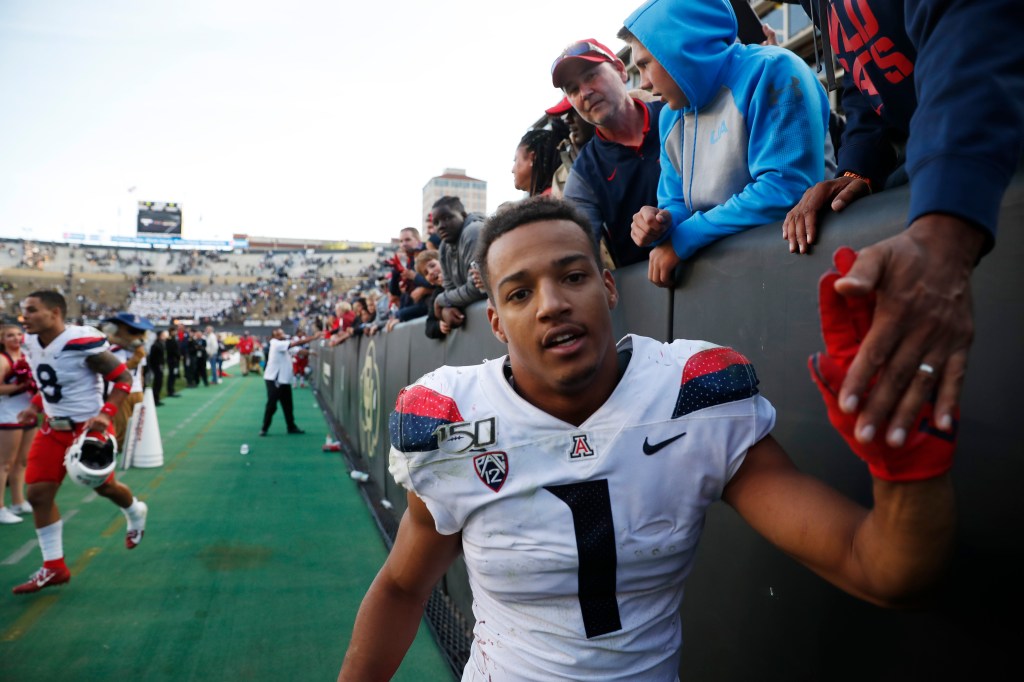 In particular, Minnesota has had success at Desert Pines High School, a strong program in one of America’s fast-growing states. The U’s 2019 roster had two players from that school, and the team hopes to parlay that into a trifecta in 2020.

Safety Jordan Howden started it off in the 2018 class, coming in as a footnote in head coach P.J. Fleck’s second recruiting class at the U.

Howden earned a scholarship after seeing playing time during his true freshman season. He started 13 games and was a leading tackler as a sophomore in 2019, making the highlight reel with his game-sealing interception in the upset of No. 4 Penn State last November, and he will be counted on more — if there is a 2020 season — with All-American safety partner Antoine Winfield Jr. now gone to play for the Tampa Bay Buccaneers.

In the 2019 class, running back Cam Wiley accepted a U scholarship over offers from many schools on the West Coast, including Oregon, Utah and Washington State. The true freshman received rave reviews, with Fleck comparing him to former star Laurence Maroney. At 6-foot-2 and 205 pounds, Wiley had a handful of carries and kick returns in three games and maintained his redshirt season once he suffered an injury near the end of last season.

Now, the Gophers are among the final three schools for University of Arizona graduate transfer Tony Fields II, a linebacker who preceded Howden and Wiley at Desert Pines. Fields’ finalists, shared earlier this week, include Texas and West Virginia.

For what it’s worth, Fields did a Twitter poll to gauge popularity of the three programs. With nearly 10,000 votes, Gopher fans turned out and were the runaway winner at 46 percent. Texas had 34 and West Virginia 20.

Desert Pines head coach Tico Rodriguez said Fields would decline to speak to the Pioneer Press given he’s still making his decision, but Rodriguez shed some light on what Fields might be factoring in.

“We have a thing we say, ‘Desert Pines Product, DPP,’ ”  Rodriguez relayed. “We have a pretty strong brotherhood. Kids talk. … The No. 1 recruiter are kids that are happy.”

Fields is coveted after an outstanding career for Arizona, receiving first-team freshman All-America honors from multiple outlets. He started all 37 games in his career for the Wildcats, finishing with 287 tackles and 8 1/2 sacks.

Meanwhile, Braelen Oliver, one of the U’s 2020 penciled-in starting linebackers to replace departed seniors Thomas Barber and Kamal Martin, was injured just before spring practices were shutdown due to the coronavirus pandemic. The U doesn’t share much information on injuries, and the severity of Oliver’s status remains unclear.

Rodriguez said Fields “just wants something different,” and Minnesota is a contender because of the relationships former defensive back coach Jahmile Addae forged during his one year at the U in 2018.

Addae was at Arizona when Fields committed in 2016 and he is now at West Virginia, adding a layer of intrigue on Field’s recruiting process.

Addae “built a bridge (to Desert Pines) and then Coach Fleck has done a good job of maintaining that relationship,” Rodriguez said.

Desert Pines won its first state championships in Nevada during Fields’ senior year in 2016. (They were 3A out of four classes that season.)

“He is probably, to this day, one of the most competitive kids I ever coached,” Rodriguez said. “He’s a true leader, an alpha male, and the year we won our first state championship, he really drove the team with his leadership and will to win and his competitiveness.”

When Howden transferred in from California for 2017, Desert Pines went back-to-back with another title.

“In 20 years of coaching, he was probably the most under-recruited kid I’ve had, and I think that was due to moving around,” Rodriguez said. “I’ve coached DI defensive backs, and I thought he was as good as any I put out to college. He is very physical and smart and talented, and I think he was just under-recruited. He had all the measurable: size, speed, track star, great film. I think coach Addae saw the film and saw something special in him. They gave him an opportunity. He is taking full advantage of it.”

With Minnesota’s top three tacklers gone from 2019, Howden is the top returning tackler for 2020. He had 57 total tackles, including six pass breakups and that memorable interception in 2019.

With Rodney Smith and Shannon Brooks gone, Wiley appeared to be an option for a bigger role in 2020, but like Oliver, his current status is unclear. He missed the final games of 2019 and was spotted before the regular-season finale against Wisconsin in November wearing an knee brace and using crutches.

But Wiley continues to be an intriguing prospect at an imposing 6-foot-2 and 205 pounds. He missed his junior season in high school because of transfer rules in Nevada, but as a senior had 550 yards and seven touchdowns as he battled an ankle injury. Desert Pines went 8-3.

“He is a tremendous athlete and has a lot of abilities and a lot of raw talent,” Rodriguez said.

Last year, Rodriguez had the nation’s No. 1 tight end prospect, 6-foot-7, 260-pound Darnell Washington. His recruiting drew offers from Alabama, Clemson, Ohio State, Penn State, Minnesota and many, many more before he settled on Georgia.

While seeing countless sales pitches for many players, Rodriguez puts Fleck’s style in the top tier.

“I think he’s phenomenal. He is one of the best young coaches in the country, and he definitely brings a spark and great energy,” Rodriguez said. “He’s a relationship guy, so I just think that kids gravitate to that.”

While the Gophers have had a lull without a player commit since May, their 2020 class remains ranked in the Top 25 in the nation, according to 247sports.com’s ranking. They were in the Top 10 earlier this year.

The U isn’t stopping with Fields. They offered Desert Pines receiver Michael Jackson for 2021 class, but he picked Southern Cal.

The U also has offered 2022 Desert Pines running back Jovantae Barnes and two defensive backs from powerhouse Bishop Gorman, safety Zion Branch and cornerback Fabian Ross. Those four-star prospects have not made early commitments.